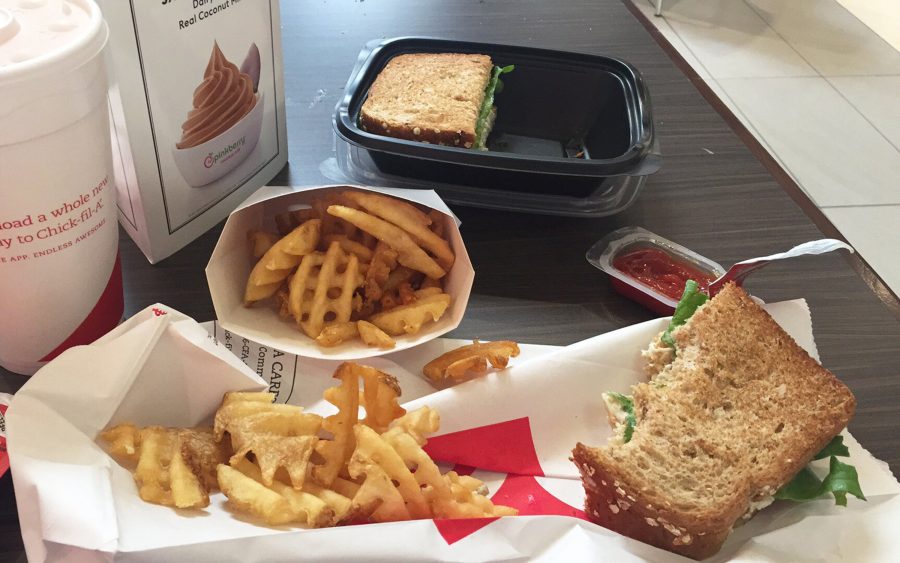 I don’t know if you’re aware of this, but whoever you are, your life just changed for the better.

I’m not saying that you won the lottery or anything, but Chick-fil-a just added chicken nuggets to the Old Gold menu, which is basically the same thing. You read that correctly. Chicken. Nugs.

I know my life definitely took a sharp turn uphill last week. I was standing in line to get some of my favorite sweet tea — the only good sweet tea on the Wake Forest campus. I personally feel the presence of a higher being when I drink that good, southern sweet tea.

Anyway, I was a little hungry, but Starbucks has gotten the best of me this semester. I have less than 100 food dollars left, so of course, I have to budget wisely. There’s no way I’m going to pay real money for food.

I couldn’t pay for my favorite meal, the Chick-fil-a nuggets, because of this dilemma. I was standing in line and heard my stomach growl. “Oh man,” I thought to myself. “I’m starving. I wish I had some nugs.”

At that moment, an angel came and touched my shoulder to get me to turn around to the Old Gold menu. The gates of heaven opened. I heard trumpets — or maybe it was the sound of people making decisions they’ll regret by eating at Moe’s.

Is that a tear in my eye? No, I’m just allergic to brilliance. Kidding, it was probably actual tears of joy. It gets better for me, by the way. I got to the counter, ordered that precious Old Gold, and swiped my Deacon OneCard which is apparently the key — or card — to heaven. I grabbed my bag, went to sit down to eat and saw that there were not one but TWO orders of fries in my bag. Chick-fil-a, you’ve done it again. You’ve changed my life.

A similar thing happened last semester when I realized that Chick-fil-a is opened for breakfast everyday except for Sunday. I don’t know why, but I assumed that because we were on a college campus where all food places are different, we wouldn’t have Chick-fil-a breakfast.

I’d like to say thank you to not only the Chick-fil-a workers, but President Hatch, President Barack Obama, the founder of Chick-fil-a, Mr. Samuel Truett Cathy, the glorious chickens who died for me to have the nuggets and whoever allowed this to happen.

A coincidence or a miracle, the world may never know — or care. Chick-fil-a has nuggets as an Old Gold, so why would you be questioning it?