Who to buy and who to sell in Fantasy Basketball 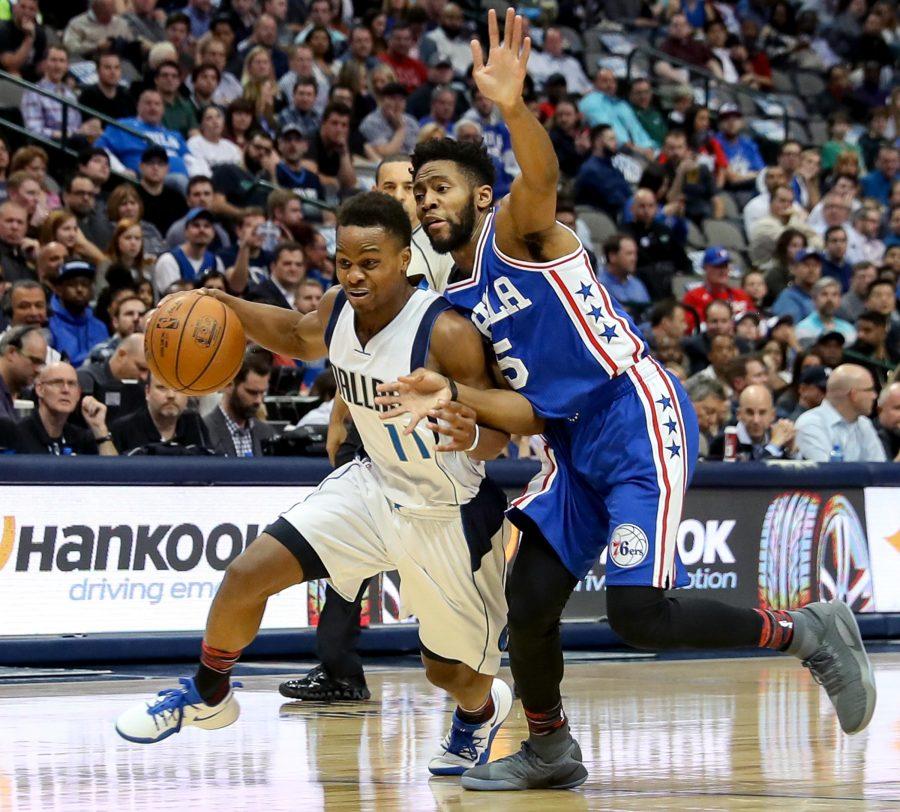 The players to buy low on and sell high on as the NBA All-Star Break approaches this weekend.

Considered by many to be on the chopping block of a T-Wolves team that had one too many guards to start, Rubio was afforded an amazing fantasy opportunity when teammate Zach Lavine went down and has been taking advantage of it. Since Lavine has been out of commission, Rubio has been getting close to 35 minutes a game. In conjuction with those minutes have come production as Rubio is 21st on ESPN’s player rater (a metric which combines all the fantasy stats and compiles them into one number) over the last 15 days.

Rubio is also making nearly two 3-pointers a game over his past eight, a surprising feat considering that he had only made 22 triples in his first 41 games this season.  Even if he slows down a bit, the lack of competition and heavy upside in the assists and steals category means get Rubio while you still can.

Keeping on the theme of point guards, Holiday is another one to look out for.  The oft-injured veteran is finally healthy and producing this season and if you’re looking for help at the position, make sure to try to make a run at Holiday. Third on ESPN’s player rater over the last 15 days and 10th over the last 30, Holiday has gotten and stayed hot.

In his last 11 games, Holiday has registered seven double-doubles, seven games over 20 points and seven games with multiple steals (he is currently averaging a career high 1.6 steals per game). Getting you four rebounds a game, Holiday is no longer just a good fantasy player, he’s an elite one and if someone in your league isn’t valuing him as such, it’s time to swoop in and snag him for yourself.

After signing with the Miami Heat from Toronto on a one-year deal, the former Demon Deacon really didn’t do much for the first part of the season. But starting in late January, he finally started to give the production that fantasy owners desired. Having scored over double digits in his past 10 games, and 15 or better in eight of those 10, Johnson has suddenly risen to 27th on the player rater. However, Johnson has never sustained production like this ever before in his NBA career and it’s unlikely that he has suddenly discovered new parts of his game at age 29. Despite the hot shooting and increased minutes, don’t expect this hot streak to stay. Trade Johnson for some value before you hold onto him too long and he ends up riding your fantasy bench once again.

The undrafted free agent rookie burst onto the scene recently with an explosion of production for the Mavericks.  After being cut by Brooklyn, Ferrell signed a 10 day contract with Dallas and made the most of the opportunity.  However, it is likely that this won’t last. With J.J. Barea due back from a calf injury and Deron Williams returning to action last game, Ferrell will no longer see the same opportunities as before. Trade him while this hot streak continues and then watch as his production declines.