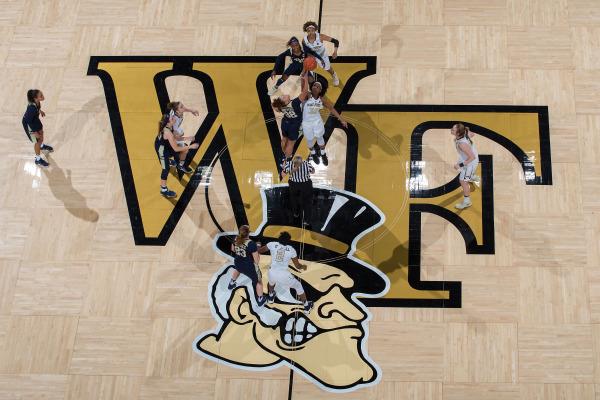 The Deacs took a rough loss on Thursday, Feb. 9  in Tallahassee, Florida when facing off against the Florida State Seminoles, losing 102-60.

Florida State consistently scored at least 20 points a quarter, while Wake Forest’s highest points per quarter was only 18.

The Seminoles were able to get off 69 total shots; 17 more than the Deacs. Their free throw percentage was 84 percent, which trumps the Deacs 53 percent.

The Deacs struggled with turnovers — especially because Florida State converted 39 points off of their 26 total turnovers.

The Seminoles completely dominated in every aspect of the game. They had 66 points in the paint while Wake Forest only had 26, 14 second chance points,Wake Forest had 10 and 16 fast break points, Wake Forest had just four.

The most shocking statistic was the bench point difference — Florida State had 40, while the Demon Deacons only had 10. This just shows how deep Florida State’s bench was.

Although the Deacs did not pull out the win, Elisa Penna finished with 18 points. However, she fouled out. Alex Sharp led the Deacs in rebounding, finishing with eight total boards.

Florida State had six players score more than 10 points: Shakayla Thomas (23), Chatrice White (14), Ivey Slaughter (13), Brittany Brown and Imani Wright (12) and Ama Degbeon (11). Two of those players  are not even starters for the Seminoles.

The Deacs played against the UVA Cavaliers on Sunday, Feb. 12 in a nail-biter.

The final score was 60-57, Deacs losing in overtime after coming back from a 16 point defecit in the second half.

Ariel Stephenson led both teams in scoring 21 points and she also sent the team into overtime with her shot at the end of the second half.

The Deacs play the Duke Blue Devils on Thursday, Feb. 16, at home in the Lawrence Joel Coliseum at 7pm.