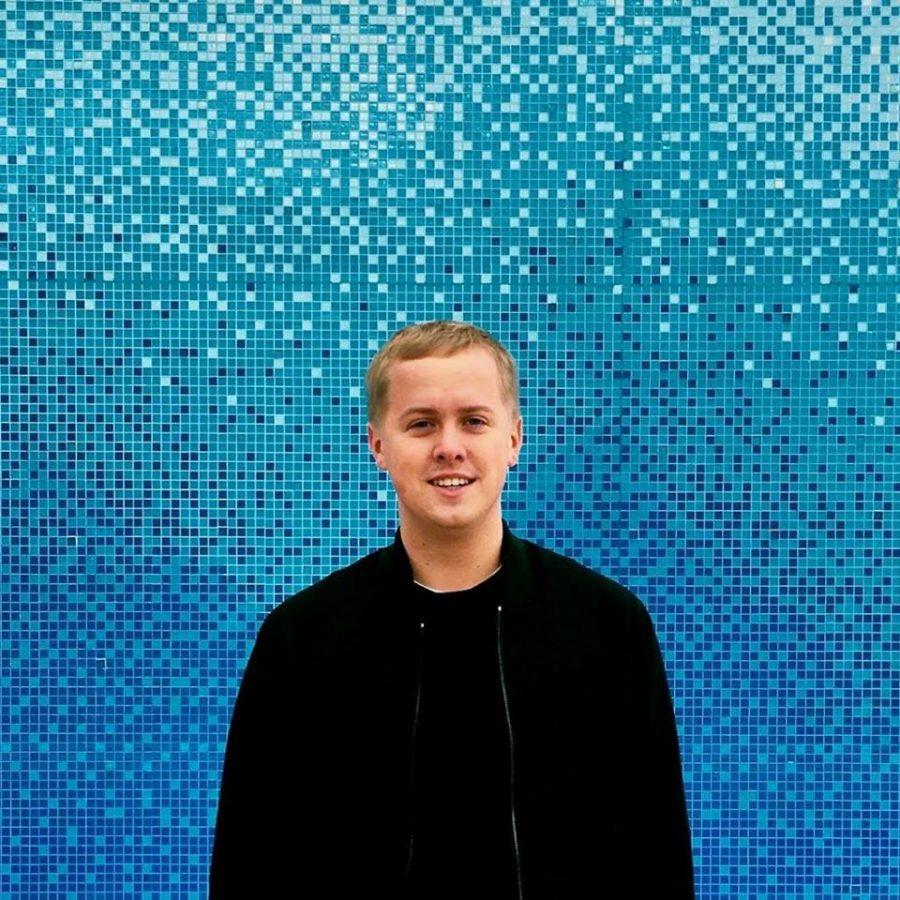 Senior Charlie Januszewski, better known to those who find him on Spotify as “Charlie Brennan,” will spend his Friday differently than most college students. His latest album, “The Last Time,” will be available to all listeners to showcase his vocal, lyrical and producing skills.

How did you first get involved in music?

Well, I took a class in elementary school, actually. It was kind of like a garage band class where you learn how to make music on your computers. And I really liked it. We had to share our pieces at the end of the day and I was always really pumped to share mine with the class. I just don’t have a passion for academics, but I found that making music was the one thing I was really into. And this was in fifth grade.

I went home and basically just begged my parents to get me garage band for me to be able to do things at home too. And it started to grow from there into discovering how to record vocals. I would do it in my basement and hide from my family because I didn’t want them to hear me.

Then when I was in ninth grade I really started putting things together. I put them out on Youtube when I’d make songs with my friends and it was a lot of fun. From there I got in contact with a producer in Stamford, CT who taught me a lot about production — mixing, mastering music and getting it to radio quality.

I learned a lot about that and started making full length albums from there around my sophomore year of high school.

How did you get in touch with your producer?

It was so random. But one of my teachers from high school actually sings on the side. And he was like, ‘I’m gonna put you in contact with this guy.’ And I was in the studio just the other day with him and I’ve been working with him since high school.

We’ve gotten to a point where he really understands the sound I’m going for, and its really rare that you find a producer like that. A lot of artists work with producers who are hoping to get a certain style.

I’ve been really lucky that I found someone who knows what I’m looking for. He actually enjoys my music, which is great too. He told me he listens to it all the time, and I think thats awesome because I’ll bring something in and he’ll help me improve it. We did some of that on Tuesday. I was recording some piano layers and he said, ‘You should add this in here.’ Its really just a great atmosphere. So that has all been really encouraging in creating full length projects and putting those out.

Do you have a favorite part of the recording process?

I’m trying to think, because I love all of it, really. And I do all of it myself. I handwrite the songs, play them on the piano, bring them into the studio and add different instruments.

As for my favorite part, I love getting the vocals down and getting a clean recording. Because when I’m here, recording a demo on my laptop, it’s just not the best it can be because its kind of bad quality.

But once you get in the studio and get a good vocal down and good harmonies down, it really makes the song sound like it’s going somewhere, if that makes sense. And once you do, it feels awesome.

Is there anything that has surprised you along the way?

Well after that I got into licensing and one of my songs got featured in a Pepsi commercial. It’s called ‘The Ocean.’ It was my first experience with any kind of licensing and I was pretty blown away by it. I got an email one day in the middle of summer. I was at the beach with my family and I got an email saying, ‘We want to use your song for a beverage company,’ so I said ‘sure.’

Then I got the contract and it was for Pepsi and I was shocked. And most recently I worked with American Eagle, and they play my music in their stores, which is pretty great. It’s been really great this past year. I’ve really grown as an artist and have been able to reach new areas that I haven’t before.

You were talking earlier about your style. How would you define it?

I have a really hard time doing that because I don’t really know what style it is. I always say Pop Alternative, which is such a vague term, but I think it works. Particularly with this new album I really tried to push myself into new genres but still hold something true to it.

This album has one song with disco elements in it. The single I put out most recently called ‘Cool’ has some electronic elements to it, but is still attainable to a Singer-Songwriter genre. I did an EDM song with my friend Miller back in September, and that was a lot of fun because I’ve never done anything like that before.

I write everything on piano and it starts from a Singer-Songwriter background but I’ve been trying to break into more genres to see what I can do and what I can push myself to do. I think that’s really important when you’re writing music, because if you get into a rut and do a lot of the same stuff it can get a little boring. I spent a year on this album, so that was a long time. I wrote like 40 songs for it, and cut it down to 11. It’s been a long process but im very excited because its almost out.

Is there a theme or inspiration that goes along with your upcoming album?

Yeah, kind of. It’s been over the course of the past year so a lot has happened. The root of it is from a break-up — boring, I know. And everyone’s thinking “Cliche” but, you know, it helped me write a lot, and helped me get over it. And actually, I guess that really helped me a lot with finding a style and genre.

Before this album I would write a lot about whatever I thought, not whatever I had experienced myself. I’d write more about what other people experienced, I guess, or what I assumed it was like. But this was the first time I was writing from myself, so that really helped a lot. And it is very cathartic.

Keep updated with Charlie and his music here: