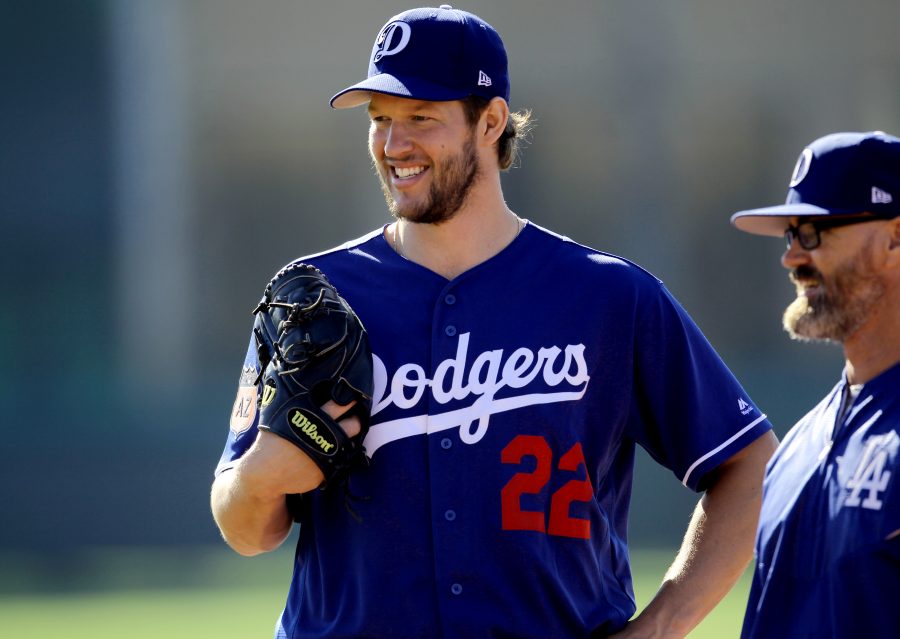 This past week, players from every MLB team reported to their respective Spring Training facilities in either the Cactus League in Arizona or the Grapefruit League in Florida.

Last season ended with an epic seven-game World Series where the Chicago Cubs came back from a three to one deficit. They defeated the Cleveland Indians in a wild 10-inning Game Seven. Both teams project to be two of the three teams to beat entering this season.

The reigning champion, the Cubs, return almost exactly the same team as a year ago, led by last year’s MVP Kris Bryant, Anthony Rizzo and the best starting rotation in the National League.

Meanwhile, Kyle Schwarber will return this season after tearing his ACL in 2016 and missing the entire season before returning in the World Series to contribute for the Cubs. Additionally, the Cubs sent outfielder Jorge Soler to the Royals in return for closer Wade Davis, who replaces Chapman in that role. The only question for this Chicago team is who will fill the void at the top of the order where Fowler was one of the most valuable in the league in 2015.

In the American League, two teams appear to be miles ahead the rest. First is the reigning American League champions, the Cleveland Indians. The Indians return essentially the same team that got them to the 10th Inning of Game Seven of the World Series, but with a few additions.

First, they got healthy. Cleveland carved its way through the post season last Fall without its second and third best starting pitchers, Carlos Carrasco and Danny Salazar, who were both injured, as well as their left fielder, Michael Brantley. When healthy, Brantley is arguably Cleveland’s best player, as is evident by his third-place finish in AL MVP voting in 2014. However, a shoulder injury limited him to just 11 games in 2016.

Second, the Indians made one of the best free agent acquisitions this offseason by adding former Blue Jays designated hitter, Edwin Encarnacion. The biggest question for Cleveland heading into the 2017 season is whether 2016 was a fluke or not, but I don’t think so and expect them to have another great season considering how weak the rest of the AL Central is.

The other frightening team in the American League is the Boston Red Sox. After a great 2016 season where the Red Sox won a brutal American League East, Boston added to their already loaded team. Led by the 2016 Cy Young Award winner, Rick Porcello, right-fielder Mookie Betts and the second baseman Dustin Pedroia, the Red Sox are as talented as anyone. Additionally, they traded prospect Yoan Mocada and others to the Chicago White Sox for starting pitcher Chris Sale, who has been arguably the American League’s best pitcher over the past five years. The trio of Porcello, Sale, and David Price at the front of the Boston’s rotation makes their’s as strong as any in the league.

The most pressing concerns for the Sox are how Pablo Sandoval will play after missing all of 2016 after a terrible 2016 season and what the Red Sox will do to replace the now retired David “Big Papi” Ortiz’s combination of leadership and unbelievable production at the Designated Hitter spot.

With regard to Spring Training, something interesting to watch out for are players competing in the upcoming World Baseball Classic. The tournament, which is baseball’s half-hearted attempt to replicate the FIFA World Cup. It will take place from March 5-22. It will keep many players away from their MLB teams for extended periods of time during extremely valuable time to prepare for the MLB season with their teams. Instead of Spring Training, some of the MLB’s brightest stars like Giancarlo Stanton, Robinson Canó, Manny Machado, Jose Altuve, Miguel Cabrera and Buster Posey will be off competing for their respective countries.