The NHL’s two most electrifying rookies face off 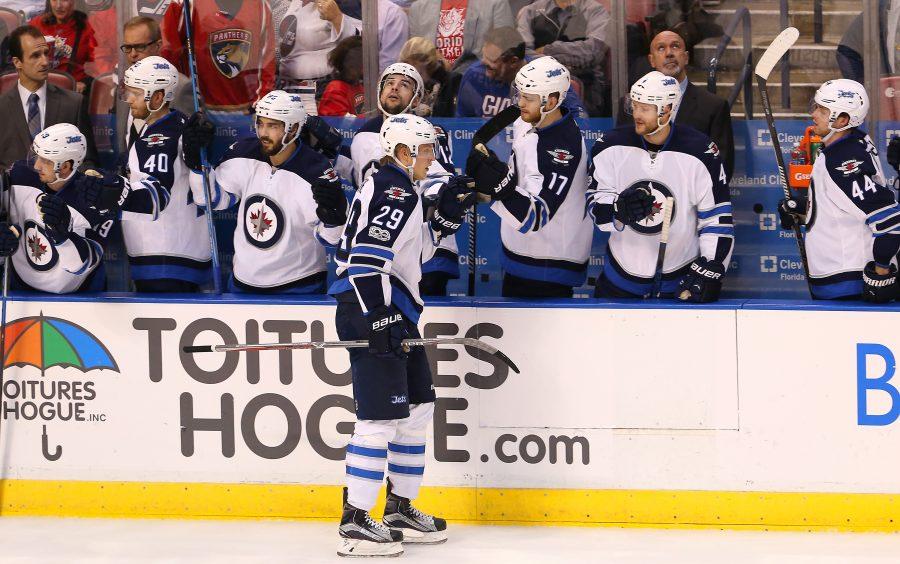 In a battle of two of the league’s most promising rookies, the Toronto Maple Leafs took down the Winnipeg Jets 5-4 in overtime.

On the Toronto end, American born Auston Matthews led the way with three assists including one on the game winning goal scored by Jake Gardiner.  Matthews leads the Leafs in points (52) and goals (28) and is second in rookie goal scoring.  Meanwhile, the only rookie outpacing Matthews in the goal was across the ice tonight: Patrik Laine.  Laine scored two goals for his 29th and 30th goal respectively and leads all rookies in points and goals.  Winnipeg is currently two points behind Calgary for the final wild card spot in the west and Toronto holds one of the three automatic bids to the postseason in the Atlantic Division.

After firing long term coach Claude Julien, the Boston Bruins are 4-0 under interim coach Bruce Cassidy. After a week-long layoff, the Bruins defeated the perennial Western conference powerhouse San Jose Sharks 2-1 in overtime. This was Boston’s second win in four games over the leaders of the Pacific Division and pushed the Bruins to a tie for the final wild card playoff spot in the Eastern conference with 66 points.  During the current winning streak the Bruins also bested their Atlantic division arch-rival Montreal Canadiens.  The Bruins success under their new leader extends an intriguing trend of mediocre teams finding almost immediate success after dismissing head coaches. Earlier this year the New York Islanders fired Head coach Jack Capuano and started out 5-0-1 under interim coach Doug Weight.  The Islanders also currently have 66 points.

Chicago Blackhawks captain Jonathan Toews recorded a hat trick as well as five total points in a 5-3 victory over the Minnesota Wild on Tuesday night. Toews, who recorded his fourth career hat trick, is key to Chicago’s success this season: the Blackhawks are 20-5-1 when Toews scores at least one point this season according to ESPN stats and information.  The Wild, who lead the Western conference with 84 points, are about to come to the end of an eight game homestand (which started with a 4-3 overtime loss to the Blackhawks) with a game against the Kings on Monday.  Chicago moves to within five points of Minnesota for the top spot in the central division with the victory.  Chicago looks for their third consecutive victory when they face the Arizona Coyotes on Thursday night.

The Flames bested the Predators 6-5 in an overtime thriller on Tuesday night.  The Flames built a 4-1 lead early in the second period with Dougie Hamilton’s goal but let the Predators back in the game by allowing four consecutive second period goals, including two by Filip Forsberg.  Mikael Backlund tied the game at five with around 10 minutes left in the third period and the game headed to overtime.  Mark Giordano saved the Flames from an embarrassing loss, finishing off a beautiful play orchestrated by Johnny Gaudreau, a mere 43 seconds into overtime. Nashville and Calgary both currently occupy the two wild card spots in the Western Conference with 65 and 64 points respectively.