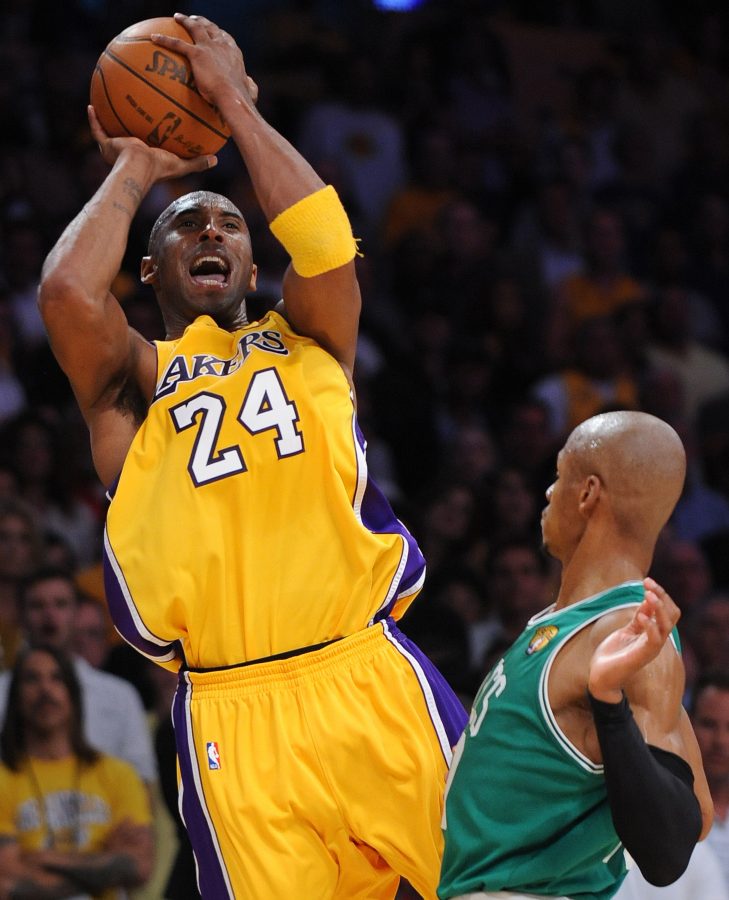 Twenty thousand people gathered into the Staples Center to watch the Los Angeles Lakers defeat the Boston Celtics in Game Seven of the 2010 NBA final.

While Lakers fans celebrated, Robert A. Baade sat in his living room watching the Lakers receive the Larry O’Brien trophy from his TV, wondering what a Laker’s championship meant to the city of Los Angeles from an economic standpoint.

Baade, a Sports Economist, discussed how sports affect urban economic development in his talk, “The Economic Impact of Commercial Sports: What’s the Score?” The lecture was held in Kirby B02 on Tuesday, Feb. 21 and was open to students and faculty.

“Commercial activity was significantly disrupted due to the Laker’s championship,” Baade said. “People went to work bleary eyed because they were staying up late cheering on the Lakers, productivity fell by an amount that was statistically significant and on the day that the city held the parade in Los Angeles, officials shut down Figaro Avenue.”

The goal of Baade’s lecture was to discuss the integrated financial network generated by professional sports and the impact sports subsidies have on a given community. Jac Heckelman, the organizer of the event, invited Baade to give a talk on subsidies.

In order to better understand the relationship between commercial sports and urban growth, Baade examined every city in the U.S. that experienced some change in the professional sports industry over a four-year period.  He found that growth rates in cities using sports as a developmental tool were lower than growth rates in cities that were not.

Baade’s research also shows that the main reason communities do not benefit from a professional sports presence is a transformation in sports stadiums. He pointed to the fact that stadiums have now become self-contained entertainment units with their own internal services, such as concession stands. Revenue that used to spill into the community due to fans eating at local restaurants near the stadium now goes directly to the professional sports team owners.

As such, it should come as no surprise that certain cities, such as St. Louis and San Diego, have refused to ask their tax payers to build new, expensive stadiums in order to keep their professional football teams.

Freshman James Lee had lunch with Baade before attending the talk.

“It’s important to take into account the moral perspective when studying economics,” Lee said. “In this situation, owners are manipulating the public to appropriate funds into their own interests.”

The talk closed with Baade touching on the importance of economists publicizing the findings of their research projects.

“Economists have to do a better job communicating their findings, so that the public may become more aware of these issues,” Baade said.