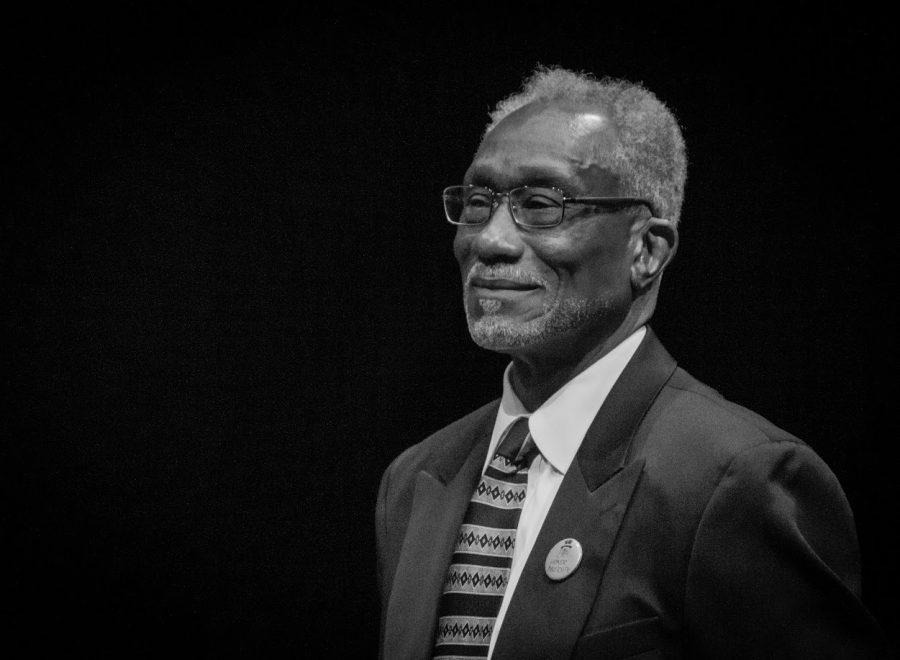 The Wake Forest community honored students and faculty at Founders’ Day Convocation, a tradition that dates back to the university’s founding years, in Wait Chapel on Feb. 16.

The ceremony celebrated Wake Forest by presenting awards to graduating seniors and both current and retired faculty members.

Penny Rue, vice president of student life, honored students in the mortarboard and judicial council, among other designations, and Provost Rogan Kersh presented teaching awards. The event concluded with the presentation of the University’s highest honor, the Medallion of Merit, by President Nathan Hatch.

The Medallion of Merit is presented to past presidents, trustees, benefactors, alumni or retired faculty and administrators for distinguished service to the university. This year, the honor was bestowed upon retired history professor James Barefield and retired biology professor Herman Eure (PhD ’74).

Barefield, who currently serves as an interviewer for the admissions office and who taught for 41 years, was known for his involvement with study abroad programs, supervising numerous semesters at Casa Artom in Venice and the Worrell House in London.

Each year, the program also features three seniors orators. They were selected by a panel from among the 10 students who delivered speeches on their  Wake Forest experience and their evolution as students at the senior colloquium. This year, the finalists were chosen from among 31 faculty-nominated essayists.

Dean Gillespie introduced the senior orators, Richard Caban-Cubero, Ashley Laughlin and Cameron Silverglate. Although only a few students were selected to speak, Gillespie said that at one point in time, all seniors were required to give a public speech in front of the school in order to graduate.

“The art of the spoken word has long been a part of a traditional liberal arts education,” Gillespie said. “Excellent communication skills matter.”

Caban-Cubero presented first, imploring the audience to support and celebrate all kinds of difference with an essay titled, “What are you?”  The senior discussed finding his place during his final year, navigating his physical identity as a student of color both in the classroom and in social circles and understanding the world through campus interactions.

Laughlin and Silverglate also discussed difficulties finding their place at Wake Forest. In Laughlin’s speech,“Your Wake Forest ‘I’,” the senior shared some of her favorite memories from studying abroad and said that the good times would shape how she remembered her undergraduate experience, rather than the bad.

Silverglate’s essay, “I Hope You Dance,” discussed “life’s messy moments” and how he has learned to laugh through them rather than trying to “choreograph” his experience. 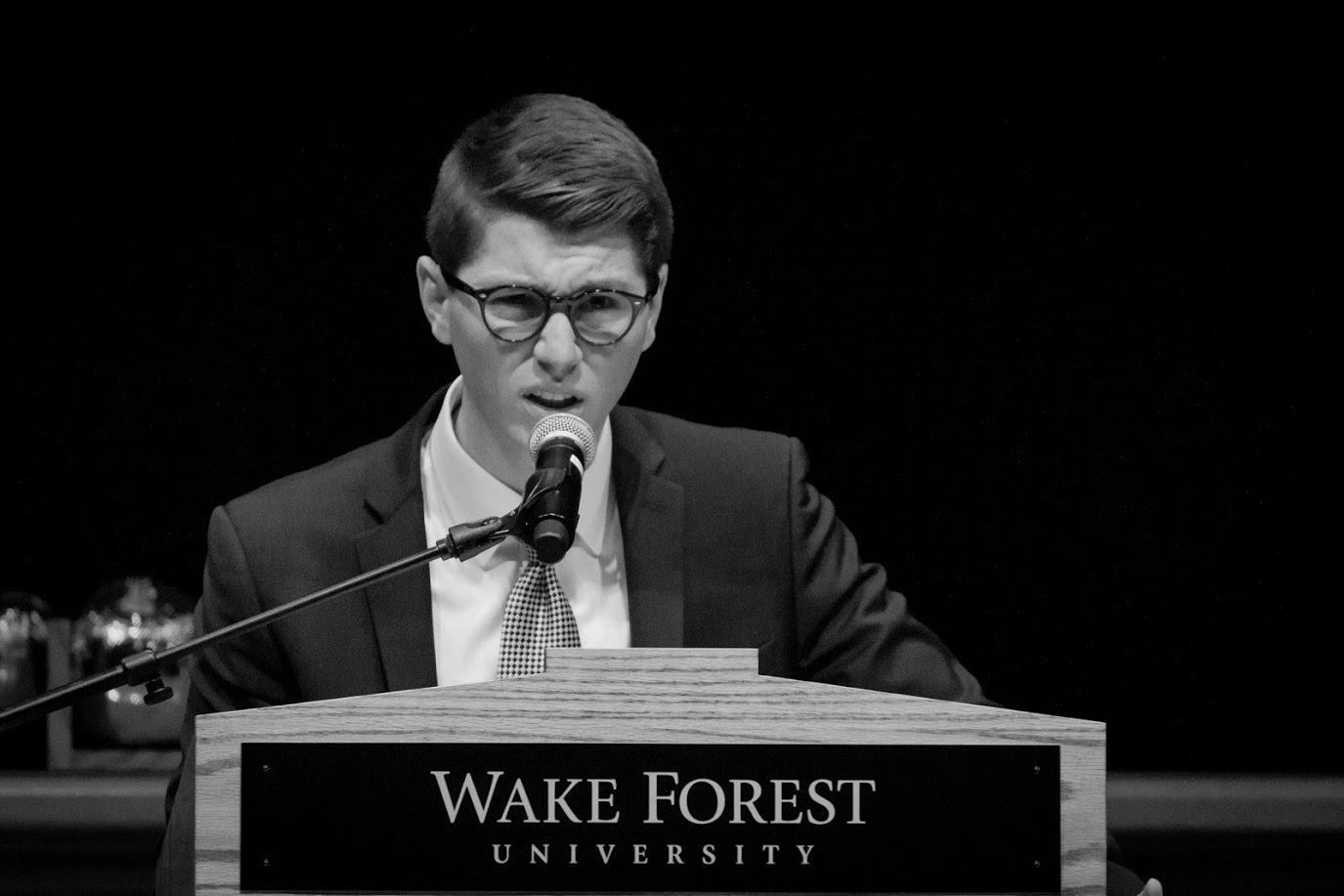