Horror on the Border: Savageland exclusive 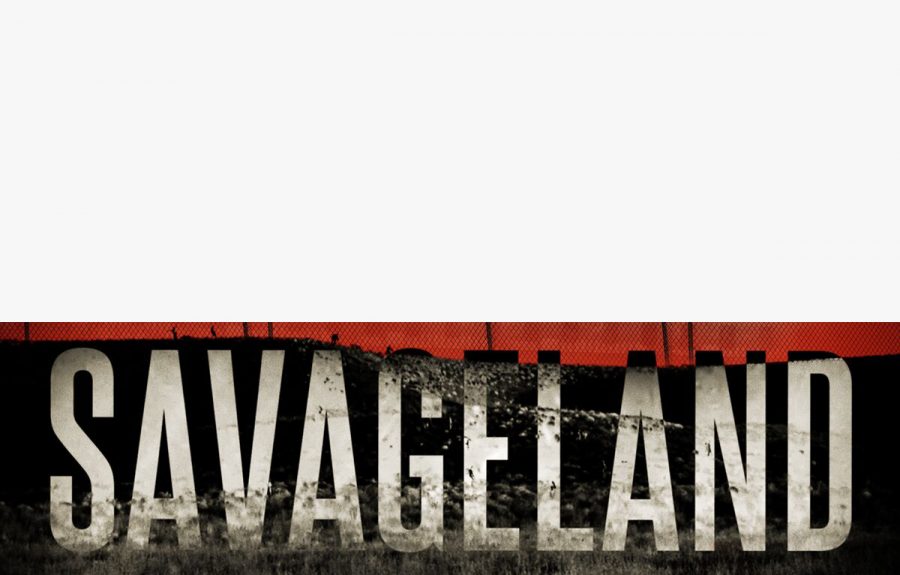 Salazar, accused of the massacre of 57 people, is a migrant worker living just north of the Mexican border in Arizona.

In his trial, Salazar falls victim to racism and tension surrounding immigration between the southern U.S. and Mexico, and is ultimately convicted for the murder of the village.

The movie follows a documentary film team as they uncover images from Salazar’s camera that could potentially prove him innocent, or worse, show that something else much more savage is terrorizing the people of Arizona.

Guidry, Herbert and Whelan, all natives of California, have witnessed first-hand the tensions over immigration policy in the U.S. They wanted to create a movie that touches on this important political debate but also disturbs its audience, asking whether it is the brutal massacre of the village that is more sinister, or rather the assumption that one illegal immigrant could be responsible for so much bloodshed.

Co-writer and co-director Whelan spoke to the Old Gold & Black about the creation and direction of the movie, his influences and the benefits of producing a movie with a small budget.

When I graduated, I didn’t want to go right into work or a graduate program. So I had the opportunity to spend a year abroad doing community service in Belfast, Northern Ireland. I ultimately spent three years working for Habitat for Humanity in Belfast. This was during the time that the country and city were divided between Protestants and Catholics.

I saw that when people crossed borders, they found that they were more similar to those on the other side than different.

When I went to California for graduate school, I met Paul and Simon when I worked on the television show Jim Rome is Burning. They shared a similar experience with borders by growing up in California, so we thought there might be a movie there.

What were your influences aesthetically?

First off, we’re all huge fans of horror films, which seems like an odd choice at first for this kind of political movie. I think there is a space in the thriller world to raise big questions about the society, just as Jordan Peele’s Get Out has recently done. So we decided to do something slightly less academic and reach a bigger audience. But we knew that to keep the audience entertained, the movie requires a rich and authentic experience. So realism was what we were going for, but on a small budget we couldn’t do giant stunts and computer-generated imaging. Photo revelation is a key device used in the movie. The still image was our way to create a believable, realistic film. So we had to sacrifice some of the gore of other horror movies and instead create a more disturbing picture. It’s kind of like the movie Jaws where they created “the shark,” but it didn’t really look believable, so that’s why they hid it for the entire movie and the result was actually something scarier.

Can you talk about the direction of the movie and some more about the budget restraints?

A benefit of going independent means you don’t have a hugely binding contract with a big producer. So we had more freedom to go where we wanted to go with the movie. They say that when you make a movie, there are three rules: never shoot without a script, nor with children and never in many places. However, we broke all three and I think we’re better off for doing it.

As you saw in the end credits, we shot in about six different states. And because we didn’t have a script, we could cast people in similar roles that they hold in real life. That way, when they were interviewed in the documentary, they didn’t give answers based on something that happens later on in the film.

Overall, it created a more realistic film, I think. But some things are more difficult on a small budget. We had to transport and carry all our own equipment and we couldn’t get catering like the big companies. But we called in a lot of favors. We found people to do the Photoshop of the images, legal sketches, architecture and newspaper clippings to make us look really good.

What was your biggest worry about the film and what do you think about its reception?

My biggest worry is that people won’t get it as a horror film or as a documentary. But almost everyone is getting it and it’s really gratifying. I love hearing back from actors who we shot with that say they saw it and they thought it was really cool.

We always envisioned this as the start of something bigger, and we think the story holds the potential for a prequel to sequel.

Maybe in the future we will consider shooting with a larger budget and a bigger production to reach a larger audience. The message we want to put out about borders and the arbitrary divisions between people is important, so to have that reach more people would be great.

The movie is available for download online at iTunes, Google Play, Amazon.com and Xbox Live.