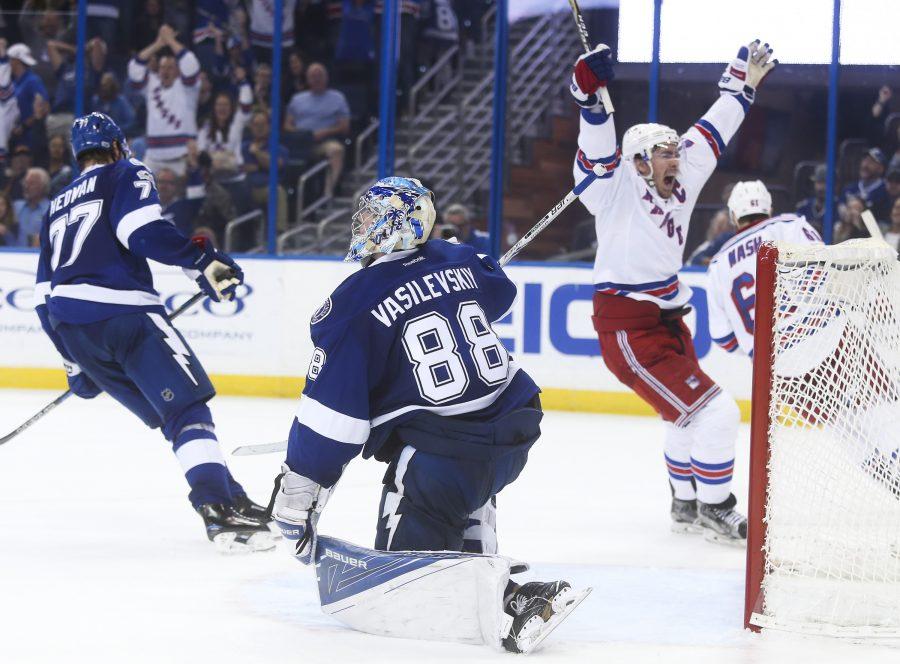 Patrick Kane scored his 31st goal of the season on Tuesday night as the Blackhawks reclaimed first place from the Minnesota Wild with a 4-2 victory over the Montreal Canadiens.

With a goal and two assists, Kane took over the NHL scoring lead.  Kane is no stranger to the top spot as he led the league in scoring in 2016 by 17 points with a total of 106.

In beating the first place Canadiens, Chicago sits in first place in the Central Division for the first time in 2017.  However, as Chicago surges, the Wild have been slumping and are only 4-6 in their last ten compared to the Hawks league best mark of 8-2.

With only 13 and 14 games left in the season for Chicago and Minnesota respectively and only one point separating the two teams, the battle for the No. 1 spot should come down to the wire.

In a reversal of roles, the Edmonton Oilers demolished the Dallas Stars 7-1, claiming their second victory over Dallas already this season after beating Dallas only once all of last year.

Last season Dallas was the new young team making a splash in the league, finishing with the best record in the Western Conference and the second best in the league overall.

They had two of the top 10— point getters in the league in Jamie Benn and Tyler Seguin, won a playoff series and looked poised to build on that momentum going into this year.

Yet, this year the fortunes of the two teams have completely flipped. Dallas, in a shock to the entire hockey community, has been nothing short of terrible this season.

They are 13 points out of the wild card race in the West and are all but mathematically eliminated from the playoffs. Given that there have been no significant injuries on the team and Benn and Seguin continue to produce, it is a mystery why the Stars have fallen off last years pace so hard.

Edmonton, on the other hand, finished dead last in the West and was only one point ahead of Toronto coming in at 29th place overall in 2016 but has had an incredibly strong 2017. Led by wunderkind Connor McDavid and his 79 points (second in the NHL), the Oilers currently stand at 81 points, good enough for the first wild card spot in the West.

The dichotomy between the fortunes of the two teams is an interesting storyline to watch as the playoffs continue to get ever closer.

Once considered out of the playoff hunt, the Lightning beat the Senators in overtime to claim their fourth straight victory.

Tampa Bay has rapidly made up ground in the Eastern Conference playoff race and the surging squad has now risen all the way to tied with the Islanders (who also won in overtime on Tuesday) for the final playoff spot in the East.

Victor Hedman scored the winning goal in overtime for his 14th of the year.  With Steven Stamkos still sidelined — his third major injury in four years — the future of the franchise remains in doubt as they continue to fight hard for their third eastern conference finals appearance in the last three seasons.