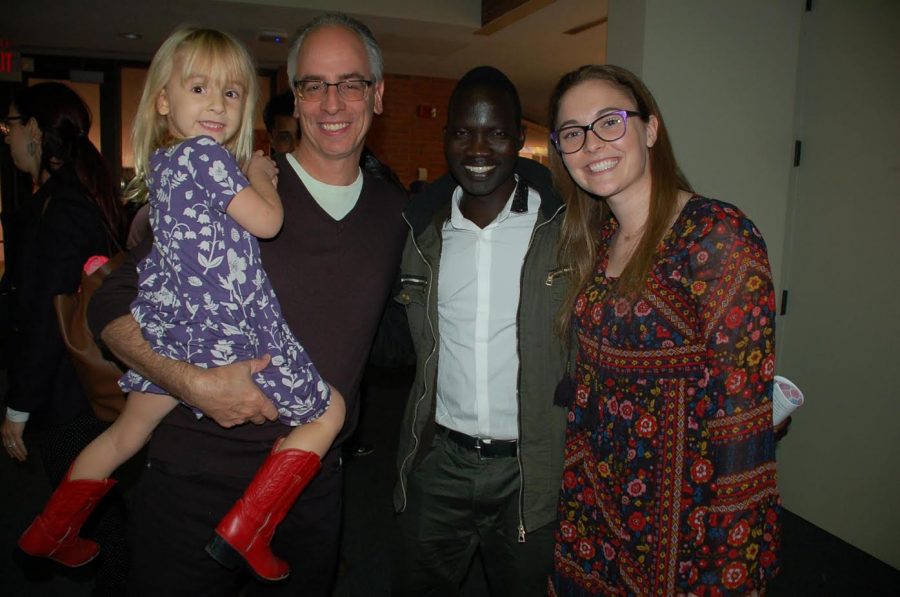 On a warm day in June last summer, Rose O’Brien marveled at children twirling freely through the streets of Trieste.

The coastal Italian city came to life as more than 2,000 people came out to celebrate its refugees by trying new foods, drawing Henna tattoos and dancing to ethnic music. This festival not only brought together people from different backgrounds, but it also sparked a fire in O’Brien’s heart.

Every day after the festival, the fire only grew larger. O’Brien knew she must bring a refugee celebration to her home in Winston-Salem. So, thousands of miles from her friends and family, the Wake Forest junior began planning an event to bring together her college community with local refugees.

What began as an attempt to celebrate all refugees turned into the founding of the Student Association for the Advancement of Refugees, or SAFAR, a student-run organization that aims to support and connect the Wake Forest community to local refugees.

The group, led by O’Brien and an eight-member executive board, now has 40 volunteers. It not only plans events for refugees, such as cooking nights and Olympic field days for children, but also channels Wake students into teaching English-language sessions through the World Relief Organization.

“My goal for SAFAR is to become a Wake Forest centrally located organization and also a city-wide movement to welcome refugees and make them feel more comfortable in our shared community,” O’Brien said.

Through tutoring English and hosting Syrian cooking nights, she has created lasting relationships that extend beyond the classroom.

Last November, O’Brien organized a night filled with delicious kibbeh and baba ghanoush, shared by members of the Wake Forest and refugee community.

“I spend time with my students outside of class,” O’Brien said. “I go to their house for birthday parties, we go to church together and they have really welcomed me and made me a part of their lives. I feel like I am doing things for people I love, which is so encouraging.”

Throughout her three years at Wake Forest, O’Brien has consistently taken actions to make her community a safer and more inclusive place. Whether she is publishing articles on sexual assault to the Pub, or busy with the executive board of BRANCHES, a social justice action retreat, O’Brien works hard to provide support for her peers.

Senior Sydni Williams, who worked with O’Brien throughout BRANCHES, admired her dedication to others.

“She doesn’t do anything to get recognized,” Williams said. “She does it because she actually cares about Wake Forest, the Winston-Salem community, and the people she interacts with. She sees people as people.”

For O’Brien, it has always been about the people. As a sophomore, O’Brien’s Italian professor suggested they apply for a Richter scholarship together to study how Afghanistan refugees interpret their personal space in Trieste, Italy. O’Brien quickly accepted this proposal. Wake Forest granted her the scholarship and that summer, O’Brien found herself in a convent in Italy attempting to teach 52 men English using only what broken Italian she knew to connect with them.

She didn’t realize it at the time, but this experience would be the inspiration for SAFAR.

“I was stumbling to learn this new country and felt so out of place,” O’Brien said about her initial days as a tutor. “I didn’t know what to do with myself.”

But one of the first students she met, 19-year-old Aziz, put O’Brien at ease. He returned to her class each day and shared his stories with her: his remarkable journey walking from Kabul to Trieste, the cherished wedding traditions from his culture, the important people in his life. An unbreakable friendship followed.

“We still talk almost every week on Skype,” O’Brien said.

When she returned from Trieste and began SAFAR, she started relationships with refugees in Winston-Salem. Sophomore Alec Jessar, an executive board member of SAFAR and an ESL tutor with O’Brien, marveled at her ability to bond with others and make people feel comfortable.

“She would come into the English lessons and shake everyone’s hands,” Jessar said. “She talked to these people like she knew them for 20 years. She was the bridge between everyone there.”

O’Brien is currently studying abroad in Copenhagen, but the other members of the executive board are dedicated to running the organization smoothly in her absence. O’Brien uses Skype to check in regularly with SAFAR’s executive board and to help plan events. Going forward, they are gearing up for SAFAR’s Global Youth Day planned for April. It will be an Olympic field day at Wake Forest for refugee children from the Winston-Salem community.

“I think showing families that you accept their children, want to hold their hands, give them candy and walk with them is really a positive way to support people,” O’Brien said about the upcoming Global Youth Day.

In the meantime, O’Brien regularly checks in with her students and friends from the refugee community. Whether they are sharing favorite recipes, concerns regarding recent political policies or feelings of loneliness in their new space, O’Brien always listens with patient and open ears. She remains a steadfast beacon of support for her friends in the refugee community.

“I can’t accept when something is unnatural or when something is wrong,” O’Brien said. “If I don’t stand up as someone who has the voice, the language, and the opportunities to do so, then I will be failing my fellow community members.”