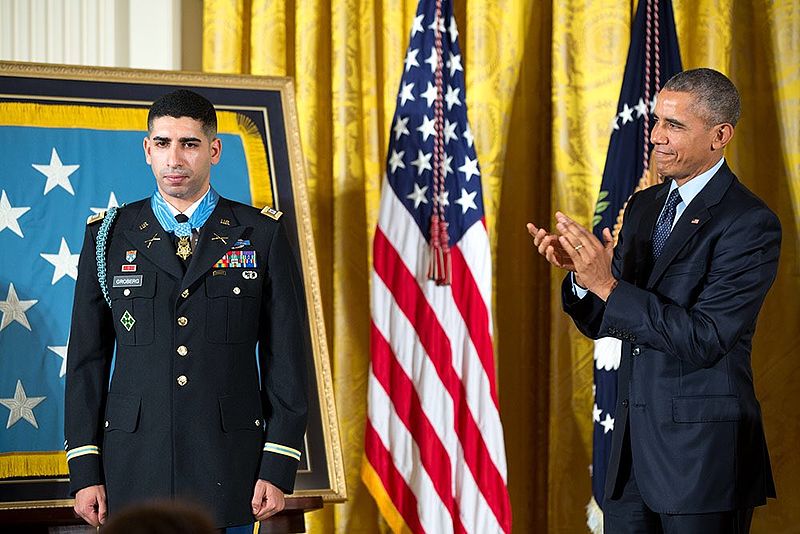 His presentation, “Opportunities Earned and Leadership Learned: An American Hero’s Journey,” was co-sponsored by Bank of America in an effort to raise financial support and student engagement for the Veterans Legal Clinic.

“When a country is not providing services to veterans that it should, great law schools have to step up,” said Dean Suzanne Reynolds (JD ‘77). “We hope by the end of the day we will raise more money to expand the legal clinic at Wake Forest law school.”

The Veterans Legal Clinic provides legal assistance to North Carolina military personnel including members, reservists, veterans and non-affiliated veterans. The clinic is operated by six to eight students who handle two to three cases each semester.

“I am not a veteran, but I’m a daughter and granddaughter of a veteran and a friend of very many,” said Charley Fox (JD ‘17), a student at Wake Forest Law. “I am so eager and humbled to work with veterans. The Veteran Legal Clinic allows me to become a better attorney for veterans in the future, and a better daughter to the veteran in my life now.”

Keynote speaker Capt. Groberg received the Medal of Honor in 2015 for his heroic actions in Afghanistan. When he arrived in Afghanistan’s Konar province, he noticed a suspicious man backpedaling toward the Army patrol. Groberg grabbed the man by the chest and threw him on the ground before his bomb detonated. The suicide bomber killed four men and injured several others, but Groberg survived with life-threatening injuries to his left leg. After 33 surgeries, Groberg has a new appreciation for life.

“We wear that uniform ready for the ultimate sacrifice,” Groberg said. “Now I live every day to the best of my ability.”

Groberg confessed his struggle with PTSD after being hospitalized. On a variety of medications, Groberg wrestled the stress of losing friends and his personal injuries.

“In the hospital I was at my lowest point,” Groberg said. “When you’re on different drugs, you begin to feel sorry for yourself. The PTSD kicks in. I fought those demons for months until a close friend said, ‘Hey, stop being weak and remember you were given a great opportunity.”

Since then, Groberg brings a positive mindset to his community. He no longer lives for himself, but for the four men that lost their lives that day and the other veterans not receiving the care they need.

30 percent of Veterans suffer from PTSD, and 20 veterans commit suicide daily. The Veterans Legal Clinic is working with veterans in the community to upgrade their discharge paperwork, allowing them to receive greater benefits. Through their pro bono work, this student-run organization is making an impact.

“The greatest honor in my life is wearing a uniform and calling myself an American,” Groberg said. “I’m really amazed by the Veterans Legal Clinic; these are great people volunteering and leading.”