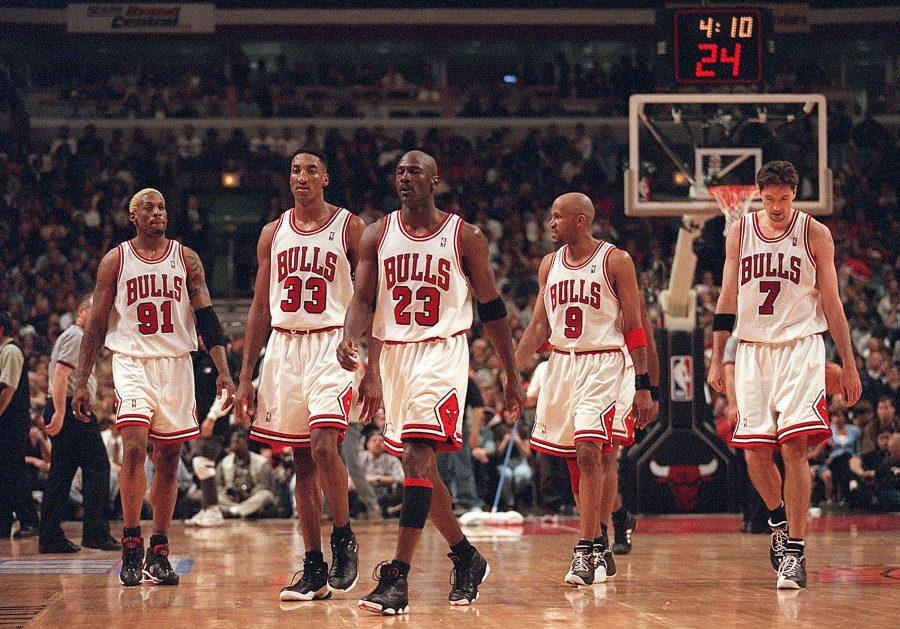 This Tuesday, March 21, was a sad day for the city of Chicago with the passing of hometown hero and somewhat controversial sports figure, Jerry Krause.

Making a name for himself in the sports world in the 1990’s, Krause was best known for assembling one of the greatest teams in the NBA as the General Manager for the Chicago Bulls from 1985-2003.

He was also named NBA Executive of the Year twice during his career with Chicago. However, even though the Bulls won six out of eight consecutive championships while Krause was in charge as General Manager, he notably squabbled with Bulls personnel; often soliciting negative feedback from Chicago fans.

Hired by Bulls owner, Jerry Reinsdorf, Krause was challenged with the task of creating a cohesive group of talent to surround Michael Jordan. Krause saw potential in the young Scottie Pippen and  Horace Grant, just the backup Michael Jordan needed to rise to become who most consider the best basketball player of all time. In 1995, he was responsible for bringing Dennis Rodman to the Bulls, a player and persona that could be considered one of the strangest basketball players of all time. The Bulls 1991-1993 championship teams were arguably some of the best teams in history with multiple players reaching Naismith Hall of Fame status.

However, he and Jackson were not always on great terms. The choice to trade Charles Oakley for Bill Cartwright publicly upset Jordan, mostly because he found out from the media along with the rest of the world. Jordan offered his condolences to the Krause family through his personal representative according to TMZ Sports.

Along with piecing together his dream team, Krause saw potential in Phil Jackson and believed he was the right choice to coach this potentially strong Bulls team. Krause gave Jackson, regarded as one of the best basketball coaches of all time, his first head coaching opportunity in the NBA. However, their relationship would become strained over the years due to multiple misunderstandings and how the media pinned one against the other.

Despite their rocky relationship, Jackson, currently the president of the New York Knicks organization, released a public statement on Krause’s passing on the @NY_KnicksPR Twitter handle. He stated, “The news of Jerry Krause’s death is a sad day for the Chicago Bulls and the entire NBA community. He was a man determined to create a winning team in Chicago — his hometown. Jerry was known as “The Sleuth” for his secrecy, but it was no secret that he built a dynasty in Chicago.” There were no further remarks on Jackson’s personal Twitter account.

Not only was Krause a successful general manager responsible for assembling one of the most dominant teams in basketball, he was also had an eye for talent in the baseball world. Serving as a scout for the New York Yankees, New York Mets, Chicago White Sox and Arizona Diamondbacks, Krause had an undeniable talent of assessing potential success.

A true testament to his successful career, he is a nominee for the Naismith Basketball Hall of Fame induction this year. He is survived by his wife, Thelma, and two children.