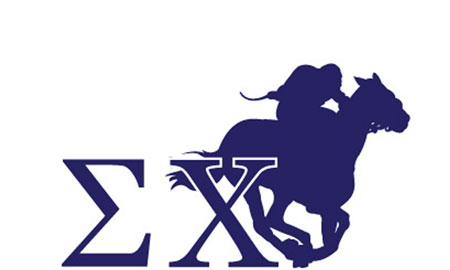 Existing at a time when Greek life is nationally portrayed in a negative light — for many justified reasons — these organizations often contribute laudable amounts of money to their partner philanthropies. As one of the biggest events of the year for Greek organizations at Wake Forest, Derby Days has a lot of participation and raises significant money. Last year the fraternity raised $23,000, more than double the amount raised the year before.

The annual Derby Days involves different events that occur Monday through Thursday. Willing sororities participate in contests to see who will gain the most points from various field events, design competitions, social media presence, participation, a dance competition and fundraising.

Additionally, nine to 10 fraternity members are assigned to different sororities, helping them compete, relay necessary information and build excitement for the events.

“We’re all really excited and all of the brothers have been putting in a ton of work for the week so we can reach our goal,” said Blaine Harrison, a junior and vice president of Sigma Chi. “It’s our favorite time of the year because it’s a ton of fun and we get to donate to a great cause.”

Parker Moquist, a junior Sigma Chi who is head of fundraising, explained that almost a year’s worth of preparation goes into it.

“I was selected in May of last year,” Moquist said. “Once I got back from abroad, the work [for Derby Days] ramped up because a ton of planning goes into it. I’ve spent countless hours organizing the events.”

With the event nearing, the brothers of Sigma Chi are excited for the rest of campus to see how special the week is to them. Many sorority participants look forward to Derby Days year-after-year.

“You build camaraderie and make lasting memories with people who you wouldn’t normally see,” said Sarah Blevins, a senior and member of Kappa Beta Gamma who has participated in Derby Days for the last three years. “The field events are the best part because it’s friendly competition during the day, after class, and you get to see your peers, all for a good cause.”

While many Greek women are excited about what’s to come, others are less thrilled. Conflicting opinions exist about a particular event where sorority girls perform choreographed, often perceived as provocative, dances to help raise money. During this event, sororities choreograph the dances without any input from the boys but select Sigma Chi members also perform on stage alongside the sororities.

“It’s because the idea is you’re trying to impress a group of males who are judging your bodies,” said Nicolette DeLorenzo, a sophomore member of Kappa Delta. “That’s probably not how they look at it, but that’s how it’s interpreted.”

Despite her reservations, given her dance background, she will be one of the girls leading her sorority in the dance.

“I think it’s different for different sororities, so only speaking for mine, when I was sending out emails I said it’s fun to practice and rehearse,” DeLorenzo said. “I want ours to be more funny because I think that’s the only way to get people involved.”

Other critics see the dance competition as a microcosm for a bigger Greek Life issue. After participating for two years, senior and Delta Zeta Chloe Hillard began to think about the event more critically in terms of what charity means.

“You could look at [the event] as being exclusive to Greek life,” said Hillard, who will not be participating in Derby Days. “Or, maybe it’s just because Greek organizations have chapter meetings and it’s easier to get them involved. But, if your ultimate goal is to raise money for charity, it’s not just people in Greek organizations who can do that.”

Because Derby Days is an established, national tradition for Sigma Chi, it’s undeniably difficult to change the status quo. While participation in Derby Days is exclusive to sororities and the panel of judges have historically been members of the Sigma Chi fraternity, last year four non-Greek affiliated women were invited to join the judging panel in an effort to make the judging less biased.

Ann Nguyen, a non-Greek affiliated senior was critical of the event, but after witnessing the dances, her outlook changed.

“I was one of those people who had nothing but bad things to say, but that was before I talked to people about it,” Nguyen said. “If women want to get up there and do their routines and feel great about themselves, then I don’t think there is anything wrong with that.”

Nguyen will also be one of the judges this year.

Despite criticism, the Delta Nu chapter sees the entire Derby Days event holistically and is hoping to increase the amount they raise this year to $30,000.

“We’ve faced criticism in the past, but we’ve recently done a great job about refocusing what the week is about,” Moquist said. “Hopefully, in the future, people will continue to see the results, and that will overshadow any of the criticisms we’ve had in the past.”