We all scream for ice cream sandwiches 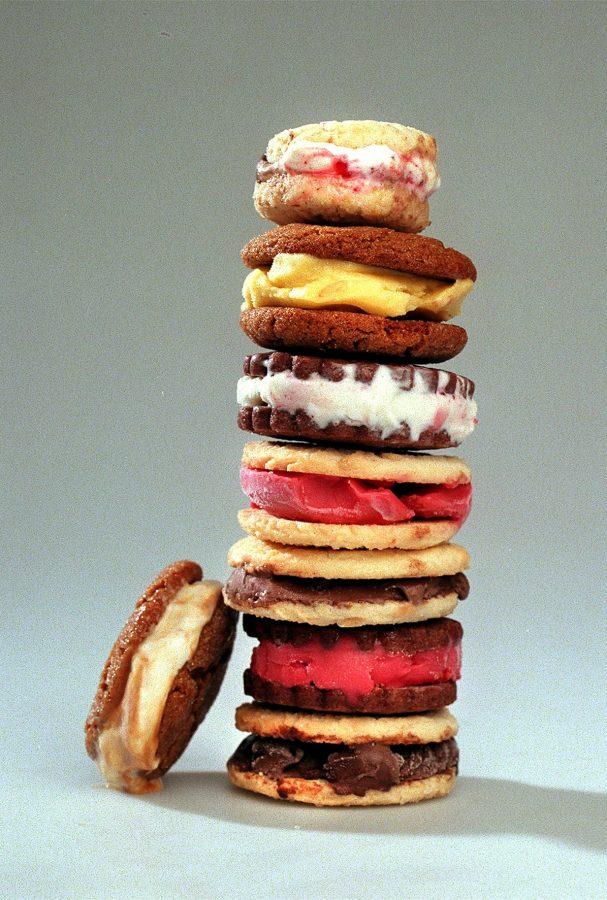 When I was 13, my sister moved into an apartment across the street from Magnolia Bakery. For those of you unfamiliar with New York City, Magnolia’s holds the legacy of kick starting the cupcake trend that swept the country. It started as a small bakery in the West Village and now has locations in eight countries. Their rapid expansion only goes to show how rampant the cupcake craze was.

This summer I was interning in Washington, D.C., which incidentally also has a few famous cupcake establishments. Baked and Wired is the hipper, more local counterpart to the slightly more famous Georgetown Cupcake bakery. My first visit to Baked and Wired produced a cupcake that was above average, but nothing to write home about. So when some friends suggested going back a few weeks later I was hesitant, but I went anyway, figuring I would just try something else on the menu. Here is where we come to the crux of the article which is not, as it would seem, cupcakes. The food star we are discussing today is a far cooler treat: ice cream sandwiches!

I am not talking about the slightly stale, slightly soggy chipwiches of childhood, summer pool parties, but rather the amazing combination of freshly baked cookies and real, rich and creamy homemade ice cream. This is what I experienced at my second visit to Baked and Wired. A beautiful combination of crisp warm oatmeal cookie and cold freshly churned blueberry ice cream. If this flavor doesn’t interest your taste buds, fear not. The menu was also graced with chocolate, caramel, vanilla, peanut butter, pumpkin and strawberry flavor combinations.

It’s safe to say that I quickly jumped camps from cupcake lover to ice cream sandwich fanatic. And I wasn’t the only one. All of my friends promptly followed Captain Cookie, another famous ice cream sandwich place in D.C., on Instagram, and more than once took the metro a significant number of stops to follow the truck around.

If I can leave you with a moral to this foodie story, let it be this: as the last few months of heat are leached from the world, hunt for, or, if you dare, make a fresh ice cream sandwich. I know that I have not given up on Winston-Salem yet. And should you find yourself in the Big Apple, Magnolia’s Bakery even joined the trend and is serving their very own ice cream sandwich treats.