The Mary Chain return with first album since 1998 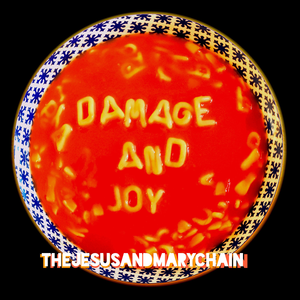 In Damage and Joy, their seventh studio album and the first since their split in 1998, The Jesus and Mary Chain create a rock collection more atmospheric than most produced in recent memory.

While other alternative rock bands implement intellectual lyrics and tightly controlled instrumental sequences in their work, The Jesus and Mary Chain hit the listener square in the face with 55 minutes of drug-induced, heavily-distorted, groovy and guitar-squealing nonsense.

The Jesus and Mary Chain are an alternative rock band from Scotland that formed around two brothers, Jim and William Reid, in the 1980s.

Having won a brief moment of critical acclaim in the late 80’s and early 90’s, the band ultimately broke apart after the release of Munki (1998) — a commercially unsuccessful and musically weak album.

But after their split, a highly-sold collection of greatest hits encouraged the band to tour again in 2007, reminding audiences of the bad behavior that once made Jesus and Mary Chain so famous.

The band was tokened “the new Sex Pistols,” a name well-earned for their amphetamine-fueled performances that lasted 25 minutes at most and usually broke out into violence.

The lyrics of the new album show that the Reids, both nearing 60 years of age, have hardly grown up one bit. The song “Simian Split” begins raucously with the lyric “I killed Kurt Cobain / I put the shot right through his brain.”

Honestly, that’s not even the most laughable lyric of the entire album, with Jim Reid admitting in the song “Facing up to the Facts” that he “can’t find a hole [he] can put his erection.”

But despite its lyrical absurdity, “Facing up to the Facts” also gives the most honest and endearing lyric of the entire collection: “You know there’s no safety net / You know this is all we get.”

This line gives the sense that the artists understand that they only have one shot at a comeback album and that their careers teeter in the balance.

Although long-term exposure to the lyrics of this album may ultimately damage your psyche, the work — like most other Jesus and Mary Chain albums — promises to lead to moments of pure, joyous guitar rock.

The lead single, “Amputation,” brings back the groovy baseline and loud, heavily-distorted guitar of their previous work. It’s hard not to bop your head and space out to this song because it immediately drops you into a psychedelic atmosphere.

This atmosphere continues into the song, “The Two of Us,” which features a 60’s pop beat accentuated by an electric keyboard that can only be described as one thing — trippy.

Damage and Joy will not blow you away with a knockout single or brilliant new techniques. In fact, the album might be considered on the safe side for the band.

Overall, the album could be just the “safety net” Jesus and Mary Chain need to reboot their career, and their fans have much to be excited for in the future.