Everyone remembers their first time… at Waffle House 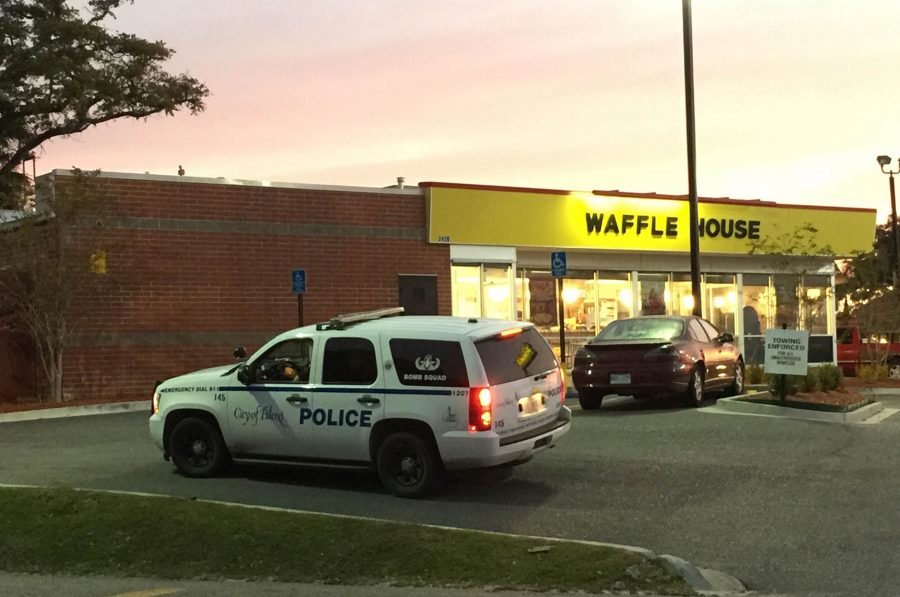 We all remember our first time. There’s often crazy stories, it’s kinda dirty and it  could be in a place where you don’t feel necessarily safe.

On the day of the Student Union Rae Sremmurd concert, my boyfriend, my friends and I decided to pregame by going to the Waffle House near the coliseum. I had never been but everyone said it would be super tasty, fun and cheap, which is appealing to any college kid. I’ve always been more of an IHOP girl myself.

As soon as we got there around 5:30 p.m., we immediately thought something was wrong. What restaurant has no customers during dinner rush?

We went in and sat down at a booth near the restrooms. The server came up to us, handed us some metal forks, spoons and knives that he’d had his hands all over.

Next, he saw we had our Wake Forest shirts on.

He then showed us his tattoo which covered his left forearm. It was not the tar-heel, but it looked like the mascot for a school whose team is the bulldogs. We were confused, but of course, we didn’t ask questions. This was Waffle House, you know.

He began to take our orders and tried to take my friend H’Chiem’s order twice. He got really confused, but it was fine. I asked for a hard-boiled egg instead of an over-easy egg, which confused him even more.

He came back with our drinks and one straw. When we asked for more straws, he said, “Did I not just give you four?” The Waffle House experience, everyone.

For a time, all of the workers went outside for a smoke break. We were there alone. When the guy came back, he brought out a plate of egg soup with two eggs that were barely cooked.

The waffle, though, was amazing. Considering we were at Waffle House, I’d hope the waffles would be good.

We went to pay, and let me tell you, we finessed them. Our server, who used a calculator to ring us up, charged my boyfriend only eight dollars for two waffles, eggs, sausage and two drinks. The waffles alone were about $3.50 each, so something wasn’t right.

For my first time, I’d say it was worth the whole eight dollars.