NHL Recap: One week closer to the playoffs 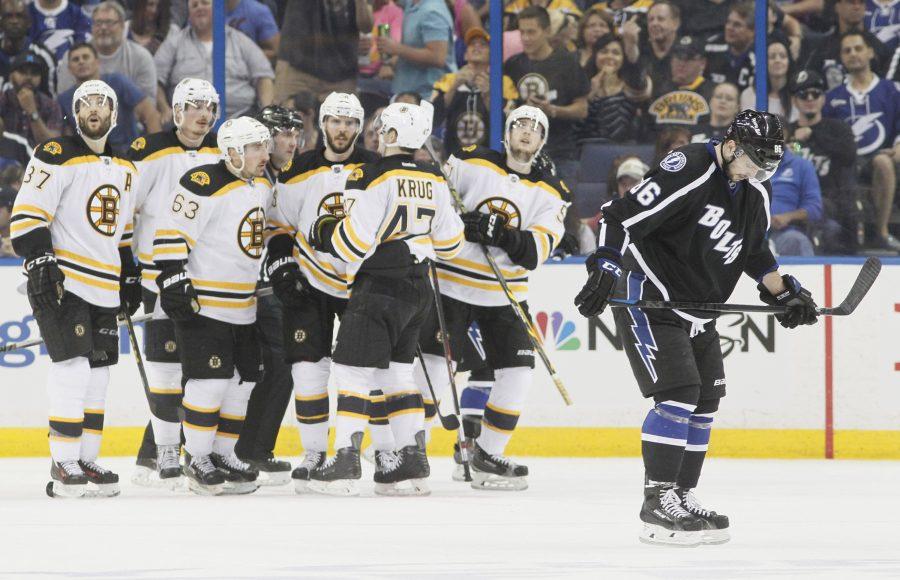 As the NHL season comes to an exciting conclusion, the teams on the fringes of the playoff race are fighting to secure position for the post season.

The Boston Bruins got their most important victory of the season on Tuesday night with a 4-1 victory over fellow fringe contender Nashville Predators. After an embarrassing 6-3 loss to Tampa Bay last Thursday, the Bruins put themselves in a precarious position.

No longer controlling their own destiny, the Bruins were on the verge of a third epic collapse at the end of the regular season in the past three years. Boston however was determined to not put their fans through the misery they had endured the previous two seasons.

Boston emerged victorious against the Islanders on saturday and dominated the Predators on Tuesday. Key to these performances was the play of star netminder Tuukka Rask. After letting up six goals against Tampa Bay (with two of them being shots that should have been saved), Tuukka responded to the criticism he faced from the Boston media by letting up only two goals total in the next two games.

As of now, the Bruins continue to cling onto the final wild card spot in the Eastern conference and are ahead of Tampa Bay by three points.On the other side of Tuesday’s game was the Nashville Predators. After making the playoffs on last season, the Predators found their post-season hopes in a precarious position on March 9 after struggling through a large part of the season.

Like the Bruins, the Predators responded by playing their best hockey of the season, winning seven of their next eight games before Tuesday night and four in a row at one point. However with the loss on Tuesday, the Predators playoff chances are far from certain. Only one point ahead of St. Louis (who have a game in hand on Nashville), the Predators will have to remain sharp in their final six remaining games.

Nashville plays St. Louis on Sunday and this matchup could determine which team gets into the race for the Stanley Cup. The cards are stacked against Nashville; however, as the game is in St. Louis and falls on the second night of a back to back.

Auston Matthews made history in the Toronto Maple Leafs 3-2 victory over the Florida Panthers on Tuesday night. With his goal early in the second period, Matthews 35th of the season broke Wendel Clark’s 31-year franchise rookie goal scoring record.

Matthews, the first overall pick in last seasons draft, has led the Leafs this season from mediocrity to their best showing in the NHL since the last time they made the playoffs in 2012-13. Matthews has been in a battle all season long for the rookie points race with fellow phenom Patrik Laine of the Winnipeg Jets and currently leads Laine by one goal and point for the lead. While the Maple Leafs postseason berth isn’t guaranteed yet, more performances by Matthews like his on Tuesday would go a long way for Toronto’s playoff hopes.