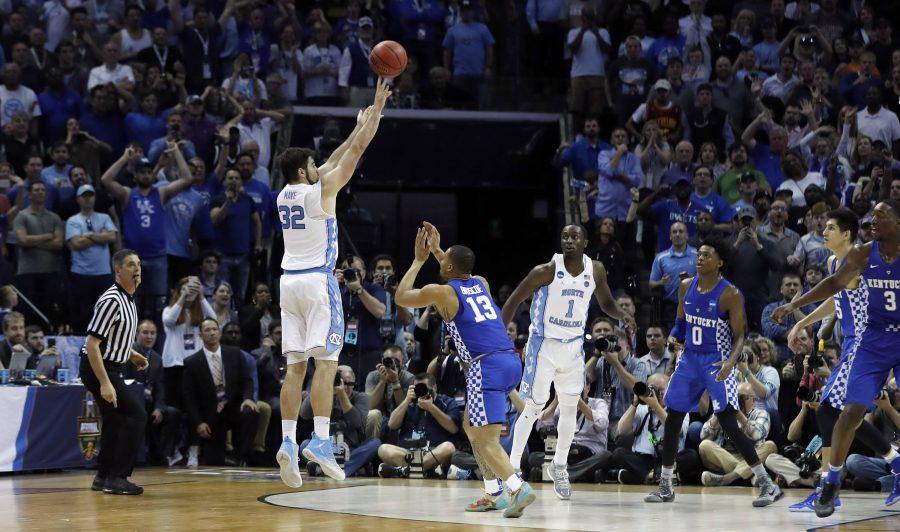 Another thrilling weekend of college basketball took place this past weekend.

Gonzaga, UNC, Oregon and South Carolina all punched their ticket to the Final Four in Glendale, Arizona this past weekend. The Sweet 16 and Elite 8 games ranged from huge blowouts to tight buzzer beaters.

At Madison Square Garden, the East Region had no shortage of drama. The four-seed Florida beat the eight-seed Wisconsin, 84-83, on a last second three-pointer by Chris Chiozza in overtime. Chiozza drove the length of the court in four seconds and hit a floating three-pointer to allow the Gators to escape.

The seven-seed South Carolina Gamecocks did not need any last second magic as they destroyed Baylor 70-50. In an all-SEC Elite Eight matchup, the Gamecocks rallied late to defeat the Gators, who were making poor offensive decisions in the final few minutes. Led by SEC Player of the Year Sindarius Thornwell, South Carolina is headed to the first Final Four in program history. The Cinderella team had not even won a game in the NCAA Tournament since 1973. South Carolina moves on to take on Gonzaga Saturday on CBS.

The 1-seed Gonzaga Bulldogs won the West Region to also advance to the Final Four for the first time in school history. In the Sweet 16, Gonzaga held-off the four-seed West Virginia Mountaineers that caught fire late.

With 25 points from Trevon Bluiett, the 11-seed Xavier squeaked-out a victory against two-seed Arizona, 73-71, to set-up a match-up with Gonzaga. Gonzaga marched into the Final Four with a commanding 83-59 win. The Bulldogs, coached by Mark Few, finally advance to the final weekend of the tournament, earning the respect the program deserves. Gonzaga has had at least 28 wins in each of the last four seasons and already 36 this season. The Bulldogs’ remarkable consistency gets the benchmark victory needed to validate a top-tier college basketball program.

On the other side of the bracket in the Midwest Region, the one-seed Kansas Jayhawks ran past the four-seed Purdue 98-66 in a game that was never close in the second half. The three-seed Oregon beat the red-hot seven-seed Michigan, 69-68, with 20 points from Tyler Dorsey. Dorsey was forced to step-up with Pac-12 player of the year, Dillion Brooks, struggling mightily with his shot. Dorsey continued to be in-form against the Jayhawks. Oregon took down Kansas, 74-60, with 27 points from Dorsey and 17 points from Brooks. The Duck’s Jordan Bell, who finished with 11 points, 13 rebounds and eight blocks, is being considered the tournaments breakout star.

The loss for the Jayhawks is another disappointment under Bill Self. Self is a mere 2-5 in the regional finals at Kansas, even though the Jayhawks have been a one-seed  seven times in the last 14 years. Oregon enters their second Final Four all-time but first since 1939. The Ducks will play the University of North Carolina Tar Heels in the Final Four.

The one-seed Tarheels won the South Region, which featured multiple high-quality games from some of the sport’s most storied programs. North Carolina scored at will against the four-seed Butler and won, 92-80. The two-seed Kentucky played 3-seed UCLA in a fast-paced game. The Wildcats outscored the Bruins, 86-75, in rematch from a December game won by UCLA. De’Aaron Fox had a career-high 39 points and outplayed Lonzo Ball to punch Kentucky’s ticket into the Elite Eight. With a trip to Phoenix up for grabs, North Carolina and Kentucky found themselves in the best game of the entire NCAA Tournament. Freshman Kentucky guard Malik Monk hit a challenging three-pointer with 7.2 seconds left. With the game in the balance, UNC’s Luke Maye hit a jumper with 0.3 seconds left to lift the Tar Heels over the Wildcats, 75-73. The Tar Heels enter their record 20th Final Four as the favorites for the national championship and look to win the tournament a year after losing at the buzzer to Villanova. North Carolina will play Oregon Saturday at 8:49 p.m. on CBS.

Even without many traditional college basketball powers, there are plenty of headlines heading into the Final Four. An all-Carolina game or all-west coast national championship remains possible. Regardless of the match-up, the final few games of March Madness rarely disappoint as the college basketball season comes to a close.