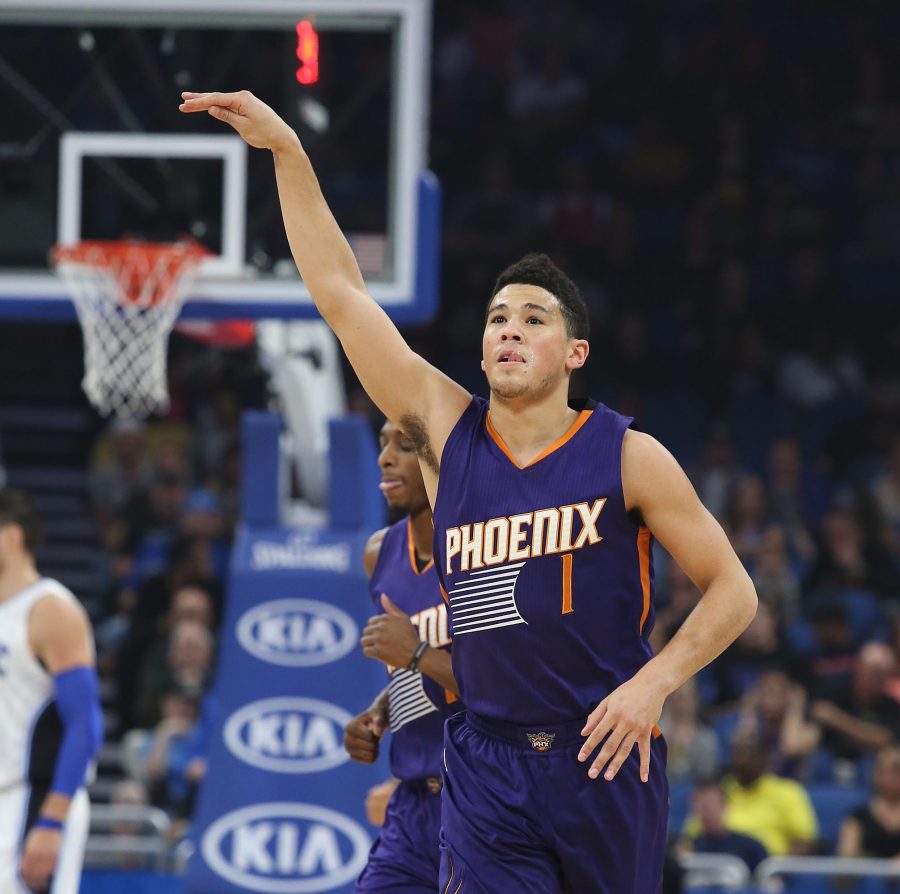 With the NBA regular season coming to a close, the playoff picture is truly starting to take shape.

Most teams have between just seven and nine games remaining to solidify their spot in the final standings.

The biggest storyline entering the final two weeks of the season is the Cleveland Cavaliers. The reigning champs have picked a bad time to start playing their worst basketball of the season. LeBron and the Cavs are playing poor defense and they’re feeling the repercussions. Cleveland is just 5-5 in their past 10 games and on Monday, March 27, the Cavs lost by 29 points to the Spurs.

This loss pushed the Cavs out of first place in the East for the first time all season. Now, with just nine games left, Cleveland sits a half of a game behind the first-place Boston Celtics.

On Friday, March 24, Devin Booker, shooting guard for the Phoenix Suns, had one of the greatest single performances of the season. The 20-year-old second-year player out of Kentucky scored 70 points, the most by any player since Kobe Bryant scored 81 points against the Toronto Raptors in 2006. Even with Booker’s remarkable performance, the lowly Suns still lost 130-120 on the road against the Celtics. Booker joins the elite company of Kobe Bryant, Wilt Chamberlain, Elgin Baylor, David Thompson and David Robinson by becoming just the sixth player to ever score 70 or more points in an NBA game.

As the season comes to a close, the battles for the final playoff spot in each conference are getting intense. In the West, the Denver Nuggets and Portland Trail Blazers are duking it out for the eighth overall seed and the opportunity to play Golden State in the first round. Portland leads Denver by just one game for the final spot.

It would be very exciting to see Denver sneak into the playoffs, as they have not made the playoffs since the 2012-2013 season and have not made it out of the first round since 2008-2009. Also, Nikola Jokic has been one of the greatest surprises of this NBA season. The 2014 second-round pick from Serbia has come on as arguably the best center in the league, averaging 16 points, 10 rebounds and a remarkable five assists per game to go along with the eighth best player efficiency rating (PER) of any NBA player.

In the East, there are three teams within two-and-a-half games of the final playoff spot. The Miami Heat currently hold the eight-seed with the Chicago Bulls and Detroit Pistons the two behind them, respectively.

The Heat have been one of the most interesting stories in the league this season. After starting the season 11-30, Miami is 25-8. Led by Goran Dragic, Hassan Whiteside and Dion Waiters’ breakout season, it appears the Heat will sneak into the playoffs.

It should be fun to watch as the NBA regular season winds down and teams prepare for the playoffs. In my next NBA Recap, be on the lookout for my picks to win this season’s awards as well as some playoff predictions.