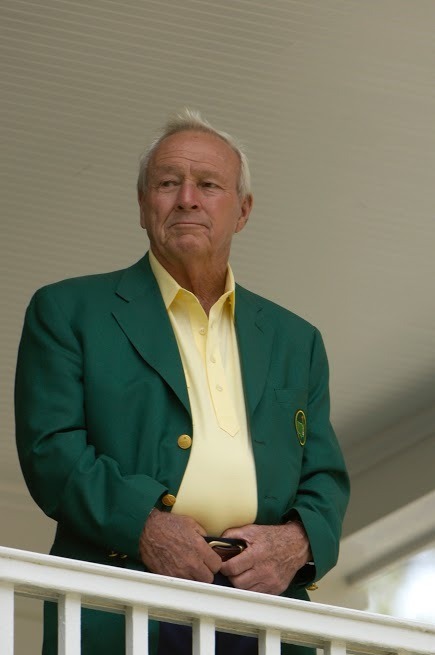 It is hard to adequately quantify the impact that the four-time tournament winner and 50-time tournament participant had on the Masters and golf as a whole. The man was a true gentleman both on-and-off the golf course and served as the sport’s preeminent ambassador for over half a century.

In the past decade, Palmer, along with fellow aging superstars Jack Nicklaus and Gary Player served as honorary starters at the Masters and hit opening tee shots to kick off the tournament (last year Palmer was too frail and opted out of his opening tee shot, yet remained a starter). This year, when Nicklaus and Player step into the tee box without Palmer to hit their tee shots, one will be hard-pressed to find a dry eye at Augusta National.

The void left by Palmer is sure to leave a somber tinge at the Masters this year. However, this sentiment is certainly not the one that Palmer would wish upon the tournament. As opposed to being mourned, the happy-go-lucky sportsman would want to be remembered and celebrated for his accomplishments. He would also hate if his memory took away from what is sure to be another incredible weekend in Augusta.

In the field of Masters participants, there will be two Wake Forest alumni. These include 2012 U.S. Open winner Webb Simpson and Bill Haas. Each man has a legitimate shot at taking home a green jacket.

So far this season Simpson has played in 12 tournaments, making the cut in nine of them. His play has earned him $1,059,173, 461 FedEx Cup Points and a world ranking of 31. Notably, at the Waste Management Phoenix Open in early February, Simpson and Hideki Matsuyama finished the tournament tied for first at 17-under par.

Matsuyama, who is playing lights out golf this season, edged Simpson out in a sudden-death playoff that lasted four holes to win the tournament in Phoenix. The white-hot Japanese ball striker is currently the second ranked player in the world and if he can put together a competent putting performance in Augusta, he very well may be the first Japanese player to win the 83-year-old tournament.

Haas comes into the tournament after competing in nine prior tournaments this season. He made the cut in each of his showings. His play has earned him $1,657,659, 624 FedEx Cup Points and a world ranking of 19. While the 34-year-old, 13-year-PGA tour veteran has yet to win a major championship, this Masters Tournament may be his opportunity to reach this elusive milestone.

Haas’ most recent showing was two weeks ago at the World Golf Championships-Dell Technologies Match Play tournament where he finished tied for third place with Hideto Tanihara, behind American superstar Dustin Johnson and Spanish rookie sensation Jon Rahm. If Hass can channel the momentum that he built up in this past tournament, the Golf community would not be shocked to see him leave Augusta a Masters champion.

While a win at the Masters by a Demon Deacon would be cause for celebration for Wake Forest fans any year, if Simpson or Haas were to take home a green jacket this year, the win would be especially special.  It would be a nod to the legacy of one of the greatest athletes this university has ever produced. Without a doubt, golf fans around the world will be pulling for Simpson and Haas to pull out a victory for Palmer.