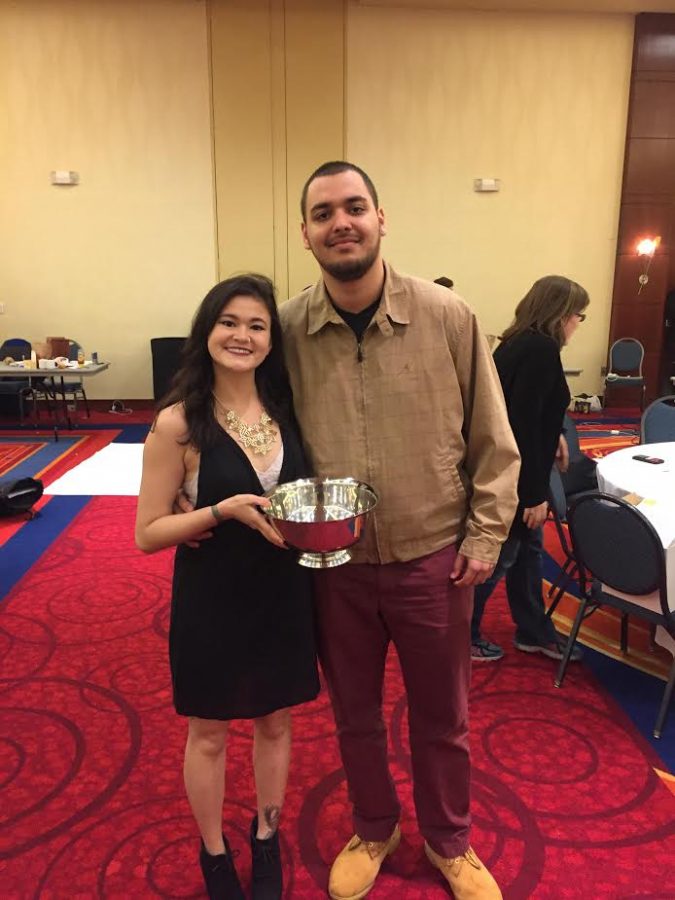 After advancing to the final four at the National Debate Tournament, Wake Forest Debate also claimed its third-straight title at the ACC Debate Championship at the University of Miami on Sunday, April 2. This victory marks the program’s longest ACC title streak.

The topic for the debate was “Resolved: The United States Electoral College should be abolished.”

“I thought that the topic was excellent,” Tomasi said. “It wasn’t difficult to research since there are solid arguments on both sides of the issue. We switch sides each debate round, so some debates we argued against the Electoral College, and other debates we argued for it. That’s one of the most enlightening things about debate as an activity.”

“The tournament hosts did an excellent job, and it was a pleasure to see old and new faces,” Tomasi said. “The tournament has its own tradition, including speech format, and it occurs after the regular season, so competing there was exciting in a very special way.”

Additionally, Wake Forest Debate’s top team of junior Charles Athanasopoulos and senior Corinne Sugino made it to the final four at the National Debate Tournament championship, hosted by the University of Kansas, on March 28. The team was undefeated in its first eight rounds and the top seed before losing to the team from Rutgers who would go on to win the final round of the championship.

“My favorite part of the NDT is the adrenaline,” Sugino said. “You get butterflies in your stomach knowing your debate career could end at any moment. Some people hate it, but I thought it made everything more exciting. “

Athanasopoulos and Sugino were also both ranked as top 10 speakers.

“Being in the final four and a top-ten speaker was really cool,” Sugino said. “When you’re in [eliminations], the whole team is working to win. Those who aren’t competing are helping their teammates with research, and we couldn’t have made it as far as we did without them. “

Wake Forest Debate also holds the record for most consecutive top-ten rankings in the National Debate Tournament results of any team in the nation, a streak which lasted from 1988-2002.

Athanasopoulos and Sugino qualified for the tournament through an automatic bid after being ranked the first and second place speakers overall out of over 300 individual competitors at the 2017 Northwestern Debate Tournament and almost winning against Harvard in a close final round. This type of “first round at-large bid” is only awarded to the top 16 teams in the country for that season.