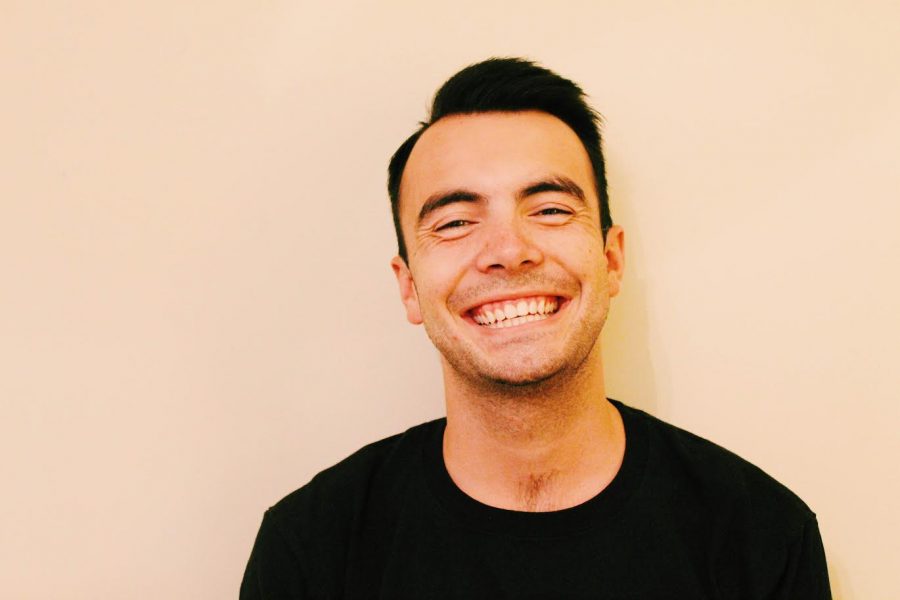 His achievements in this role include registering individual students to vote, passing a resolution regarding paying campus employees the minimum wage and establishing the Winston-Salem presidents council with student government presidents from surrounding schools.

His final act as president? “As a surprise I’m actually introducing a resolution next week that designates me as president-emeritus for the rest of my life. I’ll be back, I’m not leaving ever.”

What are the greatest lessons you learned as president?

I learned a lot during my time, but I think learning the importance of speaking to people that don’t agree with you. It kind of ties into the general theme of making sure that there’s all types of voices at the table when a decision is being made. For me specifically, in addition to making sure there’s different types of voices there, it’s making sure I’m talking with people who don’t think the same way I do and putting myself in situations where I will be challenged by people who don’t support the same ideas and initiatives. Instead of walking away from these challenges and being disappointed or dismayed, having them really helped me discover what it is I’m truly passionate about.

For example, two of the things we did this year that were controversial were the sanctuary campus resolution and the just employment policy resolution. Specifically for the sanctuary campus resolution, I went into meetings with people who were very strong supporters of it and at that time I didn’t really realize how important it was. I didn’t really get the significance. I had to go in with an open mind and understand where the supporters were coming from.

Similarly, I had to go into meetings with others who were vehemently against a sanctuary campus and I had to allow their discontent and dissatisfaction to allow me to better understand why I was so passionate to do what we could to become a sanctuary campus. I was able to walk away with clearer reasons why I supported those decisions, but it was definitely challenging.

What is your greatest accomplishment?

In the conceptual realm, I feel like we did a really great job as an executive board of really introducing student government to issues that haven’t been discussed before in this space. Specifically, under representation of marginalized groups on campus, introducing different opportunities available and bringing in representatives from other groups on campus.

For me, all of these efforts helped increase our legitimacy on campus; it showed student government is willing to engage in many different issues and that we can address the needs of both undocumented students while also deciding what kind of toilet paper should be used in various facilities.

In terms of more tangible accomplishments, I did a lot of the things on my platform that I was really proud of. I loved the Winston-Salem President’s council, the voter registration, but there are so many other things that the council as a whole were able to accomplish that I’m so proud of.

Do you have any regrets from your year in office?

I mean, with a position like this, there’s always regrets. There are always things I wish I had said or done differently. For me there will always be the regret that I hadn’t done more. Last week there was a panel called “Out of Wake” that I was moderating and a question was raised asking what Student Government could do to help the LGBTQ community.

For me this was one of those moments where I realized that in the past we never had specific programming focused on different marginalized groups on campus. I think it definitely relates to the fact that we’re typically an administrative body where we pass resolutions, but we don’t develop much programing. In that moment I realized maybe we should be more involved in sponsorship of groups for marginalized groups on campus, which relates to us injecting ourselves into more controversial aspects of campus.

What do you hope your legacy will be?

I would also love for it to be that I was someone who was both Jordan Monaghan the president and Jordan Monaghan the senior. It was an interesting dichotomy to navigate and I have worked my hardest to show that I can be professional and get work done. But at the same time you have to let yourself have fun and relax. We’ve really tried to help people in student government understand that it’s totally acceptable to relax at Wake Forest.

Is this similar to what you think your legacy will be?

In terms of what I believe my legacy will be, it will probably be a fairly outspoken, pretty liberal, political  president. I think the engagement with politics that I brought to our organization was pretty bipartisan in terms of voter registration; I personally registered 29 individuals and our organization hosted individual voter registration events. I think I will be remembered as making the organization more focused on issues that really matter throughout the country.

How has being president changed you personally?

Being president has both aged me 50 years, while simultaneously making me feel like a five year old every day. I mean it instills in you the motivation and excitement to really see things change, whether that be the addition of a new Old Gold at Chick-fil-a or a larger conversation about the future of the university I have been invigorated to no end.

At the same time, endless meetings and nights in Benson 304 until 3 a.m. have definitely taken some years off my life , but it’s a very harrowing experience. It’s really kind of shown me the dynamic nature of leadership in that there are important distinctions between when to lead from the front and when to allow others to go before you.

It’s really shown me that I need to be in politics. I can’t not want to occupy some kind of position that will impact other’s lives. I think being president has introduced me to the incredibly lucrative life that is public office, in that the power I have in this chair is power that can be harnessed to enhance the lives of students. This incredible influence has drawn me to pursue the concept of politics in my life and in my study. Being president has emphasized my passion for speaking for those who feel they don’t have a voice.

I have also become more of a realist in the best way possible. It has helped me understand the real parameters that exist around institutional and cultural change that can impact the student body. I have been forced to really set my focus on tangible goals. I could go on for hours about what I’ve learned as president, but ultimately it’s just allowed me to realize why I’m passionate about what I’m passionate about.

The last thing I want to say is: thanks. It’s been an incredible year to be the president of a student body, and I would not have the commitment or the passion for this position if it wasn’t for the student body and those I am able to represent with this office.