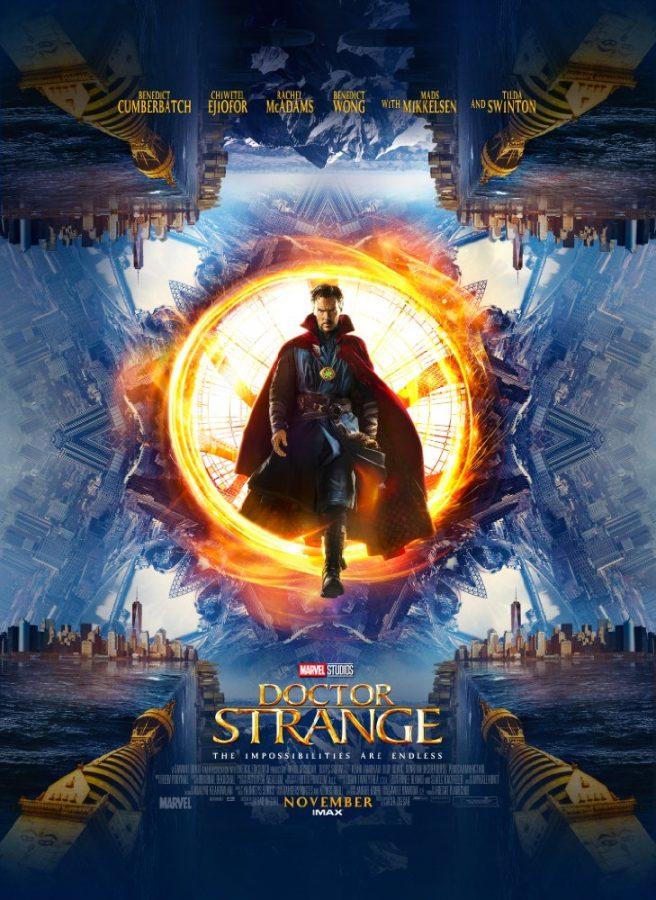 While “strange” is definitely a word you could use to describe the most recent Marvel movie, other words could include “enticing,” “dramatic” and “entertaining.”

Benedict Cumberbatch stars as Dr. Stephen Strange, an extremely egotistical surgeon who finds his calling in the mystic arts after injuring his hands in a car crash. After doctors in the developed world of New York City tell him that continuing his surgical career with his injuries is essentially impossible, he travels to Nepal in search of a 10th, or 11th, medical opinion.

There, he finds a cultish compound called Kamar-Taj. Through a montage similar to that of The Karate Kid, Strange learns how to conjure a circle of sparks using the mystic arts and his hands begin to heal. It’s soon discovered that he’s naturally inclined to be a great sorcerer. Now, he must choose between returning to his surgical career or protecting the earth from the Dark Dimension.

Whoever was in charge of special effects for the movie went a little bit overboard, and by that, I mean they jumped ship. There was one scene in particular during which I couldn’t help but crack up laughing at the ridiculousness of it, despite it being a somewhat serious part of the plot. Strange was caught in some kind of weird hand dimension, where his fingers were growing miniature hands and those hands’ fingers were growing more hands and then, all of a sudden, he jumped into the center of a giant eyeball and I lost it.

The movie continued to make me feel as if I may have accidentally eaten the wrong brownie in a twisted, glitchy Alice in Marvel-land spoof. Gravity was going sideways, people were jumping on the sides of buildings, cars were coming out of literally thin air and people had ghosts without being dead. There was just a lot going on.

After the “Ancient One,” Strange’s mystic arts mentor, dies, Strange takes it upon himself to protect Earth from being engulfed by Dormammu, leader of the Dark Dimension, where time does not exist. He creates an infinite time loop in which he and Dormammu are stuck in the same moment over and over again. Similar to a toddler not getting what he wanted, Strange’s strategy for bargaining was to be as annoying as possible for as long as possible until he finally got his way. However, instead of “his way” being more T.V. time or a popsicle, Strange freed the Earth from the grasp of the Dark Dimension.

Despite the trippy special effects, I’m glad that the movie brought a new character into the Marvel Universe, complete with a personality complex and a sub-plotted love interest. There were lots of plot holes, but I expect that the majority of them will be explained away by magic, as is typical of “magic” movies.

Overall, I enjoyed the movie and am looking forward to seeing Strange’s story continue. I guess I’ll forgive Cumberbatch for taking so dang long with the Sherlock series if he’s spending his time starring in a Dr. Strange sequel — or better yet, the next Avengers movie.