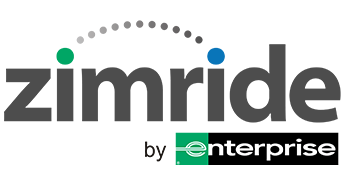 By carpooling just twice a week, 1,600 pounds of greenhouse gasses can be kept from the air each year.

As a result of this information, the limited use of Zimride on this campus has proven that members in our community are not yet willing to make sacrifices in order to carpool, due to a variety of reasons — including their overall unawareness of its consequences.

Zimride, a ride-sharing network, was introduced to Wake Forests’ campus in 2012 as a way to encourage students, faculty and staff to protect the environment and save money. It works to connect drivers and riders who are headed in the same direction through its website or Facebook page.

This ride-sharing network requires a registered Wake Forest email address to sign up. Zimride is economical because it allows drivers to save up to 75 percent on travel costs by splitting a ride with three passengers. Most importantly, the act of carpooling has a major impact on the overall reduction of car pollution, ultimately protecting our environment.

“Since its inception in 2012, we’ve had over 1,100 users and over 1,100 individual rides posted,” said Brian Cohen, the program coordinator for the Office of Sustainability, “That being said, it is undeniable that many people have still not heard of Zimride.”

“I assume that students are unaware of Zimride because they aren’t looking for a ride matching platform,” said Dedee Johnston, the chief sustainability officer. “Sometimes we don’t see things that are clear in sight because we’re not looking for them.”

This idea of not looking for a carpooling network stems from the lack of knowledge regarding its influence on the environment, thus contributing to the refusal to participate in it.

Sara Cecere, a Greeks Go Green representative, carried out research on the creation of this ride-sharing system.

“In terms of Zimride, only 2.56 percent of those who responded used it or another carpooling app,” she said.  “We found that the biggest barrier to carpooling was that an overwhelming majority (85.71 percent) felt it was inconvenient to coordinate with other people.”

In addition to this, Cecere said that only 2.59 percent of students reported that they believed carpooling reduces carbon dioxide emissions.

This information illustrates the discouraging fact that most people on campus are uninformed about the impact that humans have on our surroundings. In reality, every ride-share works to take away four cars from the road, which is equal to planting about 4,000 trees, according to the Mother Nature Network.

A once-a-week switch to carpooling can decrease a drivers’ carbon footprint by 20 percent.

Considering today’s political climate, our understanding of this data is more important than ever.

Trump believed that Obama’s restrictions on power plants and coal mines only worked to hurt American workers. As a result, he eliminated many government regulations on environmental protection.

While this executive order does not directly pull the U.S. out of the Paris agreement, which commits 196 nations to reducing its carbon footprint to decrease global warming, it puts less pressure on individuals, businesses and the country to accomplish this goal.

This is why awareness is imperative.

“I think if students were more exposed to learning about the impact that they have on the environment, like driving in a car, the more likely they would be to use a system like Zimride,” said junior Mariweir Harris.

There is hope for the future.

“Our Greeks Go Green representatives have also been promoting it within their sororities and fraternities,” Cohen said. “We’ve seen a gradual increase in users, especially before breaks.”

After learning about the ride-sharing network, sophomore, Mitch Dyer, said, “I had no idea [Zimride] existed. If I had known, I would have definitely used it.

“That’s why I believe this is the type of thing that will take off once it becomes a norm on campus,” Cohen said. “But we really need the help of other organizations in reaching more people.”