Professors speak out on House Bill 2 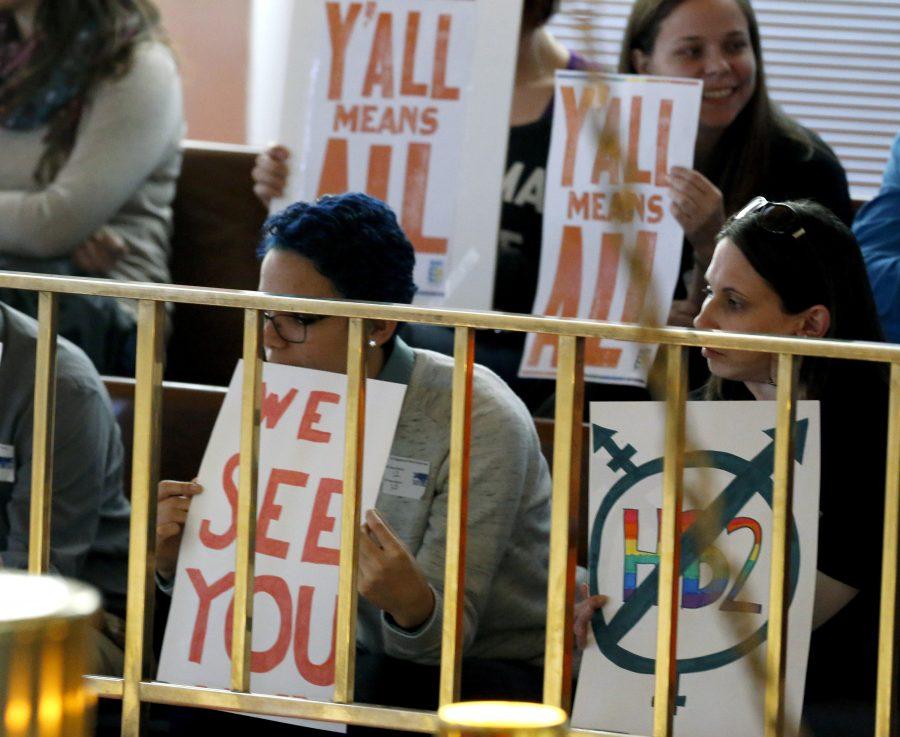 On March 30, North Carolina Governor Roy Cooper signed House Bill 142 (HB142) in an effort to uphold his campaign promise to repeal House Bill 2 (HB2), a tremendously controversial piece of legislation that has drawn national attention over the last year.

Controversy arose when the Charlotte City Council passed protections for LGBTQ individuals in the city’s non-discrimination ordinance in February of last year, granting protection in government-run facilities in response to local LGBTQ leaders.

The law required that people use restrooms in accordance with their sex as noted at birth, rather than their gender identity, and prohibited local governments from enacting non-discrimination ordinances.

“As I think any citizen should be, I was disturbed by the way it targeted the LGBT community,” said law professor Harold Lloyd. “I was also disturbed by the broad swipe it took at workers in general.”

It further prohibited local governments from regulating or setting a new minimum wage or regulating hours of labor, benefits and leave.

“[Local municipalities] are even prohibited from taking care of child labor problems they might feel are specific to their locality,” Lloyd said.

The American Civil Liberties Union (ACLU) filed a lawsuit on March 29 asking courts to overturn the law, challenging its constitutionality.

Two weeks later, McCrory signed an executive order preventing state employees from being fired for being transgender but filed a lawsuit asking federal courts to declare that HB2 is not discriminatory less than a week later on May 9.

That day, then-U.S. Attorney General Loretta Lynch formally announced a federal lawsuit against the state, the governor, the Department of Public Safety and the University of North Carolina, calling HB2 “impermissibly discriminatory.”

“The legislature and the governor placed North Carolina in direct opposition to federal laws prohibiting discrimination on the basis of sex and gender identity,” Lynch said. “More to the point, they created state-sponsored discrimination against transgender individuals, who simply seek to engage in the most private of functions in a place of safety and security — a right taken for granted by most of us.”

Outside of questions regarding infringements on civil rights and constitutionality, many North Carolinians expressed concern over the economic ramifications of HB2.

Last summer, major corporations such as PayPal, American Airlines and DOW threatened to or did pull out of business deals in the state. The National Basketball Association (NBA) pulled its All-Star game from Charlotte and the National Collegiate Athletic Association (NCAA) pulled seven championship games.

Todd McFall is a professor of economics considered an expert on NCAA governance.

“From a political economy perspective, the legislature in North Carolina has created an environment that’s putting hurdles up for cities to host these events,” McFall said.“What I see is the state legislature poisoning the well for particular municipalities across the state that would’ve enjoyed visitors eating in their restaurants, staying in their hotels and using their great facilities that people took a long time to invest in and make.”

“These places need renovations or their could be new facilities built,” he said. “Why would anyone do this when the state legislature is being capricious and malicious toward certain entities that may want to host events in North Carolina?”

McFall predicts that this contention will impact the construction sector from architects and engineering firms to blue collar workers who will be more likely to struggle to find enough work.

“The final thing I think it does is that businesses who perhaps want to incorporate in North Carolina or at least have offices here look at this legislature and say ‘What’s their next move going to be?’,” McFall said. “If they’re willing to part ways with the economic activities associated with entertainment, what else are they willing to do? What other hills are they willing to die on?’”

At the federal level, U.S. Attorney General Jeff Sessions has halted Justice Department litigation against North Carolina. His appointment earlier this year brought controversy as he faced criticism regarding his antagonistic judicial reputation toward civil rights.

The U.S. Departments of Justice and Education have also issued a new “Dear Colleague” letter rescinding the previous guidance of these two agencies on the rights of transgender students in educational institutions established during the previous administration. Although Title IX still stands, advocates argue that this renunciation will encourage an atmosphere that will put transgender students at greater risk for harm.

“Although the recent replacement of HB2 and subsequent decision by the U.S. Justice Department to withdraw its lawsuit against the state naturally has an effect on pending federal lawsuits, it does not necessarily bring an end to this litigation,” said John Dinan, professor of politics and international affairs.

“Various civil liberties groups have signaled an intent to continue the litigation, originally scheduled to go to trial next month, and amend their lawsuit to take account of HB2’s replacement with HB142, which eliminates the contentious provision requiring persons to use restrooms consistent with the sex on their birth certificate but leaves in place for another three years a moratorium on local governments passing antidiscrimination ordinances of the sort enacted by the city of Charlotte.”

As state attorney general, Cooper refused to enforce HB2 and many credit that resistance for his recent electoral victory. It remains to be seen how his replacement Josh Stein will choose to enforce HB142, and how state-funded institutions and local municipalities will navigate the uncertainties it brings.