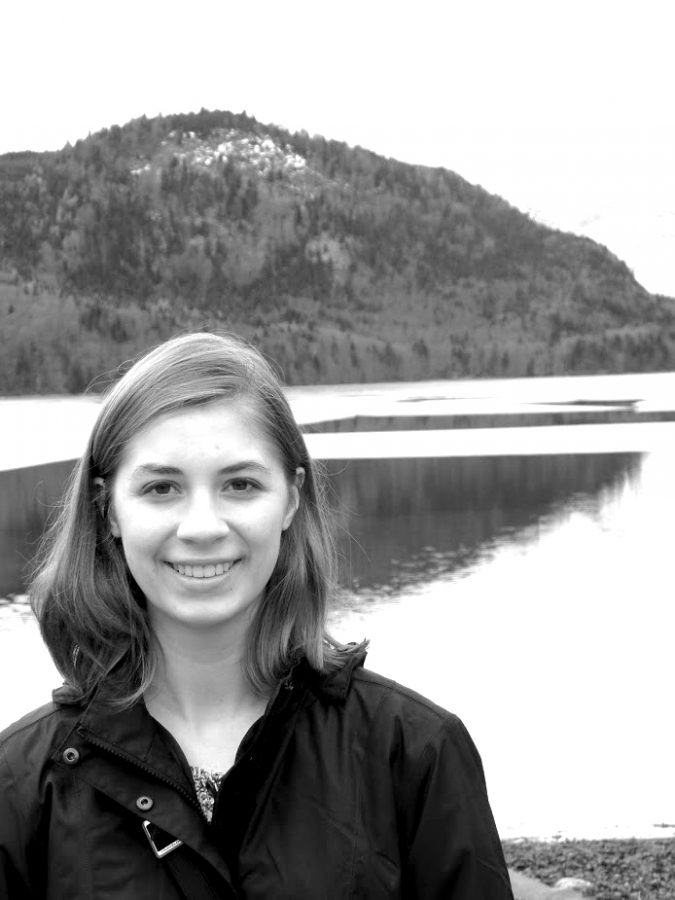 Elizabeth Sarkel, a junior biochemistry and molecular biology major from Columbus, Ohio, has been named a 2017 Barry S. Goldwater Scholar for excellence in science.

Sarkel was one of 240 students selected from 1,286 candidates studying natural sciences, mathematics and engineering at 470 institutions around the country. Sarkel’s research uses genetic, pharmacological and physiological techniques to characterize the molecular signaling mechanisms of root gravity response.

What excites you the most about being named a Goldwater Scholar?

It’s an honor to have my work recognized by the committee and it’s always nice when other people validate your work as a researcher. Everyone who applied had amazing credentials and will be excellent scientists so it’s truly an honor to be named a Goldwater Scholar.

When did you develop an interest in S.T.E.M. related fields?

I decided I liked science in high school when I took a biology class my freshman year. My teacher was really enthusiastic about biology and it made me realize how cool it could be and how important it is to understand the basic mechanisms of how life functions. I did a summer research program at the University of Chicago after my sophomore year of high school and that convinced me that I wanted to be a scientist and do research.

How did you become involved in Professor Gloria Muday’s research laboratory?

I knew Professor Muday before I came into Wake Forest because she had collaborated with someone I worked with at the University of Chicago. I thought she was really cool and her lab was doing really interesting work on plant development. So I started the summer after my freshman year, and here I am two years later.

What has it meant to you to work with Professor Muday and have a woman mentor in the sciences?

She has been a fantastic mentor and has encouraged me to take opportunities to present my research and not be afraid to talk to other scientists from other universities. During my time at Wake Forest, the Muday lab has been almost entirely female and it’s been really nice to work with female scientists and see all the wonderful role models I have around me. I work with several graduate students and postdoctoral candidates who are all fantastic scholars and are really encouraging to younger scientists.

What have you liked most about the research you’ve worked on?

My research is on how plant roots respond to gravity. If a plant root is disturbed from growing down it has to alter its growth so that it can grow down again. I’m mostly studying the molecular signaling mechanisms that allow for that growth response. This is interesting because it has applications not only in agriculture on Earth, but also in the long-term could potentially be applied to space travel and agriculture in space. It’s going to be crucial knowledge if we ever want to grow plants in outer space.

In general, what do you like about conducting research?

I like research because you never know what you’re going to do that day or whether you’ll make a discovery or have a normal lab day. Every time you gather your data and see what it says, if you get a fascinating result even if it’s not the one you wanted or expected, it’s still really rewarding to make progress in understanding your question.

Tell me about the research you’ll be conducting in Vienna this summer.

On campus I do research on primary roots, but in Vienna I’m doing research on lateral roots which branch off. The lateral roots use similar signaling mechanisms to primary roots in their gravity response but it’s a bit different in the beginning of their development because they have to grow out away from the primary root and then down. They have to modify their gravity signaling at the beginning so I’m working on that specific question.

What advice would you give to young women who are thinking about going into the sciences?

Don’t be afraid to talk to your professors and get involved in labs as early as possible. It’s really important to build up a longevity of research experience. I think most professors, especially at Wake Forest, want to help you so all you need to do is reach out.

What is your dream job?

My dream job is to become a professor, especially at a school like Wake Forest because I want to be able to continue my research, but I like the emphasis Wake Forest puts on undergraduate teaching and mentorship in research and I want to continue in that tradition.

What are your interests outside of the sciences?

I’m a dedicated musician. I play cello in several of the ensembles at Wake Forest and I see a lot of ways that science and music go together. There are a lot of scientists who are also very good musicians so I see that as a significant part of my identity. My ideal life would be to be a biology professor and have my office decorated in classical music posters.