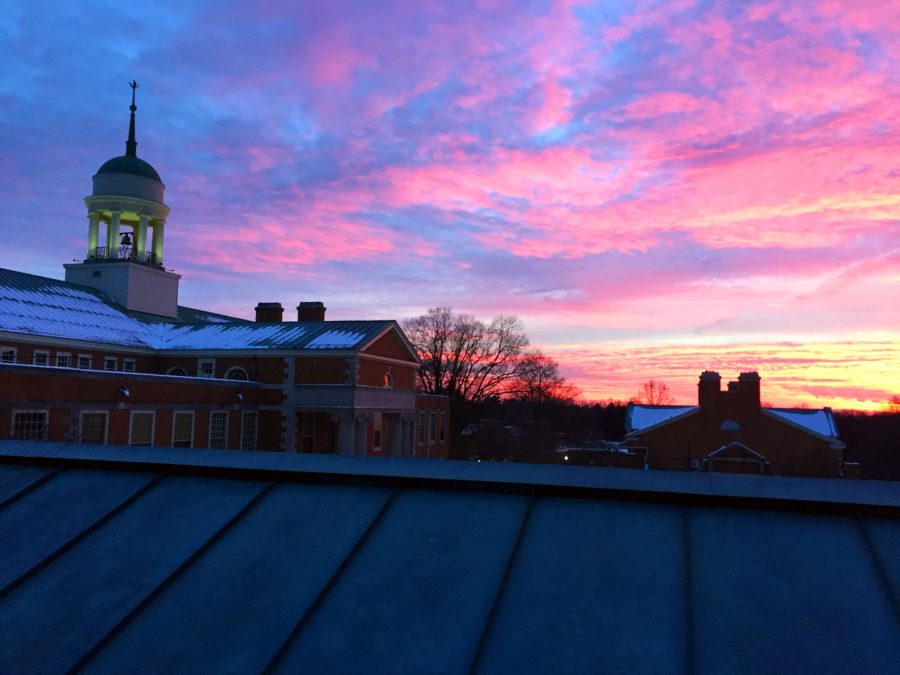 I am sure it is hard to imagine that your four years of undergraduate classes on this campus are coming to a close.

As a sophomore, when I wrote a similar letter last year to the class of 2016, the thought of graduation seemed so far off in the distance. However, as my graduation date looms ever closer, I can only dream of comprehending the bittersweet emotions you all must be feeling.

It must be hard to believe that it is now your turn to walk across that graduation stage. For many of you, I am sure it must seem like just yesterday you were hugging you parents and loved ones goodbye as you moved into your dorm on South Campus in 2013. Now, four years later, you reunite with them again to celebrate your experience here. Yet this time, instead of hugging your mother goodbye, you must hug Mother So Dear goodbye — for now.

But as you reflect on the many memories that you have made on this campus, including numerous Pit-sits, late nights in the ZSR, playing frisbee and eating Subway on the Upper Quad, being featured in one of Dean Shore’s photos and maybe even completing your Senior Fifth, you should be proud to know the stamp you have made on Wake Forest is only a stepping stone for the rest of your life.

During your tenure on this campus, you have been a part of many high and low moments in the university’s history. You have cheered on the Deacs as the football team had their most successful season since you began your academic career at Wake Forest, winning their first bowl game since 2008. You supported the soccer team as they won the ACC title and competed in the National Championship with as much spirit as you pulled for the basketball team in the NCAA tournament. You have celebrated the opening of new facilities and resources on campus, including  Maya Angelou Hall and new athletic facilities, for both student-athletes and students. You engaged in conversations about the tension on campus after President Trump was elected. Additionally, you have mourned the loss of Arnold Palmer, one of Wake Forest’s legends.

In addition to these moments, you have taken courses under professors of the highest caliber, participated in a community dedicated to educating well-rounded students and been pushed to recognize and develop your individual talents. The tools you have acquired during your time here have definitely set you on track for individual success.

The members of the Editorial Board have published this issue as a tribute to you, your classmates and your outstanding achievements at Wake Forest. Within this special edition, you’ll find stories featuring some of your fellow seniors who were nominated by their respective departments, and we hope this will spark your own personal reflection on your time at Wake Forest.

Also in this issue, outgoing Student Government President Jordan Monaghan shares his thoughts on the class of 2017 and calls into question some of the practices of the administration.

The Editorial Board of the Old Gold & Black hopes this edition allows you to look back fondly on your time here and we congratulate you on all your success. We are confident that you will go on to represent our university well in whatever you choose to do. Congratulations!