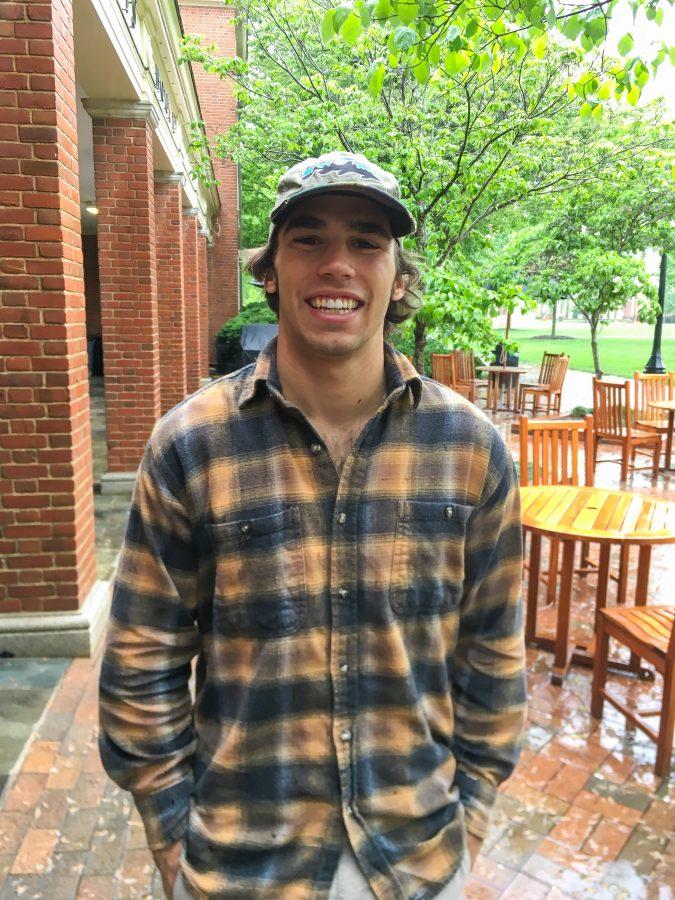 One of the things that drew Daniel Nelli to Wake Forest was the opportunity for students to partake in research.

He knew before coming to Wake Forest that he wanted an environment where he could pursue his studies in physics beyond the classroom.  After joining a biophysics research lab, Nelli knew that biophysics was going to be his major.

Nelli’s research has mainly been in the biophysics lab of professor Martin Guthold and professor Keith Bonin. The first project he started working on his freshman year was an analysis of cancerous cell migration. He observed how cancerous cells moved throughout the body compared to normal cells. After this, he went on to study the mechanical properties of fibrin, one of the main clotting proteins in blood. He studied how fibrin forms and the gaps that are created in the mesh network during the clotting process. In addition to his research done on campus, he studied abroad in New Zealand to research permaculture on organic farms between his sophomore and junior years after winning the Richter Scholarship.

Aside from his work in the lab, his involvement on campus is far spread. He is a member of Sigma Pi Sigma, the national physics honor society. He is also a President’s Aide. He has participated in Hit the Bricks in various capacities throughout his four years and is a mentor for First Year in Focus, a group designed for male seniors to help guide male freshmen who may need help or advice during their transitory first year. He is a brother of Sigma Alpha Epsilon and is the Greeks Go Green representative for the fraternity. He is also on the Campus Rec advisory committee.

Nelli is an especially avid Outdoor Pursuits member. He has been a trip leader since his freshman year. When he has the opportunity, Nelli can be found adventuring somewhere in the North Carolina outdoors, usually at Pilot Mountain. One of Nelli’s favorite pastimes, and definitely one of his passions, is rock climbing. The most memorable rock climbing moment he has had was in Chile while he was studying abroad the fall of his junior year. He was backpacking in Patagonia and on the trail he decided to go bouldering in the Chilean Andes Mountains.

While all of this paints a picture of a proud and thriving Demon Deacon, it was not always that way. Nelli had a difficult time during his first semester at Wake Forest and even considered transferring after freshman year. But that changed as he found his niche in the Wake Forest community. He came to realize that Wake Forest was a place for him to grow and be his best.

“Not only do your peers around you, but your professors and advisers are looking for you to succeed,” Nelli said. “Coming to this realization that this is a place where I can be who I want to be, try the best I can academically, get involved with others and help others was changing.”

Nelli’s plans after graduation remain tenuous. He has deferred offers to go to graduate school for environmental engineering programs in order to take a year off and decide whether or not he wants to return to academia and pursue an advanced degree. He hopes to eventually find a career in the renewable energy or climate change sectors.