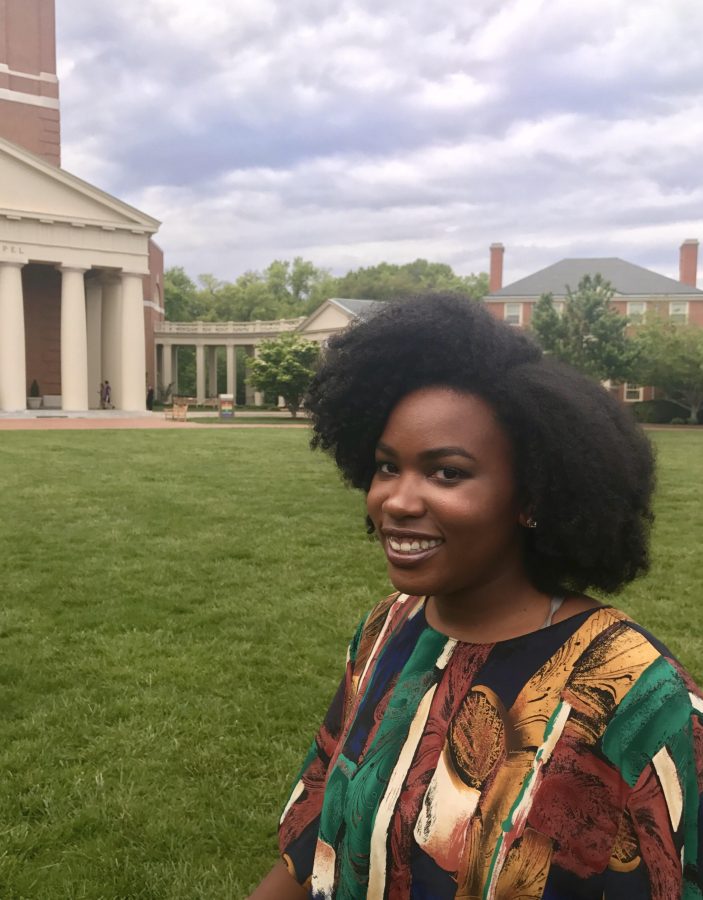 Flip to a random page in the biography of Chinese and economics double-major Darria Chance and it might look like a walkthrough of her routine to get ready for the day. That includes natural hair care, a bowl of oatmeal and  lots of makeup artistry with tutorial guidance.

Or it might be an explanation of Chance’s journey to adopting a completely vegan diet, which she has now maintained for a year and a half.

Chance entered college as a vegetarian with a promise to herself to be vegan by graduation. Although she flirted with veganism several times during her four years, this time it stuck. The lack of dairy products available when Chance studied abroad in Shanghai helped her to make her final transition.

“I don’t like the taste of meat,” Chance said. “I really like animals. And I really like the planet we live on and I don’t wanna do anything that’s going to ruin that.”

Maybe it would be a page of advice to her young, freshman self.

“Freshman year Darria was very, very shy and very quiet, and I didn’t exactly have the highest self-esteem,” Chance said. “Freshman year Darria tried to conform to the stereotype of Wake Forest, and sophomore year Darria stopped caring. I would tell her, stop trying to fit yourself in the box. It’s a small boring box.”

Chance believes that her decision to go natural with her hair, her many hobbies and extracurricular involvements are what have allowed her to grow into this confidence and helped her to survive the stress of “Work Forest.”

Chance loves to read for pleasure and listen to podcasts like “Call Your Girlfriend,” and she’s self taught in pole dancing and polar fitness, using a pole in her home on Palm Drive. She also works as a swim instructor, teaching three group classes and one private lesson each week, and in resource services in ZSR.

“Every now and then, you’ve gotta take some me time: nap, watch T.V., listen to a podcast,” Chance said. “I like to do laundry or even just walk around campus.”

Chance believes that her biggest accomplishment in any of her extracurricular activities, however, was as a coxswain for the club rowing team.

“I coxed a boat of novice women who had been together for 10 days and they got a medal,” Chance said.

Chance considers her other biggest accomplishment to be an academic one — writing her senior thesis for her Chinese major about Jamaica.

“There are and have been a lot of Chinese immigrants in Jamaica, and they had an influence on reggae music,” Chance said.

Chance found her home at Wake Forest when looking for a college that was challenging but also small and close enough to home. The young student had also taken Chinese classes for two years in high school and was interested in the opportunity to study the language while seeing how it could work across disciplines with her other interests.

After four years, Chance has fallen in love with a lot more of the university and the city of Winston-Salem. When she graduates, she’ll miss the beautiful landscaping of campus and its red brick buildings, the calming atmosphere of her favorite carrels in the library and many of the people  she’s met here, including students, faculty and those she refers to as the under-appreciated “hidden gems” of campus — staff members.

“Anytime I go to any other Starbucks, I always judge it against our Starbucks,” Chance said. “Like, Roz would’ve made it better.”

Now, Chance hopes to eventually work in the industry performing data analytics or research consulting, living in New York City, Chicago or Atlanta, but it’s her dream to work in consulting that involves international travel to east Asia and return to living in Shanghai.