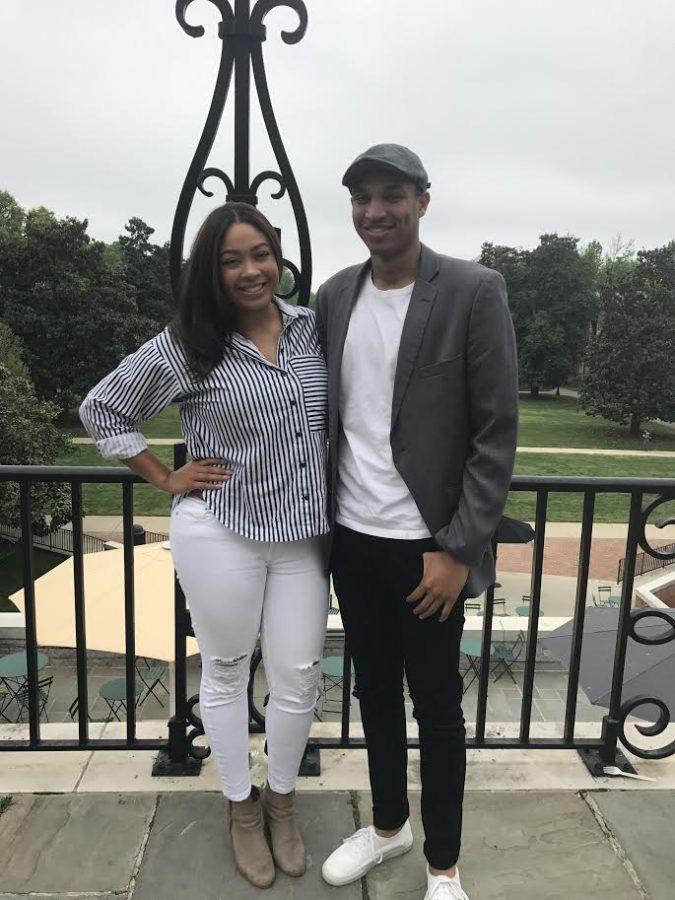 Upon meeting Sydni Williams and Bradley Singleton, it seems obvious that they have a passion for communication.

Both Williams and Singleton have loved the communication department because of the memorable classes and professors. Two of Williams’ favorite professors are  Timothy French and Sherri Williams. She not only learned a lot in their classes, but they helped her confirm that communication was the right major for her.

“Sydni was an excellent student,” professor Williams said. “She was always engaged in the material. She is intellectually curious and she showed that intellectual curiosity by always asking questions, by really moving the conversation and pushing it to another level. I hope that she can find a position that utilizes her intelligence, her brilliance and where she will be able to engage in the kind of work that challenges her intellectually. Also, that fuses her passion for social justice and equality and a place where she will be respected along with her work.”

“My experience and my opinion is valued and Professor Catanoso made me realize that,” Singleton said. “He is so energetic, loves what he does and he is passionate about students getting into journalism. He wants to make sure that I am successful with my broadcast journalism and was a great mentor for me here at Wake Forest.”

Catanoso also holds an enormous amount of admiration for Bradley as a student and a person.

“It has not always been easy for him,” Catanoso said, “but Bradley has been determined to follow his own path at Wake Forest. Journalism, especially broadcasting and podcasting,  has been a vehicle that Bradley has slowly mastered to showcase his talents and I hope, guide his future. I am proud to have had him in my classes.”

Towards the end of their freshmen year, Williams and Singleton had the idea to start their own radio show on campus. They felt that it was needed for Wake Forest, especially because millennials get most of their information virtually.

“We wanted students to know about the raw-cut Wake Forest from our perspective — a minority student perspective,” Singleton said.

The fall of their sophomore year, Williams and Singleton started a radio show every Sunday.  After winning the DeacTank competition, their show, DeaConnection, took off and the duo were featured on both USA Today and The Winston-Salem Journal.

“We thought hey, what if we go around interviewing heroes on campus who are just doing dope things ,” Williams said. “Winning DeacTank was what really got the university to notice us as two students doing media who care about the school and care about highlighting individuals that go here.”

After graduation, Williams will be living in Atlanta working for SunTrust  as an analyst. Singleton hopes to go to New York, Atlanta or Los Angeles and is still in the process of deciding.