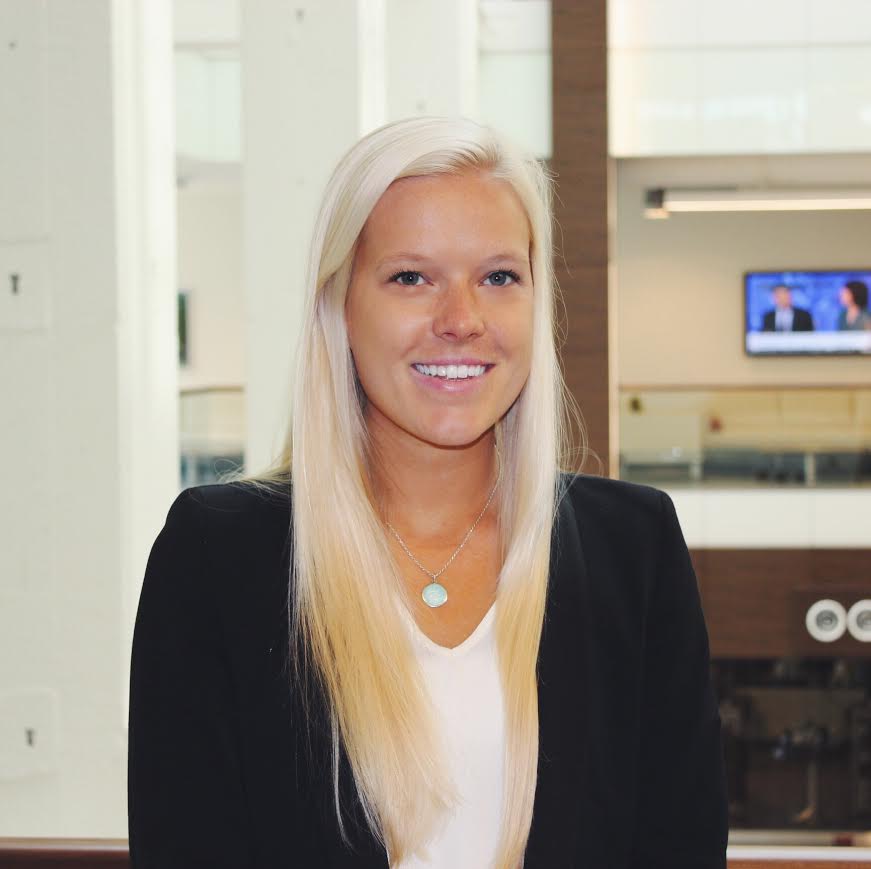 Most people that meet Brynn Jackel for the first time are immediately impacted by her warm smile, infectious laugh and obvious charisma.

However, her ability to light up any room or to make friends with anyone around her are far from all she is capable of. One of the most motivated, high-performing students in the finance department, Jackel embodies what it means to be a successful woman in business.

Jackel always knew she was interested in finance because of her close relationships with certain family members in finance and the early draw she felt to the field.

Although an obviously demanding major, Jackel is also a double minor in entrepreneurship and social enterprise with global trade and commerce.

“Finance is really essential to how businesses function and make money, and in the business world that’s really important,” Jackel said. “I enjoy the Global Trade and Commerce minor because it gives a more global perspective of my finance classes, while  entrepreneurship puts them into a real world setting.”

On campus, Jackel uses her business skills in many of the clubs and extracurricular activities in which she is involved.

Professor Deon Strickland, who has worked closely with Jackel on the student advisory council at the business school attested to Jackel’s success, calling her an excellent student.

Additionally, her four-year involvement in the traditions council reflects her commitment to the school and its deep-rooted traditions that so many students and alumni enjoy.

She also prefers to spend much of her free time outdoors, rather than in the atrium of Farrell like so many of her business-major colleagues.

Growing up in the Northeast, she spends much of her time off the coast of Maine. Her favorite activities range from sailing, to playing guitar, hiking and camping.

The biggest lessons she has learned as a student at Wake Forest reflect the qualities most important to her.

Although deeply committed to her studies and her extracurriculars, Jackel is also a loving friend. Some of the relationships she has formed over the past four years will stick with her after she graduates.

“I’ve really learned how important it is to take advantage of every single opportunity and to always value spending time with friends because our time together during college is so limited,” Jackel said.

After graduating, she will make the big move from Winston-Salem back up north to New York City.

She is taking one of the most competitive post-graduate positions available for young business professionals  — an investment banking analyst position at Wells Fargo.