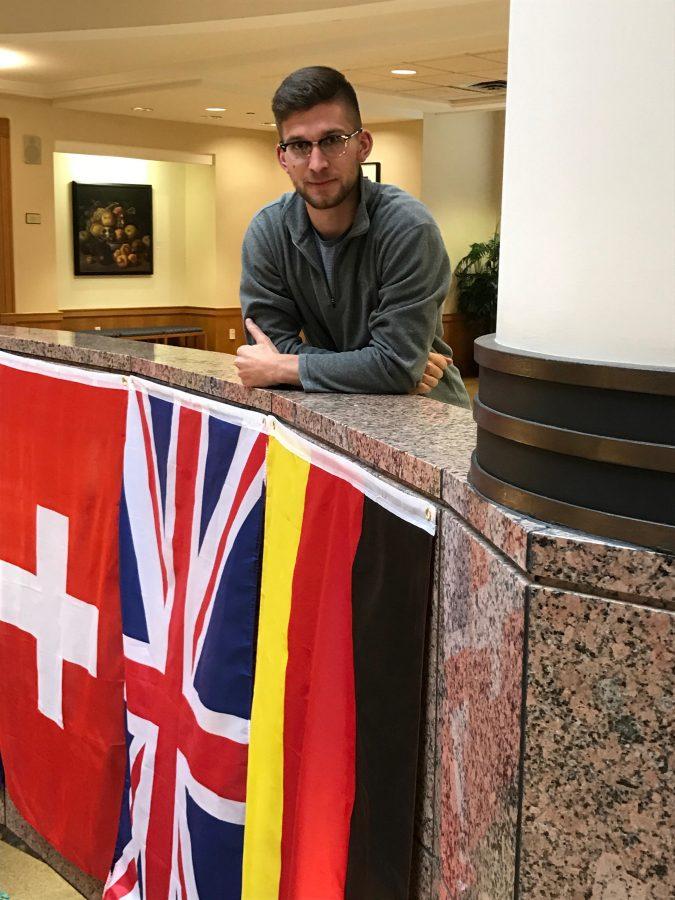 Senior David Brinsky’s passion for the German language started in high school. After studying the language for four years, he already knew coming into Wake Forest that he wanted to major in German.

However, it was when Brinsky studied abroad in Freiburg, Germany that his love for the language and German culture reached a new level.

Spending a year immersed in the language opened his eyes to a whole other world.

“It was great that Wake Forest offered me the opportunity to study abroad for a full year,” Brinsky said. “The experience solidified that I became fluent in German. Because of my background studying the language, I was really able to live like the Germans live and I met a ton of amazing German students when I was there.”

As he was the only student from Wake Forest to travel to Freiburg for a year, Brinsky explained that this gave him a rather unique study abroad experience compared to most Wake Forest students.

“I feel like most people who study abroad only hang out with people from their school back home,” Brinsky said. “But I didn’t know anyone and I lived in a dorm with other German students, so it was an incredible experience to meet and live with them. I am still in contact with many of the people I met there and will hopefully be returning for graduate school in the same city.”

At Wake Forest, Brinsky said that professor Alyssa Howards, the German department chair and his honors thesis adviser, helped push him to pursue the language and challenge himself. She was the one who first gave Brinsky the idea of studying abroad for a full year. He is writing his senior thesis on Hannah Arendt, a German political thinker, and campaign finance in Germany.

Howards said she saw the potential in Brinsky early on in his career at Wake Forest.

“He is a true intellectual,” Howards said. “We in the department remember him stopping by the department open house for first-year students during his freshman year. Even then, we were already impressed with his drive and linguistic skills.”

“His theoretical and philosophical knowledge is easily at the graduate school level,” Boyer said. “He seems to enjoy analyzing even the most challenging texts and also has a quirky sense of humor.”

Beyond his studies, Brinsky is a member of Delta Phi Alpha, the German Honors Society and the Euzelian Literary Society, which is the oldest society formed at Wake Forest. He describes it as a round table discussion and debate group. During his time at Wake Forest, he also worked in the library.

Post-graduation, Brinsky is hoping to continue to study the German language at a graduate school in Germany.