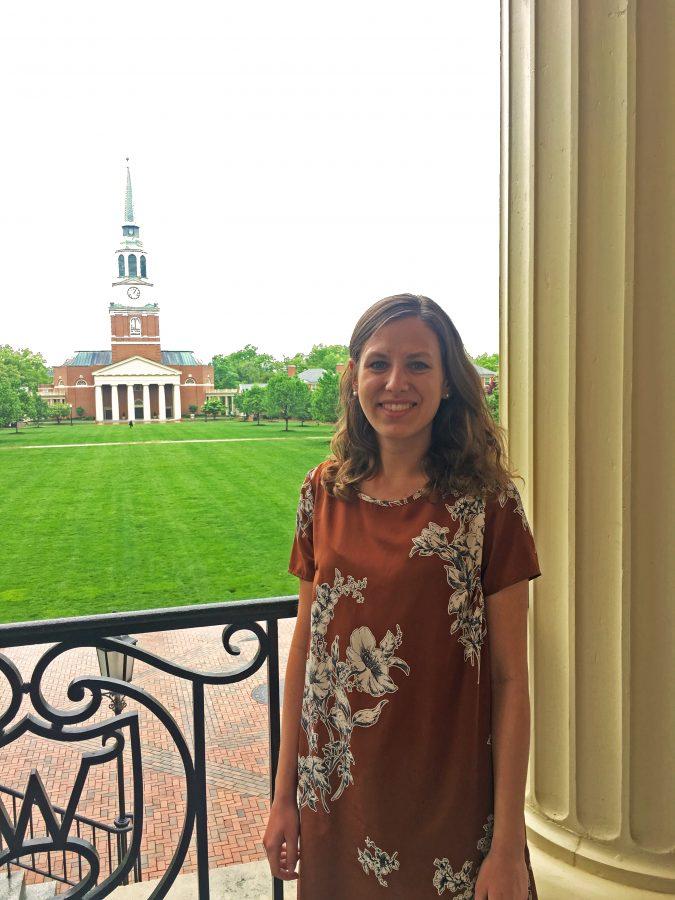 Senior Tara Coady knew during her college search that she wanted to leave her home state of Illinois in hopes of experiencing something different.

“By the time I was graduating from high school, I was ready to see somewhere new,” Coady said. “I wanted to experience something else.”

Coady decided on Wake Forest for various reasons and loves what Wake Forest offers its students.

“I love the liberal arts aspect and how it is really interested in making its students well-rounded people,” Coady said. “It forces you to explore different areas of not only academic thought, but also life experiences in general. It pushes you to get out of your comfort zone.”

Coady’s academic career can be attributed to the liberal arts education. Coady came into Wake Forest wanting to be pre-med with a biology major. However, that changed during her fall semester of freshman year. Coady was enrolled in a divisional course in history and subsequently decided to major in history while remaining pre-med.

“I took professor Yarfitz’s history class freshman year and it was the only class that kept me sane,” Coady said. “I loved it so much.”

While  history may seem to be the antithesis of pre-med, Coady has found a way to bridge her two interests.

“The really cool thing about the history major is that there’s a lot of flexibility for you to do what you want and explore your interests,” Coady said. “I was able to tailor and target my major of study to focus in the history of medicine and public health.”

While she has had a positive experience within the department, it has comes with its challenges. “My major is this weird combination that you have to have everything grounded in facts and be able to back up everything you are saying,” Coady said, “but also you have to make an analytical argument. It is almost similar to the sciences, but also very clearly not.”

Even though Coady decided to not major in biology, she never considered not fulfilling the pre-med track.

“It actually had the weird side-effect of making me more interested in the pre-med route because I learned so much and was exposed to so much more about the healthcare system and the way things work,” Coady said.

Coady’s advisor, professor Simone Caron, has nothing but good things to say about Coady. Caron commented on Coady’s thesis, the History of the Forsyth County Nursing Service.

“She has well developed writing and research skills,” Caron said. “Her prose are clear, her analysis is strong, and her research efforts are tireless. Her final product was a superb honor’s thesis that placed developments in this local health department within the national context of public nursing programs.”

Caron also commented on Coady as a student and person.

“Tara is an exceptional student,” Caron said. “She is a mature young woman with an inquisitive mind and boundless energy.”

Coady intends to apply for medical school during the 2018-2019 academic year. In the meantime, Coady plans to work during her year off.

While she is excited for her next step, she has a lot of appreciation for her time at Wake Forest.

“Along the way I have really enjoyed working with the different professors in the department, Coady said. “I owe them a lot, both academically and personally for shaping my college career.”