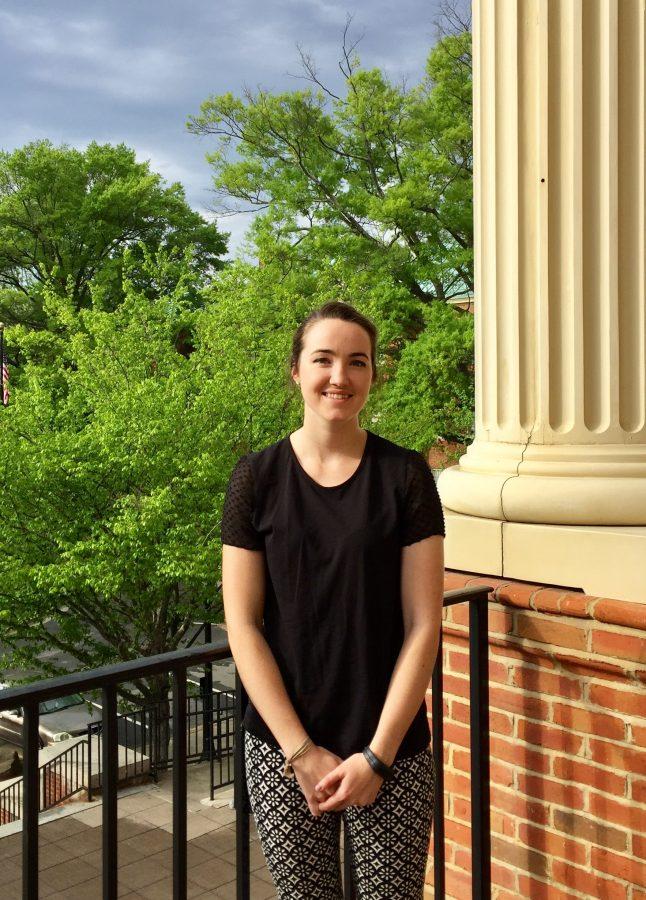 For Anna Gustin, the study of Japanese at  Wake Forest was about much more than simply learning a language.

“Japanese was a great adventure along the way for me,” Gustin said.

The Japanese major and chemistry minor fell in love with the Japanese department at Wake Forest before she was even a student. Intending to major in a hard science to follow the standard path to Medical school, Gustin’s mom encouraged her to follow her passion, which was Japanese.

“I thought, when I was a senior in high school, that I would major in biology or chemistry, because that’s what one does when they want to go to med school. My mom actually said, ‘why do you want to do that? Why don’t you major in Japanese, because you seem to like that.’ I was like oh, I didn’t even know that was an option.”

During her visit to campus her senior year of high school, Gustin met with Professor Takata in the Japanese department to discuss the major, and left the meeting with no doubts about her chosen school and field of study.

Gustin had a passion for Japanese culture prior to her studies at Wake Forest, but found a home in the department on campus.

“It’s like a little family, being in Japanese classes.”

Gustin’s pivotal moment in her study of Japanese was her semester abroad in Kyoto, Japan, the former capital of the country and home to much of the rich history of Japan.

“I went abroad, and for the first time, I was an ethnic minority, because I was a white American,” Gustin said. “Of course, my experience as a white American in Japan was a positive one, but it was interesting because I’d never had to think about my ethnicity.”

Gustin returned from Kyoto with her eyes open towards the way ethnicity plays a role in the Wake Forest community, especially in social situations.

The program, Friendships Beyond Borders, recently became a chartered organization on campus after just a year of piloting.

“Seeing racial reconciliation from international and domestic students at Wake Forest, and even among domestic students with different backgrounds, has become really important to me and for my future career in medicine.”

Gustin knows that the reason that Friendships Beyond Borders is successful is that people at Wake Forest truly care about building relationships beyond ethnic barriers.

She is planning on going to Medical school, but expects that her education and experience with cultural studies has uniquely prepared her for her future.