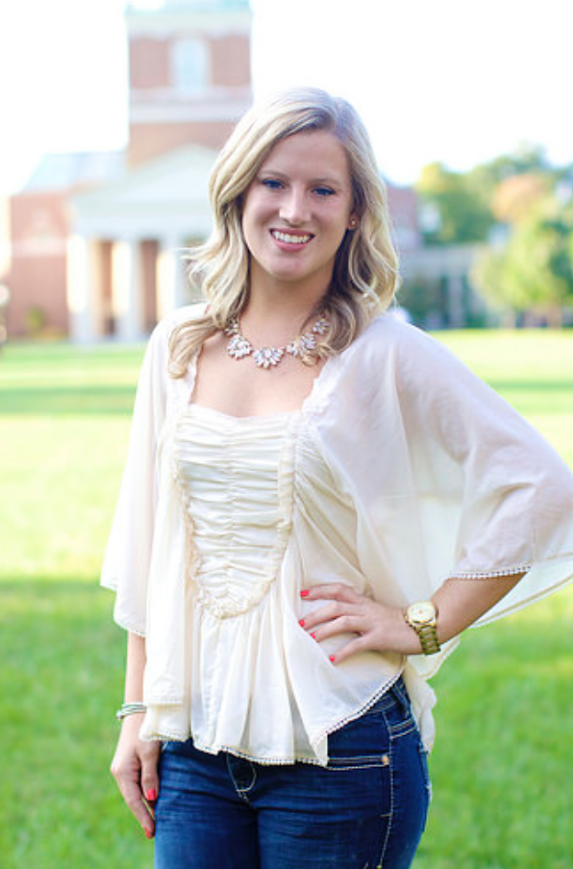 Based on the fact she served as the Head Captain of the Dance Team and Panhellenic President while balancing the rigor of her mathematical business major, it’s easy to see that Rachel Simmons is a woman of many talents.

When looking for a college, she wanted a school that could provide her with a variety of opportunities to utilize her skill sets. Even though she grew up right outside Philadelphia, she was born in Atlanta and always knew she wanted to return to the south for college. In high school she loved how absorbed her school was with football and sports, so she wanted a college that could offer her the same thrill.

“My family always says we have southern blood in us,” Simmons said. “When I started looking for schools, I immediately started looking down in the south and fell in love with the reputation of Wake Forest.”

During her freshman year, Simmons joined the Dance Team and has been a part of the team all four years of her college career. She was selected as head captain her senior year.

“Some of my best memories come from being on the dance team,” she said. “One of my  favorites was traveling with the football team to Washington, D.C. for the bowl game this year. Playing Temple,  beating them in the last minute and storming the field was unforgettable.”

“Also storming the court after our last basketball game this year when we beat Louisville was an amazing way to end my senior year,” Simmons said. “I have had so many awesome memories on the team. The Deacs don’t always win, but when they do, we sure know how to celebrate. It makes it that much more special.”

In addition to dance and her mathematical business major, Simmons also served in several leadership positions within her sorority and this past year served as the Panhellenic President.

“That pretty much took over my entire life,” Simmons said.

During her tenure as president, Simmons was thrown several curveballs. As a snowstorm in Winston-Salem during formal recruitment week caused recruitment to be delayed a day, Simmons had to navigate through the chaos of rescheduling the events.

“Next time I have an interview, I can use that story for anything,” Simmons laughed. “Dealing with the drama and the balance of planning an event so large that had so many moving parts was such an amazing leadership experience.”

Simmons also maneuvered through  a change in administration regarding Greek Life.

“Just recently the university added a director of sorority and fraternity life,” Simmons said. “They have just restructured their whole office and we were the first Panhellenic board to undergo all of the changes. So we were like the guinea pigs who have now laid the foundation for everyone else. It was a lot of building stuff from the ground up and doing things that weren’t necessarily precedented.”

Beyond her activities on campus, last year, Simmons interned at PricewaterhouseCoopers. After graduation she will be returning there to work in financial services with a full-time position. She believes her major truly set her up for her future.

“It’s a major of the future where you can apply anything,” Simmmons said.