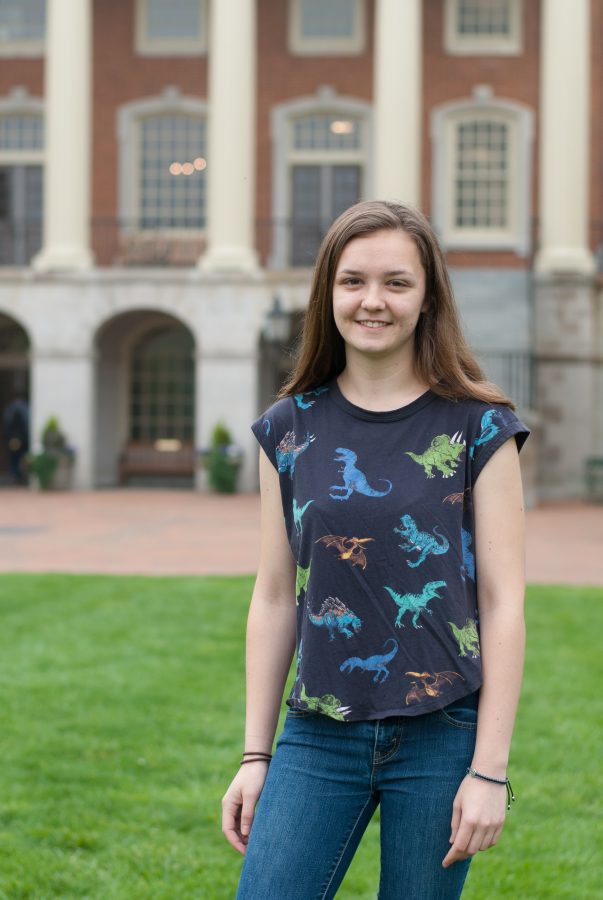 Physics can be a daunting subject for many people. Yet for Angela Harper, it is her calling. When applying to colleges, Harper knew she wanted to study physics, but the opportunities for research and the ability to collaborate with professors was what truly drew her towards Wake Forest.

“I was really interested in research and I knew that a place like Wake Forest, which is small, but is also a university where I could do research and still have in-depth relationships with my professors, was what I wanted,” Harper said.

Two such mentors who have had an especially meaningful impact on her college career were professors Oana Jurchescu and Jacquelyn Fetrow.

“The physics department in general is really a great place, but Jurchescu and Fetrow were instrumental in shaping my college education,” Harper said.

Throughout her four years at Wake Forest, Harper has participated in various research projects in the physics department. She initially joined Fetrow’s biophysics lab studying protein-sequencing algorithms her freshman year. In her sophomore year, she joined Jurchescu’s lab where she studied organic electronics. She also participated in a summer internship at Cornell between her sophomore and junior years studying solar cells.

Because of her dedication and talent for physics, Harper is a decorated student; she has won many awards for her stellar performance in her studies. In her junior year she won the Goldwater Scholarship. In her senior year she won the Speas Award, which is awarded “to the graduating physics major who best exemplified Professor Speas’ spirit and enthusiasm for physics.” She has also been awarded a National Science Foundation grant to fund her PhD studies.

Her involvement on campus is also impressive. She was the president of Women in STEM this past year, playing a crucial role in their attainment of a charter. Some other organizations she is a part of include the Society of Physics Students and the Concert Choir. Harper is also a tour guide. One of Harper’s favorite places on campus is Campus Grounds.

“I really like the comfy chairs when I’m studying because when you’re doing a lot of hard work, you want a comfy chair to help you focus,” she said.

If she can’t be found at Campus Grounds, she is most likely downtown at Camino.

Reflecting on her four years at Wake Forest, a couple of Harper’s most memorable moments were rolling the quad with her family on Parents Weekend and studying abroad in London. What she will miss most about Wake Forest after graduating is the people she has met.

“I have made so many awesome friends here,” she said. “It’s definitely going to be sad. I have a lot of people I am going to miss.”

One day, Harper dreams of becoming a physics professor and ultimately a mentor for future physics students: “my next dream is to do what Jurchescu did for me and help a student get to where I am now and have someone write an article about them.”