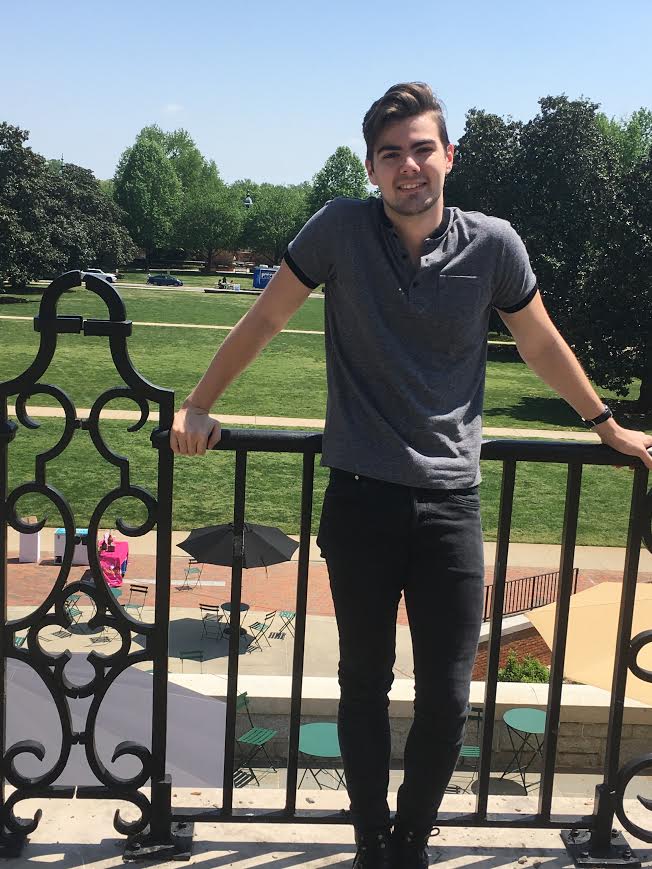 Before Conner Brown realized his interest in philosophy, he already had a passion for debating and discussing big ideas. After debating at his high school in his hometown of Colfax, NC and investigating different programs and teams, Brown was drawn to Wake Forest and applied early decision due to its exceptional debate team.

“Wake Forest was right in my backyard and had one of the best teams in the nation,” he said.

“Philosophy was the only major that I thought teaches you how to be a good person, or at least deal with that issue of what it means to be a good person, and how you should live your life for happiness and meaning,” he said. “Other majors give you a lot of information, but they don’t teach you about the ‘how.’”

Brown cut back on his involvement in the debate team during his later college years to start his own tutoring business, but while he was active, he earned significant recognition for his skills. He was a two-time national championship for the debate team in the first-year division and the second-year division and he was also accepted for the Trials Scholarship Program through Harvard Law School. This scholarship program was intensely competitive; Brown was one out of just 20 students out of 2,500. Aside from the recognition that he was awarded, Brown noted that some of his most beloved memories about Wake Forest involve the debate team.

“Some of my best ones were just from my debate team my first couple years,” he said. “We had these ridiculous van rides where we had these crazy conversations and it was a great group of people who really cared about similar interests and also had a lot of fun.”

In addition, Brown recalled spontaneous and fun memories that Wake Forest has given him over the years.

“For the last year my roommate, Josh, and I have been taking someone new to a chicken place in the middle of nowhere every Friday,” he said. “We’ve had great conversations about crazy topics in an absolutely unique and authentic atmosphere.”

Brown, who is also a sociology major, connected in particular with sociology professor Steven Gunkel.

“One of my favorite recollections was attending a lecture along with Conner hosted by the philosophy department featuring professor Lee in which he detailed the ways international law might be regarding as vigilantism,” Gunkel said. “At that point in the semester, we were dealing with governmental crime such as genocide in my White-Collar Crime class, and Conner and I had some wide-ranging and thought-provoking follow-up conversations. This interaction, and many others like it that followed for Conner and I, demonstrates Conner’s deep commitment to interdisciplinarity, the liberal arts and social justice. I will miss these interactions with Conner but I know he will take that zeal to the next level in his legal studies and beyond.”

After graduation, he will continue to combine his loves of philosophy and debate by attending law school at Stanford and eventually becoming a litigator.

“I’ve decided that I want to go to law school,” he said. “I really love debate and philosophy is all about argumentation.”