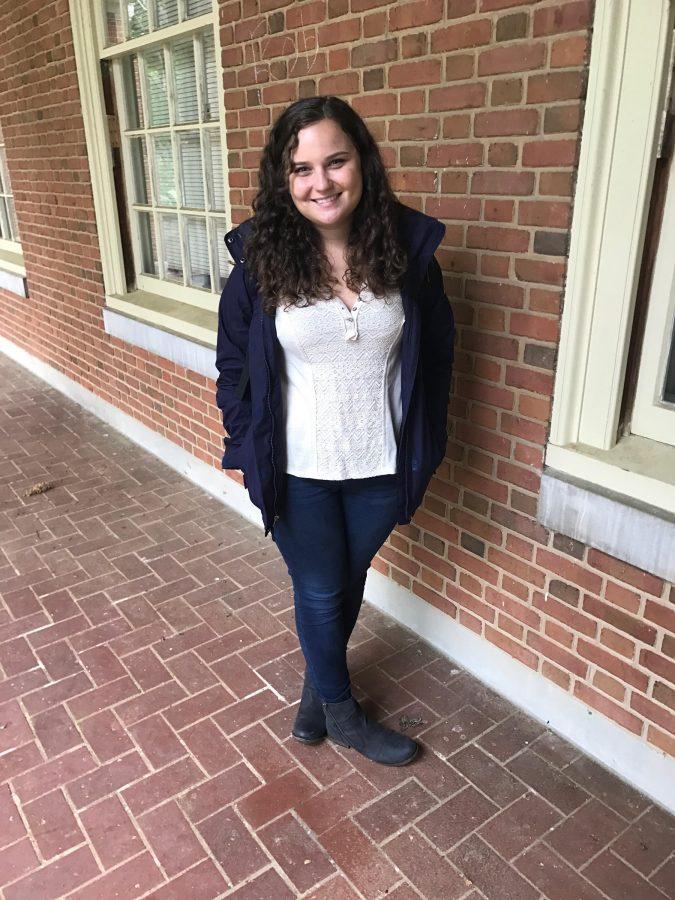 Callie Cleckner arrived at Wake Forest with an open mind as to what her major may be. However, she quickly became interested in sociology after her freshman year.

“After taking an introductory sociology course as a freshman, I was initially fascinated by how class operates in macro and micro ways in order to reproduce inequalities in the U.S.,” Cleckner said.

This course fostered Cleckner’s sincere affinity for sociology, and in mid-May she will be officially graduating with a degree in this subject.

Cleckner loves sociology so much because it gives her the skillset to better understand society.

“The sociology major gives you the tools to discuss and explore how the world works around me,” Cleckner said.

However, Cleckner is not just a sociology major. Beyond her sociological studies, she has also pursued a degree in Women’s and Gender Studies. She claims that this secondary major goes perfectly with her interests in sociology because of the intersections that arise from the two subject matters.

Beyond these intersections, she notes that she has an appreciation for her two majors.

“Both of my majors gave me incredible mentors who encouraged me to pursue educational opportunities,” Cleckner said. “In sociology specifically, I was inspired by a professor to pursue an honors thesis and graduate school. Being in a small department with engaging professors made it incredibly easy to thrive academically.”

Outside of the classroom, Cleckner is very well rounded. She is a member of Kappa Alpha Theta sorority.

Further, she is also an intern at the medical school where she works on a project for developing leadership skills among faculty women. Beyond her Greek involvement and her medical school internship, Cleckner has involved herself around campus in a number of other ways. Namely, she has participated in club softball, performed research for the Anna Julia Cooper Center,and acted as a public engagement fellow for the Pro Humanitate Institute.

After graduation, Cleckner will pursue her masters and PhD in sociology at the University of Indiana.

When asked about where she sees herself in five years, she says, “In five years, I will still be working towards my PhD at Indiana University. Hopefully, I will have solidified my research interests and my teaching skills in order to enter the job market soon.”

During her time on campus, Cleckner took advantage of all of the opportunities that a small liberal arts university has to offer, and the results speak for themselves. However, this does not mean that she sees no flaws in our university.

According to Cleckner, if she could make one change around campus, she would like to see the university cultivate more conscious efforts to support and attract marginalized students.

“This institution is structured in a way that many students from disadvantaged backgrounds are inhibited both socially and academically,” she said.

Despite this suggestion, Cleckner has thoroughly appreciated her time at Wake Forest and has a bright academic future ahead of her.