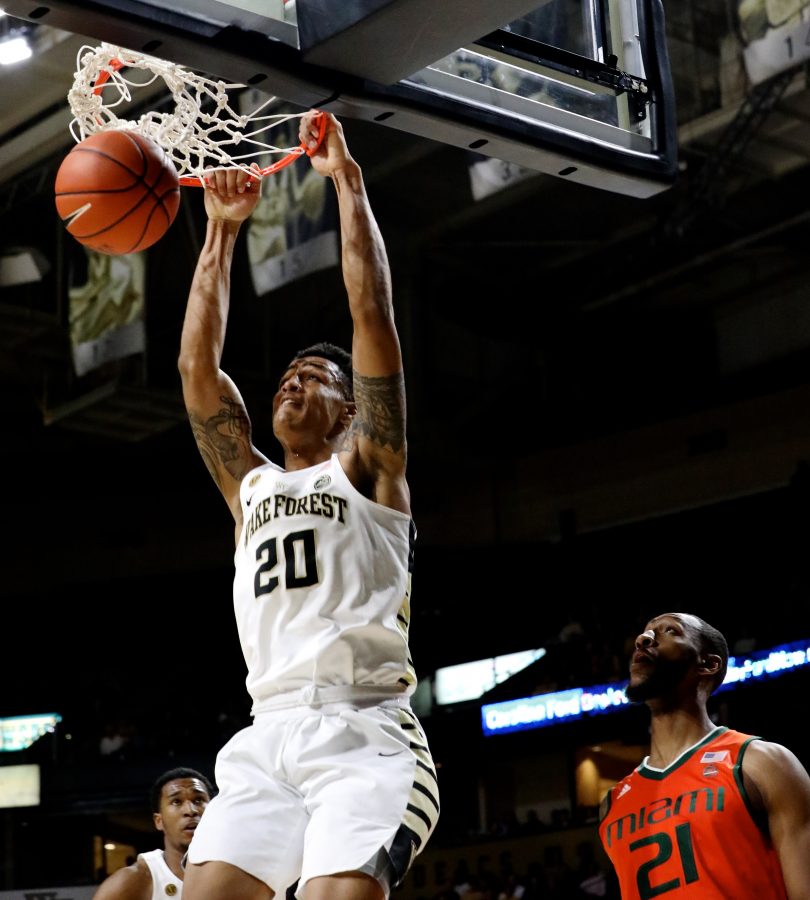 As a consensus three-star recruit out of West Palm Beach Fla., ranked as the 161st best national prospect by 247 Sports, many believed Collins possessed the potential to have a great Demon Deacon career. Few, however, could have fathomed that in just two seasons, the 6-10 forward would climb through the ranks to become a first round pick in the 2017 NBA Draft.

On Thursday, June 22, Collins did what was once considered unfathomable, as the Atlanta Hawks selected the Wake Forest big man with the 19th overall pick. Collins made the Demon Deacon faithful proud, and proved that coach Danny Manning is truly one of the nation’s best in developing young talent.

Manning joined Collins as a special guest at Thursday’s draft in the Barclays Center in Brooklyn, N.Y., and believes the newest addition of the Hawks will have a “great” career.

Collins dominated the ACC in the 2016-2017 season, receiving first team accolades, in addition to the recognition as the league’s Most Improved Player.

The sophomore led the Demon Deacons with 19.2 points and 9.8 rebounds per game and was the only Division I basketball player to average at least 19 points and 9 rebounds.

Collins finished the year with 17 double-doubles and the highest player efficiency rating in the country—the second highest overall since 2009.

Congratulations to Collins who becomes the 14th Wake Forest player taken in the first round, notably joining Muggsy Bogues, Rodney Rogers, Tim Duncan, Chris Paul, Jeff Teague and Al-Farouq Aminu as the next exceptional Demon Deacons to achieve such an accomplishment.

All of us at the Old Gold & Black look forward to following Collins’ career and wish him the best as he takes his talents to the Peach State to join the Atlanta Hawks.