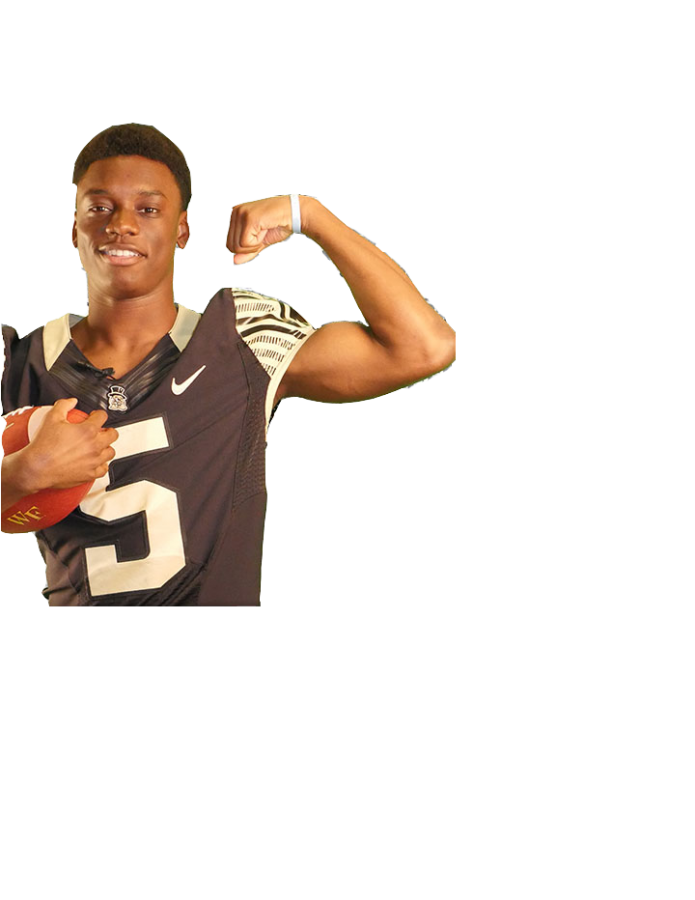 Sophomore cornerback Essang Bassey has been an example of defensive success during this new era of Wake Forest football.

During his short tenure here at Wake Forest, he has had a massive impact on the team’s defensive efforts, recording over 17 tackles last season as a freshman, as well as forcing a fumble. Bassey will be returning to the team this year prepared,  focused, and excited about the future of Wake Forest Football.

What are your expectations for the team for this season?

To just build off that win. You know, there were a few games that we struggled in, or might’ve had an L here or there, so we gotta get those dubs, and keep going to take the next step and take a seven-win to an eight, nine, or 10-win season.

How different has your preseason and preparation been as a sophomore compared to when you were a freshman?

Well, as a freshman, college football was a lot faster. Now things are slower. After this camp, I have more of an understanding of how to play defense. Things are coming quicker, even though it’s a new defense. Things are still basic and the same. It’s just a lot quicker and easier for me.

The football team opens up against Presbyterian on Aug. 31. What has been the general mood around practice?

Just real focused. We take on one game at a time, so all our focus has been on Presbyterian. Just focusing on the details-the little things. Even though they’re an Football Championship Subdivision (FCS) team, we can’t take ‘em lightly, so we’re making sure we’re really focused on everything.

A lot of people are wondering about the competition between John Wolford and Kendall Hinton for the starting quarterback position. What different tools do you think each player brings to the field?

Well, Hinton is obviously more mobile, so he has aspect you have to watch out for. But they’re both great quarterbacks. They both can throw it really well.

Wolford likes to sit in the pocket more, so you gotta be more in tune in coverage, but, you know, they both can throw it. But Hinton definitely has that mobile ability about him.

What would you say was the greatest lesson you learned about football during your freshman year?

Just about how much of a process it is. Going from summer, when you first start, to fall camp, to throughout the season. You know, it truly is a process. You have to focus on each little thing and you can’t get too wide of it.

What NFL or college corner do you enjoy watching?

Now one of my favorite corners is Brent Grimes, for the Bucks. Last year he was really good. He’s a small guy.

What kind of activities do you like to do off the field?

Do you have a message for the fans before the start of the season?

Just that we need your support. We’d love to have your support each and every game. Stick with us and we’ll make you proud.