Student band will attend Battle of the Bands competition 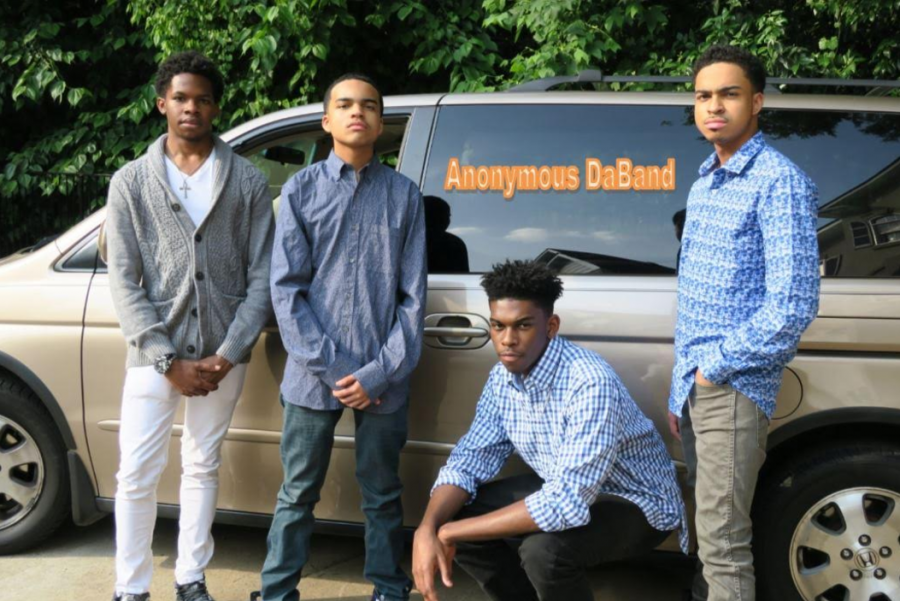 Junior Langston Michael will perform with his Atlanta-based group, Anonymous Da Band, in Prince’s Paisley Park to compete in the MUSICOLOGY — Summer 2017 live Battle of the Bands in Chanhassen, Minnesota starting today, Aug. 31.

“Anonymous Da Band” was selected as one of the nine finalists from an open pool of over 125 entries from around the world. The online competition required that groups submit a video audition to Paisley Park’s official Facebook page.

For the bracket-style competition, three of the nine groups will perform for a live audience at Paisley Park each night for three nights. One group will be selected each night to advance to the final band battle on Sunday, Sept. 3.

Between these three finalists, one artist will be crowned the champion and will receive a unique Artist Development award package, consisting of twelve hours of studio recording time at Paisley Park, a mentorship session with members of Prince’s super group New Power Generation (NPG), and additional career development opportunities to be announced post competition.

“We know our competition,” Michael said. “I’ve checked them out, so hopefully we’ll be able to beat them … We’re trying to win.”

“Prince has been an inspiration for me and my whole band for many years, so I’m excited to go up there and check out where he lived and see his studio,” Michael said.

Anonymous Da Band has performed for Atlanta-area events such as The Atlanta Jazz Festival, the Wade Ford Concert Series and the Atlanta Beltline Concerts. The group of four musicians released their first album, The Odyssey, in 2015.

Michael, who has been performing on saxophone since he was in middle school, also opened for Rae Sremmurd at Wake Forest’s 2017 Student Union spring concert alongside Dean Chatham.