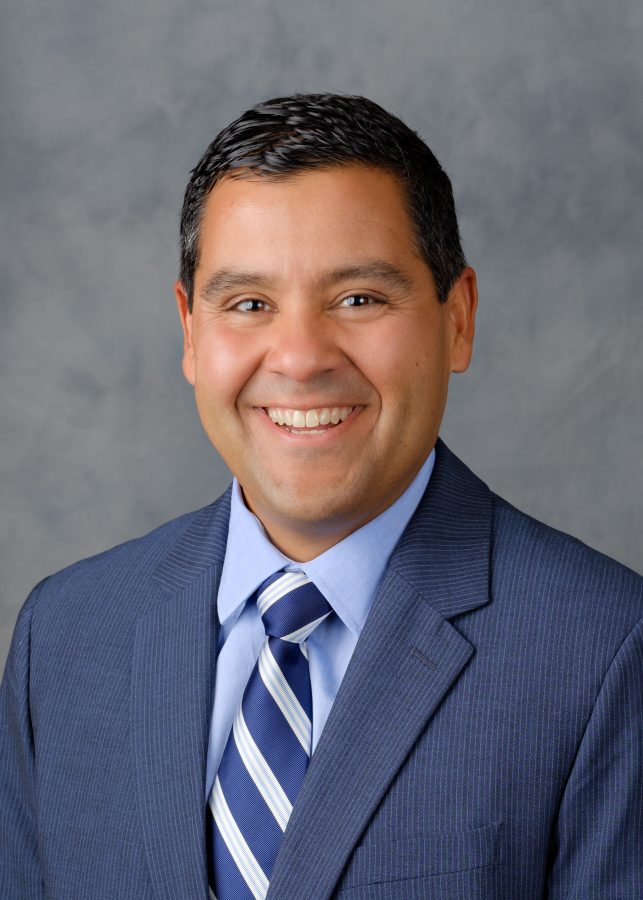 The appointment of Villalba follows Chief Diversity Officer Barbee Myers Oakes’ departure to take the same role at the University of Nevada at Las Vegas.

“To choose someone as interim CDO who’s been deeply involved in this work, who had a comprehensive sense of how the university engages.” Kersh said, “Villalba is that person. He emerged as a natural and ideal choice.”

Villalba’s background includes a faculty position at UNC Greensboro and Indiana State University. At the University of Florida, he received a Bachelor of Science degree in psychology, Master of Education and Education Specialist degrees in school guidance and counseling and a doctorate in counselor education.

Villalba came to Wake Forest in 2011 as an associate professor of counseling with no intention of advancing to administrative roles; however, his teaching and research concerning health disparities in Latinx youth, multicultural counseling and minority populations’ access to and completion of higher education made him a natural fit for conversations concerning diversity and inclusion.

“I helped the college be represented in spaces where inclusion, equity, justice, those discussions were being had,” Villalba said. “It made sense for me to sit in those chairs and in those spaces, because that’s been my research and my teaching agenda since 2001.”

This was Villalba’s role as the senior associate dean for faculty, evaluation, and inclusivity.

In Villalba’s new interim position, he is doing the same work on a larger scale, addressing diversity and inclusion for the university as a whole.

For Villalba, defining “diversity and inclusion” is not just about defining the diverse groups of students, faculty and staff on campus.

“It’s not just about defining where the affinity groups are, it’s not just about defining what people’s identities are and what the numbers are and what the ratios are, but it’s also about the mix,” Villalba said. “It’s about how all of these groups of individuals — those with a certain level of affluence or power and those who don’t have as much power — all interact and get along and where the pressure points are.”

Whether this is done successfully, Villalba says, comes from collaboration between groups of individuals and offices.

The LGBTQ Center, Women’s Center, Intercultural Center and the Center of Diversity Education — which is in charge of providing diversity training to RAs and campus leaders — all facilitate that mix.

“It’s really hard work,” Villalba said. “I often tell my students, one of the difficulties surrounding diversity and inclusion is that those are the kinds of words that few people can come to consensus around. When you live in a space that’s perpetually grey, its hard to define, well, is this closer to black or is it closer to white.”

As CDO, Villalba hopes to be a direct resource for students. While many students may be familiar with accessing diversity and inclusion administrators through the LGBTQ Center, the Women’s Center and the Intercultural Center, he hopes that students will be comfortable with coming to him directly to address issues.

Villalba also emphasizes that he sees the Office of Diversity and Inclusion (ODI) as a forward-facing office that works proactively and preventatively.

“We think of where the pressure points may be on campus, then we think of where the successes and the opportunities may be on campus, and then we partner with other folks, whether its admissions or the office of communications and external relations or residence life and housing, and we try to provide a perspective or a worldview that might make their initiatives that much more relevant to all the folks we have on campus,” Villalba said.

While the office does necessarily have to be reactionary at times, he has seen it handle sudden events of violence and racism in as positive a way as possible.

He believes that ODI is reactionary in a way that has supports students and has a lasting impact on campus climate rather than simply responding to and mitigating the latest issue.