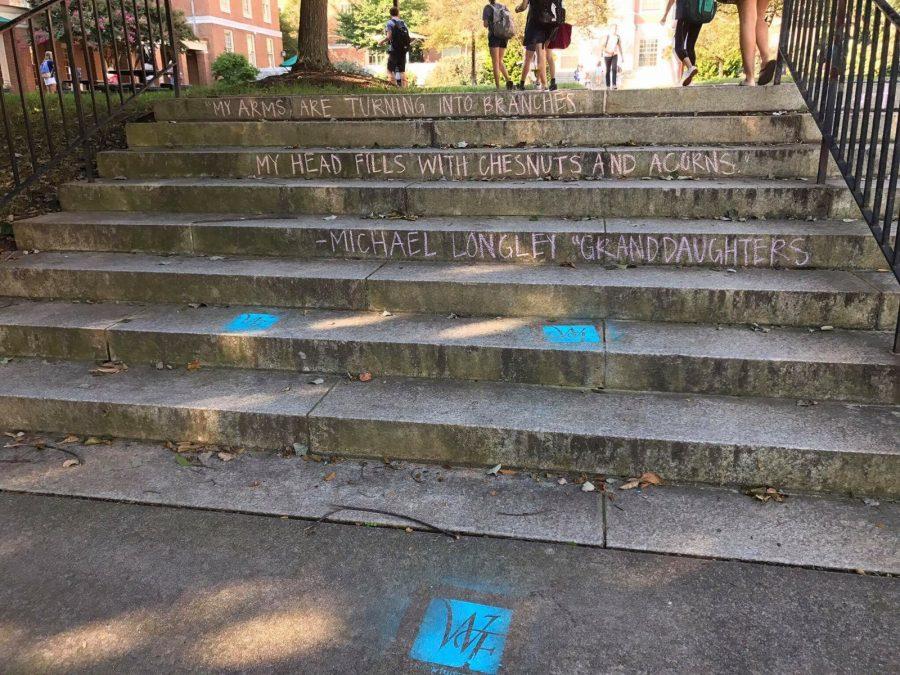 Not all collections of poetry have a muse, and even less would consider more than one love as the pool of inspiration for the artistic work.

But Michael Longley’s new collection, Angel Hill, plants itself firmly in the ground, Irish soil more specifically, and grows out into an artistic representation of touch between family distanced by land and time. This work of art blends the older generation with the new, painting and writing as well the environment of western Ireland to the Scottish Highlands. Two loves, one of nature and one of family, come together into one poetic collection that grows more fulsome as the reader delves deeper and deeper into its lyricism. As it is said in the collection’s epigram, may the “old gate” be the “entrance of spring’s paradise,” as this established Irish poet creates an opening to a hybrid of Irish poetry and the painting of the Scottish Highlands.

The beautiful cover of the Wake Forest University Press edition of Angel Hill exhibits the illustration of Sarah Longley, the poet’s daughter and the person to whom the collection is dedicated. The illustration depicts a flock of birds entwining across the page, meandering like a trail of smoke or a river. The mixing of the birds on the front cover informs the major work of the book, as the Irish poet communicates with his daughter, a painter living in the Scottish Highlands. Even the book’s dedication reads something like a poem, where Longley connects his daughter’s paintings to his poetry as a form of “touch” between family separated by many miles.

While one common tenor of the poetry may be read as “touch” between the father and daughter, another may be the closing in of death on the poet, brought forth through the vehicle of Angel Hill. The poem’s title appears throughout the text, and reads as a cemetery looking out over the poet’s cottage.

In “Solstice,” the poetic voice moves with “walking stick” toward his home where his grandchildren await in the shadow of Angel Hill. The “shortest day” of the day — winter solstice — is coming to the end as fleeting shadows cast upon the narrator of the poem.

A double temporality defines the setting, for although the day will progress to its end — as the poet’s life progresses toward the cemetery on Angel Hill — a new day and a new season, guided by the poet’s grandchildren, will ensue. Thereby, time in the poem is both linear and cyclical: death is sure to come and to be replaced with new life

The collection’s title poem, “Angel Hill,” sees the poet address his daughter directly, as she takes on the role of “caretaker” of the graves in the cemetery through her “easel and brushes.”

The sense of “closing the gate” in the poem is two-fold; one of the poet’s daughter guarding the cemetery and the other of her painting in the footsteps of her father’s artistic career — echoing the collection’s epigram. Her art, and perhaps art in general, is the only form of “touch” available between the greatest distance known to man — the distance between life and death.

Longley’s collection invites these deep, sentimental readings from an overtly light and beautiful subject matter. It is perhaps the greatest strength of the work, in that you never get a heavy feeling on your chest while reading, but only a fleeting touch of the Irish seaspray that is the poet’s muse. Then, through time and patient reading, you may dive deeply into this rewarding work.