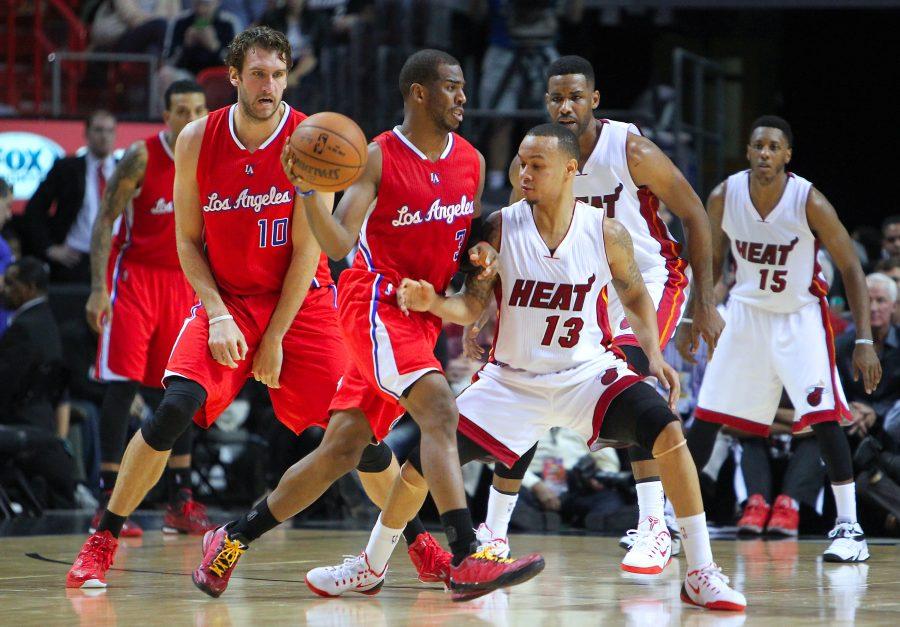 Last week featured an update on the newest Demon Deacons to sign professional contracts and take their games to the next level.

We discussed the summers of John Collins and Dinos Mitoglou — who opted to forgo their respective junior and senior seasons to join the Atlanta Hawks and Panthinaikos (Europe), respectively — and Austin Arians, who signed a deal with BC Khimik Yuzhny, to continue his basketball career in Ukraine.

This week, we discuss the movement of Demon Deacon legend, Chris Paul from Los Angeles to Houston and evaluate the status of the 2018 Wake Forest basketball recruiting class — taking this week as an opportunity to look back at Deacons of both the past and the future.

Paul will join James Harden in Houston, giving the Rockets two All-Stars in the backcourt to compete against the rest of the Western Conference, giving them a greater chance of taking down the Golden State Warriors.

In what was one of the most eventful summers the NBA has ever experienced, the Rockets acquired Paul from the Los Angeles Clippers in exchange for Patrick Beverley, Lou Williams, Sam Dekker, Montrezl Harrell, Darrun Hilliard, DeAndre Liggins, Kyle Wiltjer, a protected first-round pick next year and cash considerations.

The Rockets acquired Hilliard from Detroit and Liggins from Dallas for cash considerations before adding them to the deal.

For Paul, this move seems to make a lot of sense. He is a nine-time All-Star who has averaged 18.7 points, 9.9 assists, 4.4 rebounds and 2.3 steals over his 12-year career, yet has struggled immensely in the post-season. In six seasons with the Clippers, Paul’s team could not advance beyond the first round on three occasions, and the Western Conference semi-finals on the other three.

Change was needed for Paul, and joining the Rockets and the star that is James Harden offers an attractive opportunity for a championship run.

By opting into the final year of his contract, Paul now has the option to see if this Houston experiment works. And if it does, it could create a scenario where he would want to stay and perhaps recruit others to join him in the Lone Star State.

Time will tell if this experiment is beneficial to both Paul and the Rockets. For Demon Deacon fans, however, this move should be exciting, because it puts Paul in a better position to compete with the rest of the Western Conference and make a run at a championship.

The hype around basketball recruiting has not been as great around Wake Forest since the Harry Giles sweepstakes of 2015, when the nation’s number one recruit gave serious consideration to remaining in Winston-Salem to play for his hometown Deacs. Giles ultimately chose to attend Duke and become a Blue Devil, a decision that momentarily drained Wake Forest fans experiencing the emotional disappointment of missing out on the nation’s best player.

Two years later, the excitement and anticipation of recruitment is back as Wake Forest received a commitment from Jaylen Hoard, a five-star small forward from France (currently attending Wesleyan Christian in High Point, NC), who is considered by ESPN to be the No. 19 player in the 2018 class.

Hoard is the second commit in the class of 2018, joining combo guard Sharone Wright Jr.

The early commitment of Hoard could prove important as coach Manning now has the selling point of playing with a talented SF as his staff prepares to host PG Michael Devoe and SF Isaiah Mucius on September 15, and PG Ayo Dosunmu and PF Nate Roberts on September 29.

Dosunmu is considered by 247 Sports as the No. 27 player in the country. Landing the talented guard from Chicago, IL, would be a huge pick up for the Deacs and would certainly put them in contention for having one of the highest rated recruiting classes in the country.

Given the fact that the two dates of visits land on the homecoming and Florida State games, respectively, recruits should experience the best of Wake Forest.

Time will tell, but this 2018 class could be one to remember.