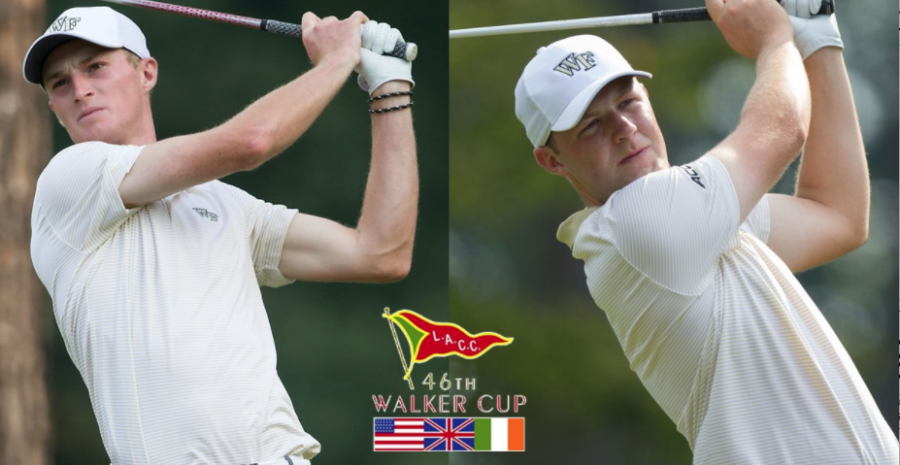 Seniors Will Zalatoris and Paul McBride faced off in the 2017 Walker Cup, competing for the U.S. and Ireland respectively.

Ahead of this year’s Walker Cup Wake Forest great Webb Simpson tweeted that his participation in 2007 was one of his favorite moments as an amateur and encouraged those competing to soak up this special experience.

Exactly one decade has passed since Simpson competed alongside fellow Americans Rickie Fowler and Dustin Johnson and against Irishman and future four-time major champion Rory McIlroy, but it was more than just the reflection on 10 years that prompted the 2012 U.S. Open Champion to share words on the historic tournament.

Zalatoris and McBride had a chance to face each other on the first day of competition.

On Saturday, Sept. 9 McBride and partner Connor Syme defeated Zalatoris and Doc Redman 3-2 in the foursome competition. But later in the day, Zalatoris won his singles match while McBride fell to American Collin Morikawa 3-2, giving the U.S. an 8-4 lead after day one.

On Sunday morning, Zalatoris teamed with Cameron Champ for a 6-5 win over David Boote and Jack Davidson. McBride teamed with Syme again, falling to Norman Xiong and Morikawa 2-Up.

The competition concluded Sunday afternoon with the second round of singles. Zalatoris posted his second singles win of the weekend, downing Davidson 3-2. McBride suffered a 6-5 loss to Braden Thornberry.

The competition ended on Sunday and the U.S. team earned a 19-7 victory, giving Zalatoris bragging rights over teammate Paul McBride as the pair returned to Winston-Salem for another week of classes.

After a decade, in 2017, it was Simpson reflecting and sharing words of encouragement to two aspiring professional Demon Deacons competing in the Walker Cup. Perhaps in 2027 it will be Zalatoris and McBride sharing similar words to the next line of Wake Forest golfers.