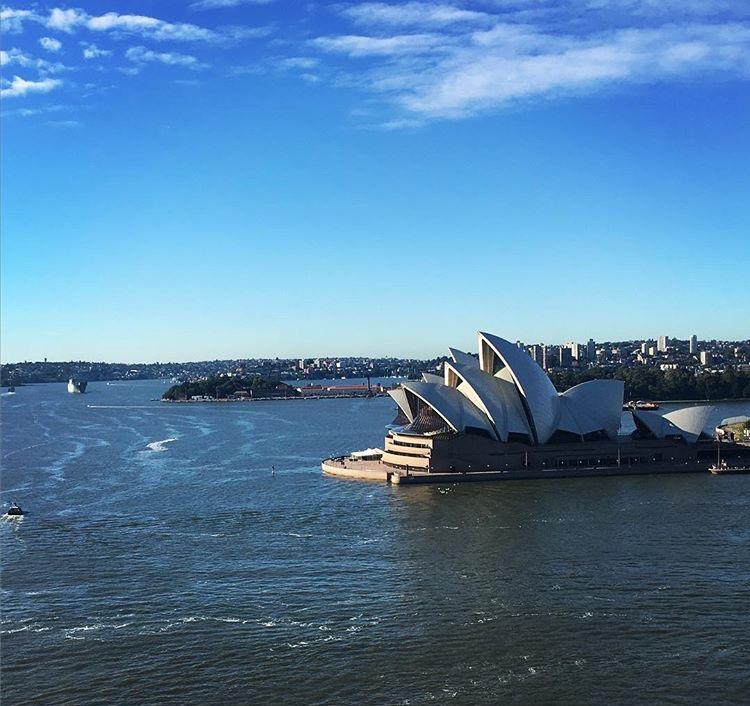 Nearly two months have passed now since I hauled my bags from the Opera House and up the cobblestone street through The Rocks looking for my hostel.

Now, wrong turns are rare, and I walk home each night without a map to my apartment in Redfern, a small suburb near the University of Sydney. I still get a thrill every time I step off the train at Circular Quay station and see the Opera House through the station window, complimented by the grand Harbour Bridge to the left. The brilliant blue, undulating water of the harbor and the palm trees that line the docks make for a perfect scene of Sydney.

At this point, I have fallen into the ebb and flow of classes and lectures. Discussions are invigorating and relevant, often moving their way between Australian politics and American politics. At the start of each week, after class, I walk to the markets to pick up my groceries for the week, passing the neighborhood pub and the cafe on the way back. By Wednesday, my week is nearly over, allowing for ample time to explore the city and travel each weekend. As I write in the kitchen, watching the cars pass by on the street below, I recall the last excursion that our suite embarked on together.

The Whitsunday Islands, some of the most extraordinary islands in the world, were only a two hour flight. When we stepped off the plane and onto the runway after a two hour flight north, the air was far warmer than it was in Sydney, and it smelled tropical. From the plane window, I caught a glimpse of the shimmering blue water and the islands that sat contently far off in the distance.

The airport, no larger than a classroom, consisted of two gates and a few security guards at best. The bustle of the city was gone, replaced by a slower version of island time. Everyone was buzzing about the new Queensland landscape that lay before us and the promise of the reef.

That next day on the reef was nothing less than sublime. The water was crystal clear and warm, and we passed by turtles and whales as we made our way through the islands by boat. The visible world was glorious, but the life that lay beneath the surface of the water was even more impressive. Once I put my snorkeling mask on and jumped off the side of the boat, I could see thousands of sparkling, striped fish pass right beneath me, around mountains of colorful coral.

An hour of diving and exploring this wonder of the world passed quickly, but the paradise that was Whitehaven Beach satisfied any remaining desires. Me and my suitemates sat on the palm lined sand, watching the sea planes land and taking in one of the most perfect days I can remember.

Life back home, in Sydney, is still its own version of paradise. Wednesday was the hottest day of the winter so far, and my friends and I took the train straight to Bondi Beach after class to catch the surf. I rode the train home and walked through the station barefooted, back to my suite, which I share with company of the highest quality.