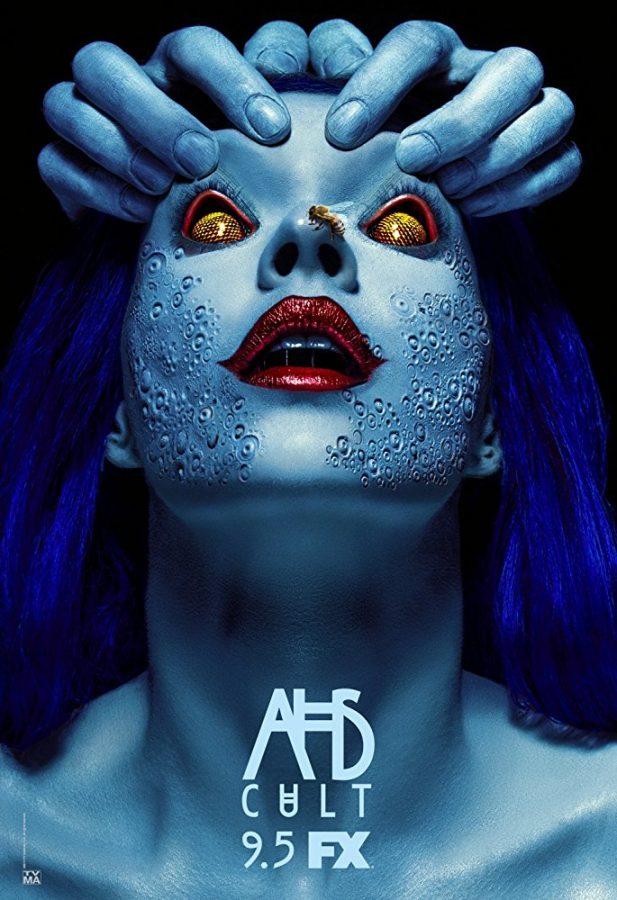 American Horror Story: Cult begins on Election Night of November 2016, a day that those on either side of the political spectrum remember. Paulson’s character, a woman named Ally who suffers from extreme anxieties, lives with her wife, Ivy, and their son, Oz. On the night of the election, Ally expresses her disgust and fear as a result of the new President elect, Donald Trump.

In another scene, Peters’ character, Kai Anderson, screams in joy at the election results and literally begins to hump his television.

Just in the first episode, viewers are exposed to many new themes. Kai and Lourd’s character, Winter, share a pinky promise reminiscent of a cult ritual. The theme of fear and delusion are introduced, as Ally is deathly afraid of clowns, holes, dying and the President.

Her intense fears cause her to hallucinate, leaving viewers to ask themselves what is real and not real … Or better yet, who is involved in the “cult,” and are they leading Ally to believe that what she sees is a hallucination?

As Murphy and Falchuk prove time and time again, however, everything is not as it seems. Viewers are shocked in the second episode, and although I will not spoil it for you, I was extremely taken aback at the situations that occurred. Leaving audiences with a cliffhanger as usual, Murphy and Falchuk do a great job at tapping into the fears of viewers everywhere.

It is interesting that Murphy and Falchuk chose to go with the overarching theme of the 2016 election, as the writers usually try to stick to things that are otherworldly, such as aliens in an insane asylum, ghosts in a murder house, witches or vampires in a hotel owned by a serial killer. Although this season does deal with an extremely controversial topic, Murphy and Falchuk do a fantastic job at not pinning opinions onto those who voted either way. Ally, the protagonist, voted for Jill Stein. Winter voted for Clinton. The writers do not place blame on either side, which could easy have been an obstacle that caused a loss in viewers.

Because of the season’s already exhilarating start, audience members cannot wait to tune in to American Horror Story: Cult on FX on Tuesdays at 10 p.m.