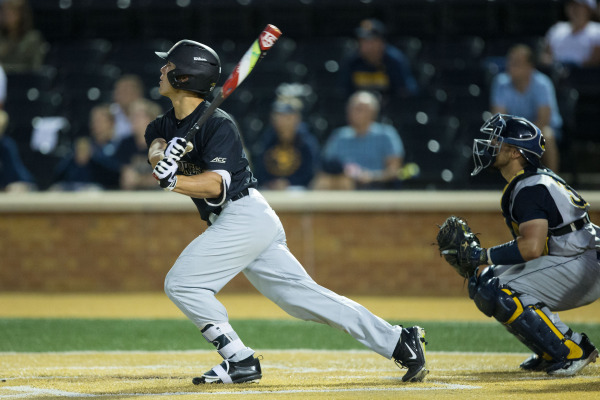 On Sept. 20, the head coach of Wake Forest’s baseball team, Tom Walter, released the 2018 schedule for the Demon Deacons.

The schedule includes a total of 56 games. Twenty-six of the scheduled games are against 2017 NCAA Tournament teams and 30 will be played at David F. Couch Ballpark

Wake Forest made an impressive run in the NCAA tournament before losing the Super Regional series 2-1 against the eventual tournament champion Florida Gators.

Wake Forest appeared to have all the momentum  after hitting an extra inning walk-off home run heading into a winner-take-all game three. The lack of depth in the Wake Forest pitching staff was eventually their downfall, as they were unable to compete with Florida’s talented pitching staff in game three.

The Deacs will open the season at home against Georgetown, Navy and Gardner-Webb from Feb. 16-18. Following the series of games at  home, the Deacons will fly out to the West coast for a three-game series at Santa Clara from Feb. 23-25. Following the West coast series, they will return home for a three-game series against Central Connecticut from March 2-4.

After losing Stuart Fairchild, Gavin Sheets and Donnie Sellers to the MLB draft, the Deacs will have to work hard and rebuild in order to prepare for the upcoming season.