Week two in the NFL: A recap of Sunday’s events 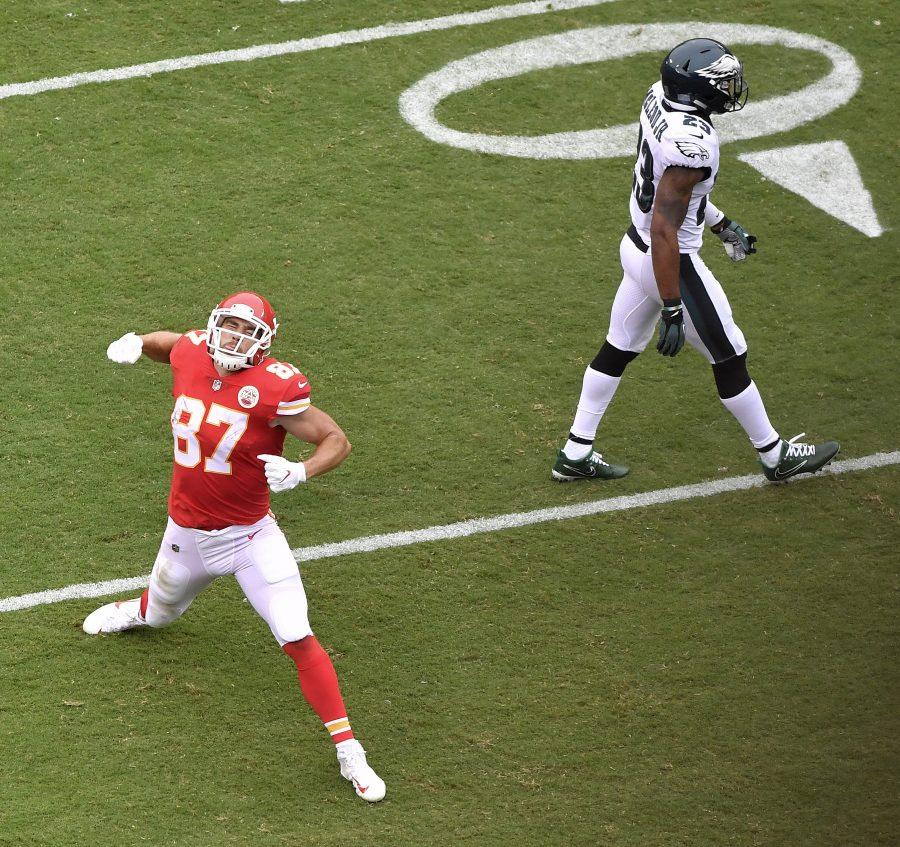 The 2017-18 NFL season got into full swing in Week 2, as some of the league’s top teams turned in impressive performances.

Maybe the most dominant showing of the week belonged to the Denver Broncos. Facing a Dallas Cowboy team who many experts pegged as early favorites in the NFC, the Broncos controlled both sides of the ball en route to a 42-17 blowout victory. Bronco quarterback Trevor Siemian tossed a career-high four touchdowns while the Bronco defense intercepted Dak Prescott twice, including a late-game pick-six by Aqib Talib.

Embattled Cowboy star Ezekiel Elliot was able to total only eight yards on nine carries and was thoroughly outplayed by his Denver counterpart CJ Anderson, who rushed for 118 yards and touchdown and added 36 yards and another score through the air. Elliot, who had reached 80 yards on the ground in 15 straight games coming into Sunday, will look to rebound as the Cowboys travel to face the Arizona Cardinals next week.

The reigning Super Bowl Champion New England Patriots were also able to pick up an important win, bouncing back following a surprising opening night defeat with a 36-20 victory over the winless New Orleans Saints. Tom Brady again turned in a spectacular game, leading the Patriots back to .500 on the year despite a 356 yard, two touchdowns effort from Saints quarterback Drew Brees. The 40 year-old New England signal caller dazzled with a near perfect performance, taking advantage of a porous Saints secondary to the tune of 447 yards and three touchdowns.

Not to be outdone by Brady and the Pats, the AFC contender Pittsburgh Steelers, Oakland Raiders and Kansas City Chiefs all earned convincing victories and moved to 2-0 on the season.

The Steelers prevailed 26-9 against a short-handed Vikings squad who were forced to start quarterback Case Keenum in place of the injured Sam Bradford while the Raiders downed an overmatched Jets team 45-20 behind three touchdown receptions from Michael Crabtree.

The Chiefs avoided a let-down after their Week 1 upset of the Patriots with a hard-fought 27-20 win over the Philadelphia Eagles. The Chief offense, a unit which has not been ranked top 10 in the league since 2005, continued to look impressive. Rookie running back Kareem Hunt built on a record-breaking debut with 109 total yards and two touchdowns while quarterback Alex Smith added 251 yards and a score through the air. Hunt now sits at 355 yards from scrimmage on the season, and his five touchdowns are the second most ever totaled through the first two games of an NFL career.

In NFC action, the Seattle Seahawks were able to earn their first victory on the young season in an ugly 12-9 contest against the San Francisco 49ers. Seattle was held out of the end zone until quarterback Russell Wilson connected with receiver Paul Richardson with 7:06 remaining in the game.

Despite the win, there is real cause for concern in Seattle as the offense turned in an anemic performance for the second straight week.

Behind a putrid offensive line the Seahawks have totaled just 21 points through two games and will need to right the ship quickly if their Super Bowl aspirations are to be realized.

In a highly anticipated contest between a pair of teams vying for the NFC crown, the Green Bay Packers traveled to Atlanta hoping to avenge their loss in last year’s NFC Championship game.

However, it was the Falcons picking up where they left off last season, again dominating the Packers in a 34-23 victory. The Atlanta defense was aggressive from the gun, forcing two Aaron Rodgers turnovers, including a sack-fumble that was returned for a touchdown by Desmond Trufant, which helped the Falcons build a comfortable 34-10 third quarter lead.

After Falcons’ offensive coordinator Kyle Shanahan left to become the head coach of the San Francisco 49ers, there were questions regarding whether or not their offense would be able to return to its historic form under new offensive coordinator Steve Sarkisian. Sarkisian’s play calls allowed the offense to perform at a level more similar to last season.

The impressive showing came just a week after a shaky performance against the Chicago Bears, where the Falcons won 23-17 and came within yards of allowing a game-winning Bears touchdown. The Falcons’ win against the Green Bay Packers certainly will help silence any talk of a potential “Super Bowl hangover” in Atlanta after last year’s loss to the New England Patriots.

With the win, the Falcons join the Panthers and Lions as the only undefeated teams in the NFC and become just the fourth team to start a season 2-0 following a Super Bowl loss.

The season will continue on next week  as all 32 teams return to action in Week 3, beginning when the Los Angeles Rams face the San Francisco 49ers on Thursday night.